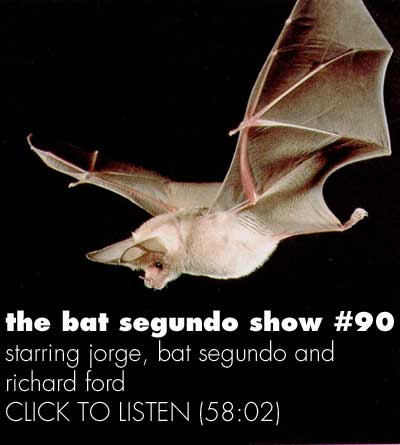 Condition of Mr. Segundo: Trying to get the lay of the land.

Ford: I don’t think of [Haddam] as a character. I think of it as just the backdrop of what the real characters, which is to say the human beings in the book, do in the foreground. Setting for me is always just the context that makes what people do more plausible. And I invented Haddam out of what experience I have had and continue having in central New Jersey. And so for me it was an amalgamation of a bunch of different places that I sort of organized under the name Haddam. And it never really was intended to be more than that, except as these books began to develop to be more about American cultural life and American spiritual life in the suburbs, it sort of rose to become a bit of a touchstone subject in and of itself. Because in describing a town’s housing stock, in describing moratoriums, in describing sprawl outwards from these little towns, that became for me a subject I never intended to find but did find and then did use.