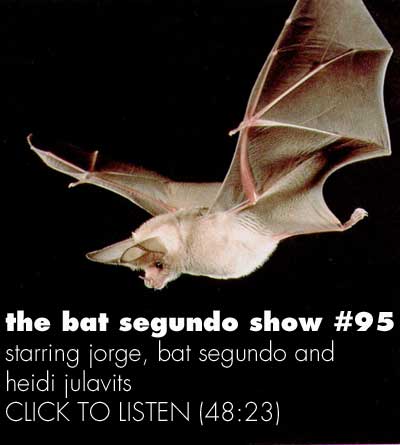 Correspondent: For example, Nick Hornby’s column. I mean, there’s a risk that he can be almost a more highbrow form of Harriet Klausner in the fact that he writes nothing but positivism.

Correspondent: I mean, isn’t there something about laying one’s cards down on the table and offering not necessarily — okay, to bring up the Dale Peck review.

Correspondent: I object more about the literalism behind the amazing sentence “Rick Moody is the worst writer of his generation.” That’s an extraordinary thing to say.

Julavits: Also unprovable though. I guess I feel like the reason that I feel like there are writers who are extremely critical, and I mentioned them in my essay. But Daniel Mendelsohn — I mean, that guy pulls no punches. But he only says things that are actually provable, thereby showing that he is a serious intellect. You know, he’s not out there just to throw slanders around and call attention to himself, which is what Dale Peck — I didn’t want to read past that first sentence. Because this is not going to be an intellectually serious takedown of Rick Moody. This is just going to be someone throwing their fists around.