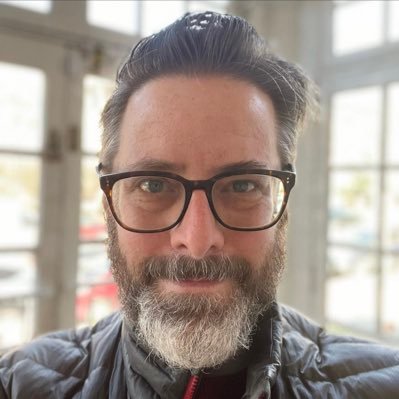 Samuel Adams is a shit stain on journalism. He is a predictable opportunist who aspires to take out one of our greatest living historians, but he’s too much of a fuckwit to produce receipts.

Sam Adams is one of those sad, witless, and not very bright fuckwits who, like many deplorable and shady opportunistic hot take merchants whoring whatever remains of his questionable soul to Slate, truly believes that he’s above journalistic scrutiny. He’s akin to a corrupt cop who believes that he’s above the law. Except that there isn’t an internal affairs department and Adams will carry on with his ignoble hackery, regularly banging out doggerel like some suborned deadbeat. You see, when you sign onto the Faustian bargain of toiling (or, more appositely, trolling) for Slate, you immediately understand (or should theoretically understand) that you’ve just sold your feeble spirit for a certain cynical discount deal. The masters exist to be destroyed, even if you can’t produce the receipts. And Adams, who is so dimwitted and so incompetent that he can’t even observe the plain-as-day fact that Beyoncé attended the Oscars with her husband Jay-Z, believes that he has what it takes to take down Robert Caro! This fatuous gasbag claims to have uncovered four major errors in The Power Broker. But rather conveniently, this grasping amateur, inexplicably collecting a regular paycheck for his steadfast gaffes, has failed to produce any evidence. And when publicly called out by a principled bald man in Brooklyn via Twitter and TikTok, Adams has refused to respond. Because Sam Adams is, like most media people, a bloodless coward. He is a colossal shit stain on journalism and I wish I could summon the spirit of Janet Malcolm to rise from the dead and beat the living daylights out of this unprincipled, talentless, and self-serving hack.

Adams is one of those moribund fucks who lives to destroy. He thinks that he’s Fred Kaplan, but he’s really more of a hopeless fuckup: the Andy Dick of the media world. Say something provocative. Don’t offer proof. And continue to win the attention of a hopelessly corrupt media elite who you have managed to charm over drinks.

How piss-poor of a “journalist” is Adams? Well, this pathetic fuck can’t even get the title of the Succession Season 3 finale right! This, despite the fact that the episode title is remarkably easy to corroborate. This sad basketcase can’t even look at the calendar to know the day that Debbie Reynolds died. This mediocre man can’t even spell Margery Sharp’s name correctly — and, frankly, this isn’t all that great of an ask. Properly spelling a name composed of a mere twelve characters ain’t exactly the equivalent of free-versing in French for five minutes.

And now, Sam Adams, you really believe you have what it takes to take out Bob Caro? The Power Broker has been in publication for almost fifty years. You’re truly arrogant enough to believe that you — of all enervated minds — are the guy who can take Caro down? Well, where are the specific examples, you supercilious fuck?

I want to be clear that I fully welcome a reappraisal of Robert A. Caro’s work. But if you cannot provide evidence, then you are no different from some ambulance chaser. You are a sick and twisted opportunist who knows deep down that you do not have the balls or the acumen or the social gusto to go toe-to-toe with one of our greatest living historians. And you certainly don’t have what it takes to cultivate sources in the masterful way that Robert Caro did.

Samuel A. Adams, why aren’t you pumping gas in New Jersey? You have no business being a journalist. Coffee is for closers, you dumb useless son of a bitch.

Oh, and if you’re going to do dopey podcasts for Slate, learn how to speak properly and, for fuck’s sake, don’t use your goddamned computer mic. It’s embarrassing. Take an elocution course and invest in real audio equipment. I recommend an AKG C414, which has nine pickup patterns, one of which will probably provide succor for your adenoidal and illiterate voice. Or, if you can’t afford that, a C214. I could do your job in my sleep. You can’t even perform your job duties in your waking hours.