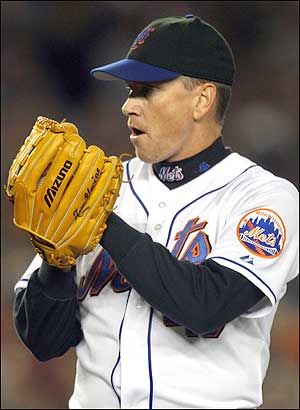 Two days ago, Mr. Bryant thought to mock the good Mets fans within the litblogosphere. Oh, but what a difference a few days make! In light of the 13-0 win over the Marlins and the — *ahem* — LOSS of the Phillies against the Nationals yesterday, I’d say we have ourselves an interesting situation here. A very interesting situation indeed. As a result, Flushing Meadows has changed its book club selection: 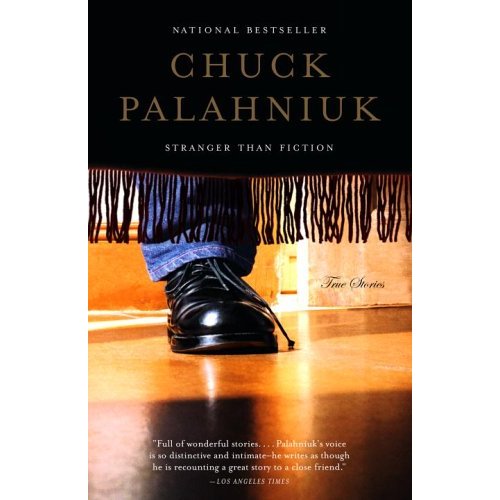 [UPDATE: As of 2:00 PM on Sunday, things aren’t looking very well. The Marlins are leading 7-1 against the Mets. The Nationals are losing 0-1 to the Phillies.]

I’ve been torn on the whole Barry Bonds thing, because I feel that I have been conned and that I’ve known all along that I’ve been conned and that the only way to go about getting excited about baseball was to remain hoodwinked. Because this sort of thing comes with the territory when we talk baseball. Bonds’s achievement is anticlimactic, because we all know that he was going to do it. Yes, I’m a Giants fan and I tried to see as many games as I could. And while I could not accept Bonds’s hubris through a television, I somehow found myself chanting “Barry!” with the fans in the bleachers every time I saw his lumbering presence in left field. Because let’s face the facts. The Giants need a blustering presence like Bonds in order to matter.

But since 756 was caught by a Mets fan, and since I have spent the past two months attempting to shift my Giants allegiance over to the Mets, this has only confused matters. On the plane ride over, my peremptory pilgrimage from San Francisco to Brooklyn, no turning back, there was a game I was able to access through the JetBlue LCD screen. They have those little teevees, you know. And since I don’t watch the boob tube, it was a bit of a luxury. Sure enough the Giants were up against the Mets. And Armando Benitez fucked up a perfectly good game by balking twice. Such horrendous mistakes like this were enough to maintain my Giants partisanship and accept the troubling enigma known as the San Francisco Giants.

But I felt nothing when I heard the news about Bonds. And I suppose my true feelings concerning plate armor and steroids came through in that moment. Perhaps it was distance from my former hometown. Or perhaps I finally recognized Bonds as a fraud of the first order.

I accepted Bonds because he reflected that dismaying corruption that rides like an apocalyptic horseman through San Francisco. If ever there was a batter who represented San Francisco’s strange duality, it was most certainly Bonds. He was the Gavin Newsom who schtupped his campaign manager’s honey. He was the Willie Brown who oozed with corruption. He was the drifter who managed to dupe an overly trusting city.

Not that you can’t find that kind of duplicity here in New York.

But I accepted Bonds because he was part of the team. He provided a rallying cry, a center of gravity. And before he signed that contract with the devil, he was a good player.

So I’m glad that Bonds has finally done this. Because it means I can restore my baseball partisanship to its default setting — which involves rooting for the hometeam.

Now I turn to the Mets. They’re the team for me. But I won’t be able to shake off the Giants so easily.

One thing’s for sure: the Los Angeles Dodgers are not to be applauded, celebrated, or regarded at all costs.

Chipper Jones pops the ball. It looks like it’s going to be your garden-variety line drive. But Tulowitzki’s on it, rushing to second base before you can comprehend that he’s about to make the thirteenth unassisted triple play in baseball history. It’s that great leap of the arms to Edgar Renteria that gets me, flying forward like the dangling entrails of a muskrat punctured by an interstate semi. A balletic burst, the flicker of tendrils, just to get that improvised third out. It all goes down in a blink. It’s an Aristotlean plot structure unfolding in seconds. Renteria knows it. He stops in his tracks and Tulowitzki is simply too fast, too ambitious, too in the moment to not seize the nanosecond.