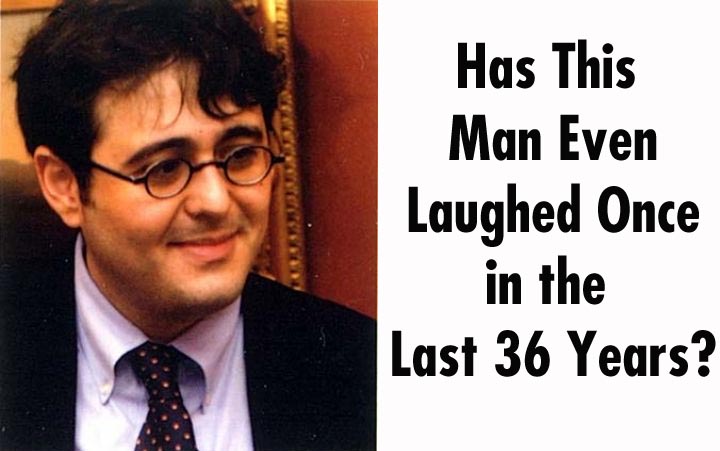 Adam Kirsch recently argued that recent essays should not be called essays. But can he accurately read the motivations of essayists? And is he living in the right century?

As the essayist’s hairline receded, expanding a pale crescent patch where no follicle would sprout for the remainder of the essayist’s natural life, the critic Adam Kirsch had already killed the essayist’s jocular efforts to confront this biological aspect of getting older. The essayist had deigned to entertain himself, with the idea that others might share his laughter, and was therefore a raging egomaniac. The essayist had squandered his potential. He could write a funny or even vaguely literary sentence — indeed, he was tittering over the idea of his head as a gardening region for hair when he wrote that first sentence — but that joy which the essayist wished to impart to his reading audience, whoever they were, would involve the audience “knowing the rules of the game.”

The essayist, not knowing which game was being played, consulted the instructions for Trivial Pursuit, the board game closest to his reach in the closet and discovered this paragraph under the heading Winning the Game:

The essayist had never intended to make his way to the hub. But instructed by Kirsch, he knew that even if he did collect all six scoring wedges, he would never be “truly confessional” or “never intentionally reveal anything that might jeopardize the reader’s esteem.” The essayist (hereinafter referred to as “the Playah”) never realized that he was actively engaged in confessing anything while writing an essay, much less living up Kirsch’s snobbish and antidemocratic ideal. And the Playah has never known any other Playah who has, during the act of baring her soul, looked upon the contents of her emotional cupboard and measured the very difficult ingredients in some analytical Pyrex measuring cup to be held up in relation to the audience. If “Love me” is the “all-but-explicit plea” that any Playah adopts in writing an essay, is this so bad? Doesn’t contending with feeling, especially difficult feeling, involve establishing some minimum camaraderie? Even if you don’t quite know who you’re connecting to during that exciting moment where you’re sifting through experience and trying to make sense of it and not really knowing how it’s all supposed to measure up?

Not if you’re an analytical and fairly humorless* critic who wishes to uphold measures (Philip Larkin from a 1984 book of leftovers, natch) that haven’t applied to essays for more than a hundred years. For according to Adam Kirsch, the Playah (hereinafter referred to as “the essayist”) is a narcissistic phony primarily concerned with what the reader will think! The present-day essayist was now “performing” and applying “motives of amour-propre.” And it was important to use amour-propre because it was fancy and French and was better than typing out “self-respect.”

Unfortunately for Kirsch, the Internet presents us with a method of ascribing author intention, that cheap harlot often plucked from the rabu hoteru of the contemporary critic’s lonely mind, that is more accurate than vulgar speculation:

Sloane Crosley, The Days of Yore, November 12, 2012 interview: “But that’s the answer for essays and reviews and journalism. A goal the larger sense? God, do I have to have one? I just wanted to write as well as possible as often as possible. That last sentence would not be an example of either. But it is, simply, what I want and have always wanted. ”

Davy Rothbart, The Rumpus, September 4, 2012 interview: “I try to find the notes that make me laugh the most or make me tear up. So I just try to find the moments with the most intense emotions or, you know, where the funniest and weirdest and saddest shit happened.”

John Jeremiah Sullivan, The Rumpus, April 4, 2012 interview: “I am trying to charm the reader because I want him and her to come with me deeper into the piece. If you can bring them with you there, things get more interesting.” (Emphasis in original.)

So with Crosley and Rothbart, we see the essayists in question rely upon an entirely subjective notion of why they write and select material. With Sullivan, attracting the reader is an attempt to bring her “deeper” into the piece. Now it’s possible that all three of the essayists who Kirsch diminishes are adhering to some subconscious method of being “accessible” to readers. And if that was Kirsch’s real beef, he may very well have thrown a legitimate yellow card on the field. But that’s not what Kirsch is condemning. This is a question of labels, of whether an “essay” published in the last few decades has the right to be called an “essay”:

What is gained by calling these yarns essays, and insisting that they all really happened to Davy Rothbart?…These essays are born of just the same impulse, to seduce the reader with a display of ostentatious soul-baring. Davy Rothbart may be pathetic, he seems to say, but he really, really feels. Even the nickname “Davy” contributes to the man-child impression.

But can’t one make the same case against Montaigne’s “Of Experience”? ““I study myself more than any other subject. That is my metaphysics; that is my physics.” As a college freshman has argued and as should be evident to anyone who has read the essay, Montaigne is clearly using himself as a way to come to terms with the world. Yet in establishing the connection between Montaigne and the writers that Kirsch deems “new essayists,” Kirsch recognizes that the self “has always been at the heart of the essay,” even though he diminishes “new essays’ for being “exclusively about the self” (even though Sullivan’s “At a Shelter (After Katrina),” “Getting Down to What is Really Real,” “American Grotesque,” and “La Hwi Ne Ski: Career of an Eccentric Naturalist” — which can all be found in Pulphead — are largely removed from the very solipsism that Kirsch sullies Sullivan for and are not especially driven by the “prose equivalent of reality TV” — but, hey, fill in that sudoku puzzle however you please).

The rules of the game here are really the rules set by Kirsch through the paleolithic prism of Larkin. And according to this hoary code, an essayist can write exclusively about the self only if it can be sufficiently demonstrated that she is writing about the self and the world at large. What Kirsch is really complaining about is that the essay (hereinafter referred to as “Eh-Saaaaaaaay,” which is ideally pronounced with an upper crust nsal inflection) is no longer a medium exclusive to the educated class. He sees an antidote to this in Sheila Heti’s How Should a Person Be?, but is unwilling to entertain the possibility that Heti’s very representation of “Sheila Heti” is charmless in its “inventiveness” because Heti would prefer to bullshit like a superannuated bright young thing rather than confront the horrors of the “true” self in Eh-Saaaaaaaay form. Which I suppose puts Kirsch and me on the same team which desires writing that reveals genuine character. But why not more? And why confine the Eh-Saaaaaaaay to such stringent labels? Kirsch is apparently immune to the ironic charms that James Wood detected in Sullivan’s “Getting Down to What is Really Real.” Where Wood smartly identifies how “one can’t be entirely sure whether Sullivan is excitedly expressing his love for the show or is amusedly mocking his own fandom,” Kirsch is inflexible because the Eh-Saaaaaaaay, by way of not being fiction, is somehow forbidden from pursuing the same truth. Which is a doughty and needlessly conservative way of looking at literature.

It’s possible that Kirsch simply lives too sheltered or incurious a life to consider the distinct possibility that a person could legally change her last name to “Universe” (when, in fact, people have petitioned courts to change their names to to worse appellations). Maybe he doesn’t want to believe in Rothbart’s stories because he’s never met a hoodlum or a Mexican prostitute and has no sense of adventure. Maybe he lacks the imagination or the patience to entertain a liar in Eh-Saaaaaaaay form. He writes, “Story is what happens when the antithesis of truth and lie is reconciled in a higher artistic synthesis,” but isn’t willing to concede that readers who believed in Truman Capote’s In Cold Blood, John Steinbeck’s Travels with Charley, and David Foster Wallace’s “A Supposedly Fun Thing I’ll Never Do Again” don’t feel especially deceived after they have learned that the details aren’t entirely airtight.

When Orwell identified the reasons why he wrote, he was savvy enough to impart to the reader “how these various impulses must war against one another, and how they must fluctuate from person to person and from time to time.” He saw the act of writing as reconciling his likes and his dislikes “with the essentially public, non-individual activities that this age forces on all of us.” What is gained in condemning this natural process? What is achieved in dictating the manner in which an essayist writes when the critic in question lacks the capacity to consider a broader world and have a good time? Why confine the essay to the whims of an impetuous and imperious elite averse to the eclectic possibilities of the human condition?

In short, Adam Kirsch is living in the wrong century.

* — “There is a particular kind of humor,” writes Kirsch in sullying the “new essay,” as if any drift from serious and high-minded writing must be stubbed out with the ardor of Sen. Joseph McCarthy singling out anyone remotely “Communist” and destroying careers.