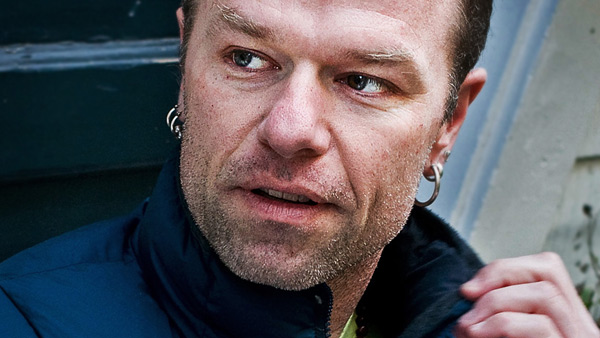 A call for transparency about The Rumpus Book Club.

Since my critical comment in response to the Rumpus Book Club is “awaiting moderation,” I thought I would reproduce it here:

Since nobody here has the balls to ask important questions (and I fully expect this comment to be deleted), and Elliott has been far from transparent, here goes:

1. A galley typically costs at least $5 to make. Are you paying the publishers for these galleys with these funds? Or are you pocketing the cash and plundering these galleys, redistributing them among the people who pay you money for financial gain? If the latter, then how can this be considered even remotely ethical (particularly in light of the recent FTC blogger policy)?

2. How is it ethical to take money from subscribers when they can express their professional interest and have the galley sent to them for free when they write to the publisher?

3. Why are you disrespecting the authors with this plan? The galley is not the version that the author wishes to put out. It is riddled with typos, gaffes, and other errors. So not only are you besmirching an author’s vision. You are also taking away much needed sales to that author that will assist her in getting another book deal.

4. Why cut into the galley supply like this? Galleys are typically distributed to booksellers, critics, et al. so that a publisher stands a chance of getting some advance buzz or generating sales. When you take fifty galleys, then this destroys fifty potential shots at a book getting publicity. It is nothing less than monopolizing a supply that you have no right to horde.

RELATED: Liz Burns’s thoughts on a library that categorizes an ARC as the finished copy in its stacks.

UPDATE: Stephen Elliott has responded at the Rumpus:

I think you’re wrong about this. I don’t think we’ll be sending galleys out the majority of the time. I don’t want to commit to that, because I’m not sure, but I’m reasonably certain that the majority of time it will be hardcover books, not galleys. Or it might be a mix.

If the publishers don’t think participating in the book club will be good for sales they probably won’t agree to do it. The author has to agree to it as well. An awful lot of authors have already asked us to consider using their book.

While I appreciate Mr. Elliott’s civil tone, he has not yet directly addressed the four questions. Hopefully this open exchange will encourage him to do so. 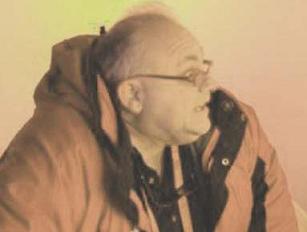 There was once a time — before the Internet, or perhaps not at all — in which film critics conducted themselves with something approximating journalistic standards. It was never very much. These were, after all, film critics — often underpaid, most having lost the capacity to marvel at the frequent cinematic magic playing before their eyes and most lacking the dignity to recuse themselves from professional duties before they soured. But the nagging need to catch up with some perceived discrepancy between the fruitless remuneration from their cold analysis and the wanton luxury enjoyed by film stars, to matter in some arrogant and misguided manner, soon caught up with these desperate crayfish. If you have ever had the misfortune to attend a press screening populated with these types, you will encounter, for the most part, wan and humorless individuals with an insufferable sense of entitlement who announce, in all seriousness and with all the subtlety of a Wlliam Shatner line delivery, the big star that they’ll be talking to for ten minutes tomorrow (is that what they truly live for?) and who check their email in the dark instead of paying attention to the flick, the thing before them that they are, after all, paid to take in.

But no so long ago, fly-by-night pettifoggers who scarfed up every scandalous junket that arrived in their barren laps weren’t taken so seriously. Anyone who violated the vital covenant between journalist and reader was rightly left to rot. And while there remain some individuals devoted to upholding this trust, such as Erik Childress, a man who thankfully shows no reticence in exposing today’s frauds, these golden years, as the Vancouver Sun‘s Chris Parry has sufficiently demonstrated, are now over. The so-called “critics” — most of them now online — who pretend to stand before some shadow of journalistic truth are now defending the diabolical hacks. And they too wish to fatten their gastropathic bellies from the complimentary buffet.

The latest charlatan is Paul Fischer, a man who proved so amoral and so egotistical that he actually plagiarized whole sentences from the Sundance film guide blurb in his “reviews,” believing that he wouldn’t get caught. Parry offered countless examples. And Parry’s invaluable efforts have caused Dark Horizon’s Garth Franklin to take note. Fischer has rightly disappeared into a bottomless pit of his own making. His reviews have been removed.

But the story isn’t over. Because several of Fischer’s pals have lambasted Parry for daring to point out the obvious truth that this Little Lord Fauntleroy wore no clothes. As Parry points out, Edward Douglas, an amental “journalist” I have already taken to task, has declared, “…so what if he uses the OFFICIAL PLOT SYNOPSES from the notes or festival guide. That is what they’re there for, to inform… his actual opinion about the movie is completely his own.” In other words, Douglas is supporting the junket whore’s right to pilfer whole sentences, claiming the work as his own. Cutting and pasting a press release may win you many allies in the publicity department, but it cannot possibly constitute plausible journalism in any form.

But that wasn’t all. Douglas also wrote, again demonstrating his primitive panache for all caps, “but it’s INCREDIBLY UNPROFESSIONAL on the part of the Vancouver Sun to waste its readers’ time with what is essentially an attack on a colleague in the entertainment business.” Really? Is it “incredibly unprofessional” to reprimand Jayson Blair for fabricating a story? Is it “wasting the reader’s time” to steal the hard labor of others and claim it as your own, as Nada Behziz did?

But let us be clear and let us even be liberal. We are not talking about stealing the work of other journalists or even making up a story. It might be sufficiently argued — and it certainly it is within David Shields’s forthcoming book, Reality Hunger — that what writers pilfer isn’t nearly as original as what it seems. Even if you do manage to pull a James Frey and invent details, as odious as Frey’s antics may be, there remains some faulty independent effort to create a narrative. But Paul Fischer couldn’t even do that. He lacked the writer’s basic skill to change even more than a few words from the original source. He was essentially paid by Dark Horizons to do what anyone with a basic understanding of word processing could accomplish in seconds.

Yet improbably, among some gutless hacks lacking a shred of ethical compunction, Fischer has emerged as some strange dethroned hero. The Independent Eye‘s Vadim Rizov has seriously suggested that the only reason people care about Parry’s article is because of “complaints from filmmakers that negative reviews (since pulled from their host websites) were being propped up with blatant laziness.” Hardly. A film review may not live up to the journalistic value of Woodward and Bernstein, but it is still a piece of journalism, whether it appears in print or online. A reader trusts that the journalist has gone to see a film and has developed an independent opinion about it. If “normal people” didn’t care about such basic trust, then why then would they leave so many comments on Rotten Tomatoes about Armond White’s suspicious contrarianism? Why would Pulitzer Prize-winning film critic Roger Ebert canvass his readers to understand? Why have so many regular Joes flocked to Red Letter Media’s brilliant takedowns of Avatar and The Phantom Menace? Because on some basic level, normal people, contrary to Rizov’s elitism, imbue commentary with a level of trust.

You can blame the system, as Rizov does, all that you want. But you can’t ignore the fact that, in less than a week, 417,215 people have viewed a video review of Avatar performed in a satirical style. That people are flocking in droves to some guy with a creepy voice who has creatively edited together some footage from The Garbage Pail Kids Movie, suggests that the crisis in American film criticism and that the need for trust has reached an unprecedented level. People want to understand why a film does or does not work. They want to have their assumptions challenged. Therefore, it’s incumbent upon film critics to not only explain these nuts and bolts, but to do so in a manner that is ethical and entertaining.

The minute that a film critic or a journalist steps on board a junket plane financed by a big studio, he abdicates his right to call himself a journalist. He surrenders his ability to take in the situation with anything approaching objectivity. And the minute that a figure like Paul Fischer is justified, well, the defender may as well spread his legs, lie back for the Big Five, and call himself a junket whore.

[UPDATE: In fairness to Fischer, it’s worth pointing out that Chris Parry wrote an article in 2004 lambasting Fischer and reporting on a shared history that was not sufficiently disclosed in Parry’s Vancouver Sun article.]