WNYC has posted an audio report of the literary smackdown. However, they get one key fact wrong. The litbloggers have lost just once, not twice. Thanks to Benjamen Walker for the coverage all the same.

The litblogging team had an early lead. But when our team fumbled an answer, PEN America took control of the literary trivia smackdown. We knew every answer that they did. But they had the opportunity to respond first. And in most cases, we didn’t know every answer that they didn’t know. You could sense some common polarity here. And it wasn’t too long before they jumped ahead of us by a good ten points.

It looked for a while that we wouldn’t stand a chance in hell of making a comeback. And then a bit of magic happened. We then took control of the questions, and inched our way to within striking distance. PEN America needed sixteen points to win. And we clawed our way up the mountain to a 15-13 shortfall. I urged Eric Rosenfield not to get too cocky about this, but the man was dripping boatloads of saliva. Had my hand not rested upon his right shoulder, he would have bolted out of his chair and performed like a spastic mascot before the PEN America team.

That’s when Levi Asher and I betrayed the litbloggers. The question was simple: What award-winning playwright wrote the script for the Marilyn Monroe film, The Misfits? Now I’ve seen the film and I knew the answer. It’s not a great film by any means. But somehow my brain misfired. I’m confident that our collective mistake had something to do with the spoons I brought. I played the spoons during every correct answer to ensure that there was a certain harmony in the air. Some pleasant syncopation that would get the audience on our side. Something that could turn this imposing smackdown into the living embodiment of a John G. Avildsen film.

But somehow Levi and I had blocked Arthur Miller’s name — the name we knew — from our noggins. By some mnemonic phenomenon, the two of us thought simultaneously of Bus Stop, a film adaptation that had indeed originated from a William Inge play (although George Axelrod wrote the screenplay).

We remain convinced that PEN America, as amicable as they were, had placed some kind of hex upon our heads. Something to perplex us. Something that might cause us to declare more income on our tax returns.

Sarah Weinman, of course, knew the correct answer. But the two of us were too fast, too caught up in our enthusiasm, and the two words were uttered into the mike.

“Wrong,” said Tim Brown, who was clad in a spiffy tuxedo that could outclass Bill Cullen’s sartorial oeuvre.

We couldn’t backpedal from this mistake. Arthur Miller had once been the president of PEN America. We were fucked. And we had fucked ourselves. Making it a doublefuck, or possibly the kind of strange gymnastics that only great geographers like Artemidorus can identify.

And so PEN America, an organization that we proudly salute, smacked us down during the literary smackdown. But everyone played a very good game, offering strange answers when we didn’t know the correct ones, and we made some people smile.

The most important thing to take away from this friendly competition is that just about every literary person has the same interests and enthusiasms. The print and online people don’t have to drink from different fountains. And it’s too bad that the New York Review of Books wasn’t there to share the magic.

[UPDATE: WNYC has an audio report of the smackdown.] 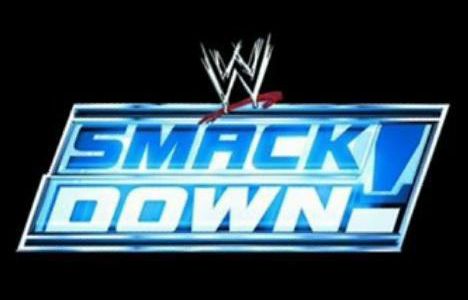 At last year’s Independent Small Press Book Fair, an imposing man posing in a tux (or perhaps not) took charge of a Literary Trivia Smackdown. The man was Tim Brown. This feral contest of wit and esoteric facts pitted A Public Space against The New York Review of Books. I attended this smackdown as a participant, entreating A Public Space to do better. I vowed to Mr. Brown and all the participants and all of the audience members and just about anybody who would listen that a group of litbloggers would be happy to challenge the winner to a new match. At long last, the great divide between print and online would come together in a battle of wills.

Thankfully, PEN America has stepped in at the last minute, stepping away from their human rights duties to contend with the strange specimens trawling and caterwauling in the litblogosphere. And the show will go on!

The litbloggers will be represented by Levi Asher, Eric Rosenfield, Sarah Weinman, and some assclown named Ed Champion. We may sing a few of our answers, or provide light verse to accompany our responses. I may bring a musical instrument or, at the very least, some spoons to play in between rounds if there is enough demand.

The PEN America team will be represented by David Haglund, Meghan Kyle-Miller, Larry Siems, and Lilly Sullivan. It is not yet known how serious this quartet plans to take this literary smackdown. But we have been informed by Mr. Brown that rules are now in place, and that apparently one can use a lifeline. Should our own team prove deficient in answering a question and require a lifeline, we will employ funny voices.

All of this silliness is going down at 4:00 PM this Sunday at the General Society Building located at 20 West 44th Street (between 5th and 6th Avenue). A considerable number of subway lines will get you there: the 1, 2, 3, A, C, E, R, and N.

Should you wish to cheer us on or mock us, the choice is happily deferred to you.