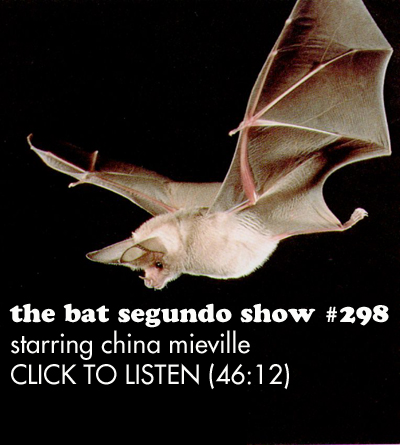 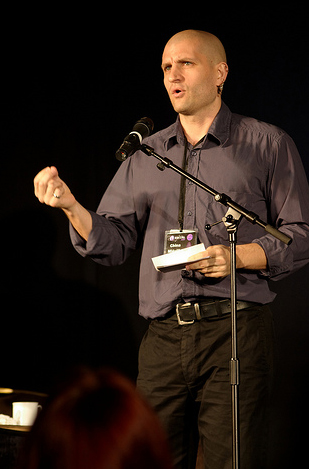 Rick Kleffel gets his hands on the new Miéville: “The Miéville you’ll find here is a rather different writer than the one who wrote ‘Perdido Street Station’. He’s stripped down his prose, and though his imagination is slightly less grotesque, it is no less fecund. ‘Un Lun Dun’ is the sort of novel that parents can actually, easily read their children, one chapter at a time. The chapters are short, titled and any single chapter tends to be say three to four pages, a nice easy chunk to read them before they go nighty-night.”

Henry Farrell on China Miéville: “For Miéville, fantasy shouldn’t merely justify what is, in the service of a self-defeating escapism or consolation; to the extent that it does, it’s merely remaking our political world, not Remaking it. Instead, fantasy should become a way of arguing about our social condition, of re-presenting our dilemmas, and creating a space for the imagination in which we can identify new possibilities of action. Fantasy can have a kind of political force that the ‘realistic’ novel can’t, precisely because it doesn’t take the real for granted.”

It’s out, it’s here, and it’s in my hands. Sui generis fantasist China Miéville has a new collection of stories called Looking for Jake out. Some previously collected stories, such as the excellent “Reports of Certain Events in London” (which originally appeared in one of the Chabon-edited McSweeney’s compilations) are here. Others are quite new to me. This collection even includes a comic called “On the Way to the Front.”

The book has been issued here in the States in trade paperback, but don’t let that stop you from sampling the goods.

Chine Mi鶩lle, whose latest New Crobuzon book The Iron Council was just nominated for the Arthur C. Clarke Award (and whose first two books, at least, you should read immediately), has a great list of 50 Fantasy & Science Fiction Works That Socialists Should Read. Of course, you don’t have to be a socialist to read them. With the possible exception of Edward Bellamy’s Looking Backward and Atlas Shrugged (I get the “know your enemy” angle, but it’s cruel and unusual punishment to subject the “Who is John Galt?” crap, which I made the mistake of reading in my late twenties, on any self-respecting reader), the books themselves are all pretty smoking in their own right. (via Maud)

For those who are as devoted to China Miéville ‘s Bas-Lag books as I am, there’s a lively debate on The Iron Council over at Crooked Timber. One thing I didn’t realize was how close Miéville (along with Louise Welsh) was to being named one of the Granta 20.

In fact, Miéville himself has even popped in. He has some very interesting things to say about Tolkien, why he dwells upon the bleak, his struggles to present nuanced sociopolitics, and his indebtedness to page-turning storytelling.

Now that the New York Times has brought it up, BBC Four has a designated place for author audio. You can find Kingsley Amis, Agatha Christie, Robert Graves, Vladimir Nabakov, George Bernard Shaw and Virginia Woolf. (And, yes, Woolf does sound like a schoolmarm.)

And here’s China Miéville, offering a reading, an interview, and the correct pronunciation of his name.