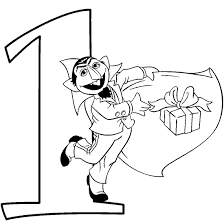 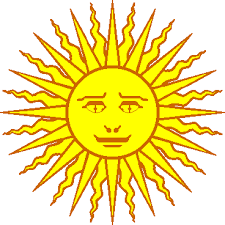 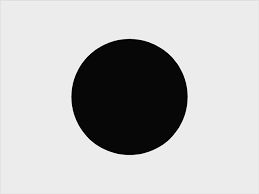 Grumpy Old Bookman has an interesting post on Jeffrey Archer.

One year ago today, I asked readers of edrants.com to become micropatrons and support my indolent lifestyle. I suggested to you that I would, in fact, be writing more. But what you didn’t know was that the $39,900 that you gave me would be spent on hookers and trips to exotic locales, and that this blog would in fact become less of a passion and more of a half-assed obligation. Not unlike that ship in a bottle I’ve been working on for the past five years.

Thanks in part to you readers, who, much to my amazement, foolishly ponied up the dough, I’ve received more blowjobs in the past 365 days than I had during the past 31 years. I was able to propose to my partner in crime, Wing Nut. I now have a manservant named Topei who I picked up in Southeast Asia. He polishes my shoes with his tongue. I’ve become accustomed to flogging him at random moments. I had no idea how much fun it is to beat an indigent manservant. If you make a six-figure salary, I highly recommend it. But thanks to you readers, I am now fully acquainted with the pleasures of the leisure class. And there’s no turning back.

And of course the blog here has become much worse. Several literary experts have appraised the content. They have personally assured me that the content here has fallen far below that of a Fleet Street hack.

I won’t be asking for donations again — in large part because I know that I can’t fool you twice. I’ve found another money-making scam to maintain my lifestyle. My (unstated) intention from the beginning was to approach this site as a startup. I remember those heady dot com days where you could draw out a baroque diagram on paper and get $3 million in venture capital.

Well, if anything, this great one year scam has proven that Web 2.0 isn’t just a myth. While I didn’t get $3 million, I did get some pretty good payola. What this demonstrates is that, with a decent Technorati rating, fools will happily part with their money and give it to you.

So thank you, dear readers! You’ve been inveterate fools and you’ve allowed me to live it up! I’ve seriously considered changing my last name to “Kottke.”

Now excuse me while I have Topei read me some Malcolm Gladwell while I beat him with my ARC of Steven Johnson’s Emergence.

Primer: Winner of the Sundance Grand Jury Prize and the Alfred P. Sloan Prize. The film was made for $7,000, doesn’t appear to have a distribution deal yet, but somehow manages to involve time travel and ethics in its plot. The intricate story has also caused a lot of people to scratch their heads, which has resulted in several unclaimed ski caps left at theatres.

As if the Whitbread isn’t enough, Mark Haddon has walked away with another award — this time, from the South Bank Show. The British literary community is up in arms about this, trying to convince committees that “enough is enough.” An anonymous Important Literary Person has made calls, noting that, while The Curious Dog is a great book, Haddon has simply won too much praise and that there won’t be enough praise for the rest of the books.

Alexandra Ripley, author of Scarlett, has died. Several publishers, upon hearing the news, have been trying to determine which great Ripley book they can pilfer a sequel out of. Unfortunately, Ripley was no Margaret Mitchell. And no publisher wants to be reminded of how much they backed Ripley’s attempt to cash in, let alone the other stuff she wrote.

Prima facie that the New Yorker is overinfluenced by vapid McSweeney’s-like pop cultural riffs: “Boswell’s Life of Jackson”. (And Menudo is referenced in the first sentence. Oh no.)

James Fallows annotates the State of the Union address.

The Boston Globe interviews Tibor Fischer and Fischer comes across, no surprise, as a smug son of a bitch. Not only does he compare himself to Shakespeare, but he lauds cheapshots: “I’m with Amis, and so although in ‘Voyage’ I do have laughs at the expense of foreigners — so did Shakespeare — I also allow characters for whom English is not their first language to express dismay when someone British doesn’t know an arcane piece of English vocabulary: ‘It’s your language,’ they say.”

And to hell with the Golden Globes. How about a real award? Best Lead In A Rising Up and Rising Down Review: “For the past decade, it seemed Sacramento-based novelist William T. Vollmann was neck and neck in a war of prolificacy with Richard Powers, David Foster Wallace, and anyone else who would take him on. With ‘Rising Up and Rising Down,’ he has put the issue to rest.” And I truly feel sorry for John Freeman, who, like all reviewers, read all 3,500 pages from a CD-ROM.

Lizzie Grubman (not to be confused with this Lizzie) is returning to the social scene. This may be the first time in New York history that first-hand accounts of road rage are discussed over caviar.

At long last, a New York Times I want to see. (via Old Hag, courtesy of Pullquote)

Pynchon’s voice on The Simpsons. He sounds like an angrier Harvey Pekar. (via Chica)

[1/24/06 UPDATE: Primer, as nearly all film geeks know by now, did manage to nab a DVD distribution deal, leading to enthusiasts working out the multiple timelines. As for the McSweeney’s influence upon the New Yorker (and other places), I should note that litblogs, as much as they claim to be anti-Eggers, are guilty practitioners (including this one).]

The New Yorker on Howard Dean: “Last summer, Joe Trippi told U.S. News & World Report that he had given Dean a curious piece of advice: ‘I tell him the only way he can win is to believe in his heart he cannot win. We?ve got to act like we have nothing to lose.’ That, as they say, was then. When I asked Dean, in mid-October, whether he still subscribed to the Trippi wisdom, he replied, ‘In part. I think the problem with the Democratic Party in general is that they?ve been so afraid to lose they?re willing to say whatever it takes it to win. And once you?re willing to say whatever it takes to win, you lose?because the American people are much smarter than folks in Washington think they are. Do I still believe it? I think you have to be ready to move forward and not just try to hold on to what you?ve got. I truly believe that if you?re not moving forward you?re moving backwards in life. There?s no such thing as neutral.'”