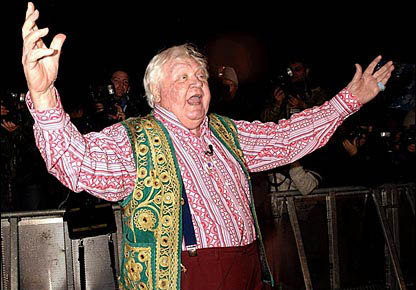 In this 30 minute radio interview with the maverick British director, Ken Russell discusses getting pinned down by Oliver Reed, making nuns comfortable in The Devils, and his dispute with Paddy Chayefsky on Altered States.

Ken Russell recently appeared on The Bat Segundo Show #348. Mr. Russell is the director of such films as The Devils, Women in Love, Tommy, The Music Lovers, and Altered States. Beginning today, Russell’s films will be playing at the Film Society of Lincoln Center for one week (many of which are unavailable on video), where Russell himself will be appearing each evening. Considerable thanks to Elize Russell and Shade Rupe for their invaluable assistance.