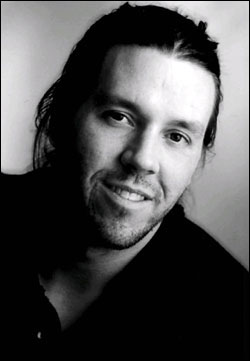 I’ve received terrible news from an anonymous source. David Foster Wallace, the talented writer of Infinite Jest, is dead of an apparent suicide. I have confirmed with multiple sources that this is indeed the case. The Claremont Police Department informed me that they answered a suicide call at Mr. Wallace’s residential address, in which someone had discovered a deceased individual. The name of the deceased has been withheld.

I have also contacted the Los Angeles County Coroner and I received partial confirmation from them too. At the time, I called, they were in the process of informing the family.

I have also left a message for Wallace’s agent, Bonnie Nadell, to find out if she knows anything.

But the facts indicate that David Foster Wallace is dead of suicide at the age of 46. This is a terrible blow for American letters. And I hope to have more later.

Jackie Morales, a records clerk at the Claremont Police Department, said Wallace’s wife called police at 9:30 p.m. Friday saying she had returned home to find her husband had hanged himself.

UPDATE 2: Gawker has also confirmed with the police. And here’s the Metafilter thread.]