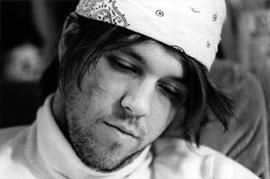 In 1997, I was given a book. A big book. A book backloaded with endnotes. It had been given to my sister1, who in turn shuttlecocked2 it over to me. It was intended to be borrowed. But it was never returned and can currently be located in my library.

At first, I was a little annoyed with the style, the references to fictive filmographies, and the years named after products because of Subsidized Time.3 I initially labeled the book Infinite Pest, but this appellation proved to be a profound mistake. Fifty pages in, I became acclimated. The book hooked me. I relished the ten-cent words, the wry references, the many acronyms, the humor and joie de vivre, the concern for addiction and obsession, and the addiction and obsession of an author who dared to write such a mammoth volume.4 The book’s dystopic future, with its CD-ROMs and Brand-Falsey-inspired Exposed Northerners, is very much a view from the mid-1990s. But just as William Gibson’s Sprawl trilogy can now be enjoyed as a retro alternative reality more than a decade past its publication, so too can Wallace’s ONAN. He was, as some have overlooked, a world builder.5

While Wallace continued to offer bravura essays such as “A Supposedly Fun Thing I’ll Never Do Again” and injected scintillating cross-referencing methods in such essays as “Host,” I felt that many of his short stories never quite measured up to Infinite Jest.6 There certainly remained striking imagery and shock value that continued to remain controversial. In 2004, Jan Richman had used “The Girl with Curious Hair” as an example of an unsympathetic character, and was fired for it. I had always hoped that Wallace would write a third novel7, slowly inching his way beyond the shadow of the campanile he had erected in 1996. But he was, without a doubt, a genius. The rare writer who could write in an erudite and idiosyncratic voice, but still reel you in. And there is simply nobody who can replace him.8

1 The do-gooder who gave this to my sister was, as I understand it, one of those affluent types fond of “educating” those beneath his socioeconomic status. I do not mean to impute that this do-gooder was not amicable or that the borrowing of this book was not, in some sense, a generous act. But I must observe that a do-gooder of this type often offers an intellectual instrument or some other applique to some representative of the groundlings — often a representative who the do-gooder scarcely knows — so that the do-gooder might be able to sleep easier, boast to his peers on how clued in he is, and enjoy a glass of warm milk before stage one. This practice is sometimes referred to as “liberal guilt” (see R. Rosenbaum, M. Steyn, et al. for considerable braying on this subject) and is sometimes employed with a semiotic stoicism resembling the final shot of The Searchers.1(a) The do-gooder, however, can be of any political temperament.

2 Although “shuttlecock” is more of a badminton term, I shall do my best to employ as many tennis terms as I can in this piece.

3 I was then quite bellicose towards advertising, and had wondered if DFW had received a kickback. And if DFW did not, was he not in some sense participating in the very form he was satirizing? Was there not some Lacanian dilemma at work here?

4 Author apologizes for this laundry list, a trope for a tribute if ever there was one. If Author had more time and did not have to scurry over to the Brooklyn Book Festival this afternoon, he would probably expend a great deal more care here, giving you thoughtful analysis instead of these edited highlights, which are just as much of a cliche as an essay on DFW with footnotes.

5 The sentence “He was, as some have _________, a _________” is something of a cliche too, often inserted into a piece of this type to suggest authority, something that Author knows but is not willing to impart to Reader, etc. The phrasing here again suits the exigencies of the piece. But because Author has not pointed out specific examples of critics and/or other pundits who have overlooked DFW’s world building chops, he fully expects to be chopped in the face. Unless, of course, you can accept, prima facie, this sentence as it is. In which case, what other slipshod phrasings are you currently accepting without question?

6 Here then comes the “controversial” portion of the tribute, the point in the essay in which Author does not want to fall into line w/r/t more respectful essay, playing contrarian over some portion of DFW’s career — a concern Author voiced on August 23, 2006. But is Author not, in fact, being contrarian at all, but rather falling into line? Even in readdressing these beliefs? There are presently6(a) very few tributes, essays, and other assorted pieces of this type. But one thing is guaranteed: there will be a hatchet job from someone suggesting that DFW was not all he was cracked up to be, was a pox upon American letters, deserved to die, caused untold misery for a few grad students, destroyed the trajectory of contemporary literature, blighted the modernists and the realists with his Gaddis and Coover reworkings, et al. Author does in fact revere DFW very highly, and genuinely believes that DFW’s short fiction was not as striking as Infinite Jest. Caveat Lector: Is Author’s sincerity overcome by the tropes and exigencies of the form?

7 Let us likewise quibble with what Author wants from DFW, as opposed to what DFW offered the reading public. Is this really a fair question to ask? Should Author complain because DFW did not give him a back rub or a pony or a similar bauble along these lines?

8 Certainly not you, Ed Champion! You have now used up your allotment of footnotes for the year. Please return to your regular writing voice.