Since people seem content to pay authors staggering sums of money to spill ridiculous items about their personal lives and because this new trend shows no sign of dying, we’ve asked Dr. Heinrich Bersherloff, a “recovering psychiatrist” with an emphasis in mood disorders, to weigh in on magazine essays and articles that demand careful reading between the lines. Dr. Bersherloff hopes that his work will lead readers to better understand novelists’ neuroses, since their personal lives are apparently what editors want to dig into further. However, I should point out that the doctor is just stepping into his field work after a three-year hiatus. 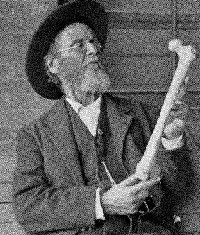 PREVIOUS SIGNS OF NEUROSIS: “Baby Lust,” where Ms. Waldman contemplated child-bearing for the sake of child-bearing, “Living Out Loud,” where Ms. Waldman confessed that she had voiced suicidal urges on her blog and frightened her family in the process, and “Truly, Madly, Guiltily,” whereby getting it on with her stallion, Pulitzer-Prize winning husband was prioritized above and beyond being a mother.

Waldman: “I’d never heard [her two oldest kids] express any kind of excitement about P.E. before — they are not natural athletes — but there they were strategizing and recounting the high points of their respective matches with unprecedented zeal.”

Dr. Bersherloff: It is clear that the subject fears that her children might possibly supplant her own achievements. There exists an unfulfilled desire within the subject to excel at athleticism or perhaps throw a discus into the air. Given the subject’s previous depression, her fixation upon age and her expression of disbelief that her prodigy would indeed be excited about P.E. (insisting, for example, that her children are “not natural athletes”), I am forced to suggest that she get out of the house and take salsa dancing lessons with her husband. This will allow the subject to engage in athletic activities, fulfill intimate desires with her husband, and detract her away from her solipsism.

Waldman: “I remember very little about the season other than the ache in my shoulder from holding my hand above my head in a futile attempt to distract the gnats from my face, the sound of my own teammates’ jeers as I made my regular strikeout, and the euphoria of being allowed to take the bench whenever our team had the slightest chance of winning.”

Dr. Bersherloff: In sixth grade, the subject had a traumatic experience while on a softball team. By her own admission, she was isolated and withdrawn, and took solace in these introverted feelings. And her failure at the bat appears to have occluded positive memories such as post-game pizza parlor parties.

While there remains a slim chance that the subject is terrified of pepperoni or Wurlitzers (if this is the case, I suggest “Wurlitzer therapy,” which would involve gradual sessions of cheery Bach fugues played at Pizza and Pipes), it is worth pointing out that the negative feelings here then stem not necessarily on the sports, but from group activities. It is suggested that the subject find a social comfort zone (explicitly without the presence of Quirkyalone types) that permits her to function in regular society. It may be a radical form of therapy to plunge the subject into Manhattan without a purse or a cell phone and observe how she survives over the next 24 hours. But since the subject insists upon writing about every element of her life, this might be the only pragmatic solution.

Waldman: “The game, more important, that exemplified everything that was wrong with my childhood in suburban New Jersey, a short, pasty-faced Jewish girl in a town full of scrubbed, blond, athletic WASPs, their long tanned limbs toned from years of tennis lessons and country club swim teams?”

Dr. Bersherloff: Again, it is not the sport, per se, that is the problem here, but the subject’s dejected sense of herself — the fears and jealousy that she has clung onto for the past three decades. There is a fear here of being different, a lack of confidence that has the subject uncomfortable. Curiously, the difference relates to athleticism. It is this authority’s professional opinion that the subject should stop giving a fuck about these things and live life.

Waldman: “I know it’s fashionable to claim to have been a nerd as a child, to insist on having scrabbled to hold on to the lowest tier of the social ladder, to recount years of torture at the hands of the golden and anointed. Trust me, I know just how trite my history of exclusion is. ”

Dr. Bersherloff: The subject also feels that her problems are trivial and thus unresolved. Instead of confronting her flaws head on, the subject is quite content to wallow in her own misery, again comparing this process against social standards. Getting past this obstacle then is the key to saving the Chabon/Waldman children from almost certain permanent scars.

Waldman: “Nonetheless, as someone who still, at 40, gets a clutch of nausea every time she drives by George Washington Junior High School, I am just not willing to let go of the reins of this particular hobbyhorse.”

Dr. Bersherloff: Patient obstinacy is not very successful in a therapeutic environment. We professionals encounter this all too often and are forced to remain silent as these subjects spill out their moribund tales of self-loathing and fail to see the obvious in front of them. This is one of the reasons why I stepped away. I made the mistake of setting up my practice in a quiet Connecticut town. Hearing endless story after story about the stress and terrors of walking through a Bed, Bath and Beyond was getting to be too much for me.

At 40, one shouldn’t be trembling in front of a junior high school. It is clear that the subject has some signifcant work to do in confronting her fears.

Waldman: “Gym class was, of course, where the strongest, best-looking kids were made captains and chose us spazzes last. More important, it was where the figures of supposed authority allowed them to do so. Forget the work our parents did molding our minds and values. Everything fell apart as soon as we put on those maroon polyester gym suits.”

Waldman: “You can’t play dodgeball. It’s cruel.” (followed by Waldman threatening to call the gym teacher and her children begging her not to call)

Dr. Bersheloff: It is quite possible that the subject is reexperiencing her own parents’ behavior from the other side of the parent-child divide, thus continuing the cycle. Is it possible then that the subject as a child was prevented from experiencing athletics and that this, in turn, led the subject to associate very specific colors and taller, blonder, and non-Jewish people with tremblings of fear?

Waldman: “The National Association for Sport & Physical Education has issued a position paper on dodgeball, and they don’t like it any more than I do.”

Dr. Bersheloff: Dodgeball, serving as a reminder of the subject’s own bad athletic experiences, is then confirmed to be the enemy. The subject’s emotions have already confirmed dodgeball to be pestilent in nature, but the subject hopes that by groping for an authoritative paper, she will keep her own deep-seeded fears at bay.

Waldman: “The thing is, my fantasies about being a parent always involved fighting for my unpopular child, doing for her what my own parents couldn’t do for me when I was a girl.”

Dr. Bersheloff: The subject’s notion of motherhood involves personal wish fulfillment. It seems not to involve the child deciding for herself, but the mother deciding exclusively for the child. Some cynical wags at APA conferences often refer to this disorder as Christina Crawford Syndrome. But I truly hope that in the subject’s case, it is less severe than this.

Waldman: “My children are nothing like me, and they can never quite figure out why I’m laying it on so thick. They aren’t living out my childhood, they’re living their own. ”

Dr. Bersheloff: The subject suffers from substantial delusions about the differences between herself and her children. She is mystified that her children do not fall directly in line with her parental approach and her own interests. I recommend a role reversal playout, where the subject’s children pretend to be the mother and the subject pretends to be a child. Soft padded bats will be distributed in the event that the subject craves a spanking or the subject’s children need to let off some steam. Should the subject come away from this therapy a bit demoralized and demonstrate the same self-centered behavior, then we will repeat the role reversal, but this time include the subject’s husband as father.

A long-term therapy program is which the subject can (a) be a more considerate mother, (b) find an appropriate balance of her own needs and the responsibilities it takes to raise children, and (c) stop thinking that she is the center of her own universe.