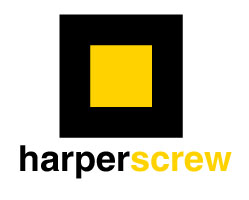 This morning, HarperCollins announced a new imprint called HarperScrew. The new imprint will be headed by HarperStudio’s Bob Miller and will set out to screw the writer.

“We’ve been going about this business the wrong way,” said Miller. “Why should we even pay the writers at all when they can all just be screwed over?”

Writers will pay $50,000 a pop to be screwed over by Harper. The authors don’t even have to produce books. They just need to be screwed. The screwing will take on many forms: sodomy, needless editorial tampering, and more pedestrian forms of humiliation. Harper has not yet announced a business model, and publishing experts are still wondering exactly how Miller and his team will profit from the screwing. But they have begun screwing a select elite group of writers and hope to have the screwing down sometime in the fall.

“Who do these cocksuckers think they are?” barked Goldstein. “Not only do they take my brand name, but they take some of my fucking ideas.”

As a peace offering, Miller has asked Goldstein if he would like to be screwed under the new imprint. Negotiations are still pending, but it is believed that Goldstein will, in all likelihood, be screwed.