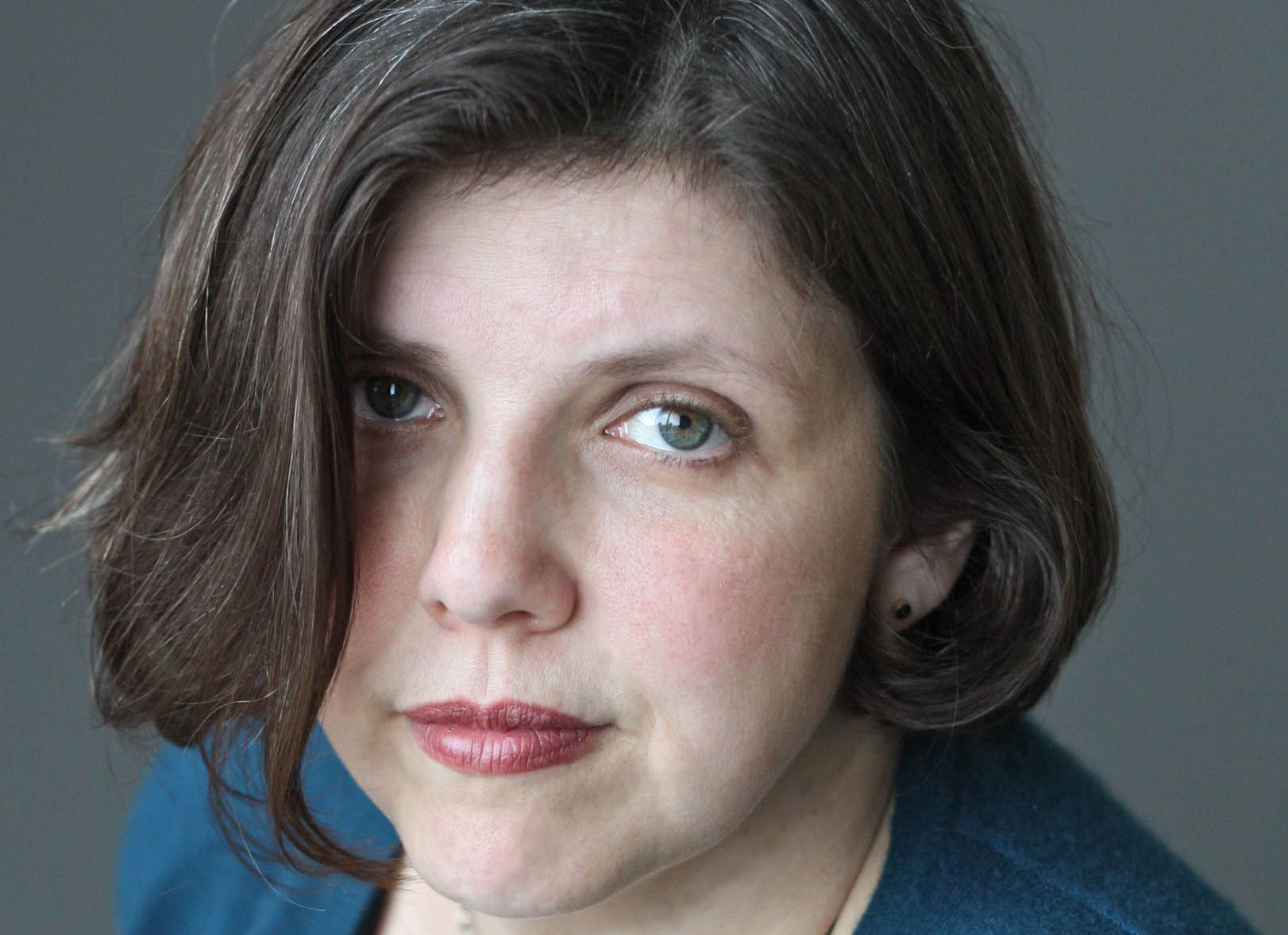 If we leave out a few words, how does the story change? How are human instincts for speculation encouraged by a minor elision? Who really knows the story? Jenny Offill explores these ideas and more in her new novel, DEPT. OF SPECULATION. We discuss the virtues of twisted quotes, the narrative frameworks that can be extracted from poetry, the risks of self-consciousness, and the importance of a contrarian impulse.

Jenny Offill is most recently the author of Dept. of Speculation.

Subjects Discussed: Words dropped from ellipses, Thomas Edison quotes, digital binaries, John Keats, fabricated quotes, fact-checking fiction, David Markson, spreading false literary rumors, a writer’s obligation to resist the literary canon, destroying forms that came before, motherhood as a stigma war, merging the domestic novel with the novel of ideas, the mommy wars, “being pecked to death by little birds,” falling into the world of the body, motherhood erroneously framed as ambivalence, secular spirituality, Richard Powers, views of Jesus outside apartment windows, fake Buddhism, the tension between exploring vs. leaving material out in Dept. of Speculation, seeking emotional velocity in a novel, outrunning your precocity, the attempted novel before Dept. of Speculation, creating a compendium of consciousness, Samantha Hunt’s The Invention of Everything Else, the vaguely criminal impulse of secretly depositing meat you can’t eat from a massive plate into a napkin, extreme self-consciousness, the imitative fallacy, how deadpan humor allows the reader to confront despair, Jesus’ Son, John Berryman’s The Dream Songs, Renata Adler’s Speedboat, Janet Malcolm, how facts line up to a narrative, Freud’s Civilization and Its Discontents, the mutability of facts in the Ann Druyan/Carl Sagan marriage, Mary Ruefle, Ann Parson, the freedom to move essayistic in fiction, the brief “lyrical essay” movement, John D’Agata, the problem of novelists being asked about literal parallels to autobiographical details, author and character temperament, “doctor” and “daughter,” the risk of getting stuck in the wrong regions of the book, gaffes as creative possibilities, James Joyce, Gilbert Sorrentino and generative devices, having a permanent sense of loneliness, being awake to the world around you and porousness, a world populated by people with dead eyes, brightness as a qualifier for a worldview, the fun of listening, Kummerspeck, physical space defined more by how it is infested as opposed to its layout, proverbs about insects, words as insects, Voyager’s Golden Record, and making fiction more emotionally charged.

Correspondent: One of the first things I noticed in this book — and it’s there from the opening epigraph — is the ellipses. This is definitely one of those books where close reading is greatly rewarded and I was fascinated by how you used ellipses to leave out very pivotal parts of quotes. Just to offer one example, you have the epigraph from Socrates. “Speculators on the universe…are no better than madmen.” But the words between the dots that you leave out are “and on the laws of the heavenly bodies.” Which is interesting. Because that’s cosmological and you also explore that later in the book. I also noticed later in the book that you have this Edison quote, which I believe you plucked from Gaby Wood’s Living Dolls: A Magical History of the Quest for Mechanical Life. Because the ellipses actually match the exact same citation that Wood did.

Offill: That is where it’s from.

Correspondent: Okay. Fantastic! So anyway, just to start off here, we are pressed in our life right now to confine our instant thoughts to 140 characters, to submit to the dreadful binary of +1 and Facebook liking and all that nonsense. So I’m wondering how you arrived at the ellipses as a way of reckoning with what we leave out and how what we leave out actually tells a story. How do you think these dropped phrases can possibly combat the digital reductionist age that we have to suffer in right now?

Offill: Oh my gosh. What an amazing question. I think that I’ve always been, as a writer, in compression and in how much you can distill in a small space. And so an ellipses is one of those ways to create either a pause — like you might have a breath in a poetry line — or also that trailing off feeling.

Offill: Like there’s a moment in the book where the character says, “I was expecting to have the crackup with the head scarf and the people speaking kindly at my funeral.” And then it says, “Oh wait. Might still get that one.” And it trails off. And it’s because it’s meant to capture that feeling of thought where you get halfway through a thought and then you kind of stop. And I feel like instead of what we think of as the kind of digital version of compression, which is about pithiness and sound bites and more of that kind of thing, something that was more about when our thoughts hesitate and our words follow. That’s what I was trying to capture.

Correspondent: In a weird way, it almost responds to the subtweet, where you are talking about someone without really talking about someone. Except that actually ends up becoming more vulgar and not as interesting as, say, just leaving something out. Which is the ultimate way of responding to the world. Anyway, so the wife — I’m going to call her “the wife” because she’s the unnamed protagonist of this novel — she has this very unusual relationship with John Keats.

Correspondent: Keats, he informs her concern for death and dread, I think. I mean, her insistence that she is a part of a minority that experiences permanent anguish as opposed to the majority that experiences temporary anguish. There’s that distinction. But I caught the Keats thing. Because we first see this when she cites the words on Keats’s tombstone — “Here lies One whose Name was writ in Water” — without actually naming Keats! And then she claims later on — and this was amazing — she claims that Keats said, “No such thing as the world becoming an easy place to save your soul in.” I have done a thorough search. I have not found that quote from Keats. I did start to catch on. Hmmm, anytime that Jenny actually says, “What X said,” it’s not true for a large chunk of the book! And I wanted to ask you about this. Keats emboldens the wife to invent these further quotes, including one from Simone Weil. which Meg Wolitzer on NPR actually thought was true. But it was not. So I’m wondering what was it about Keats that triggered this particular impulse to invent quotes for this character?

Offill: I think that he’s always been a sort of Romantic ideal for most writers — or, at least, a certain type of writer. And that line about your gravestone being writ in water, I think for anyone who’s thinking, “Why am I doing this? This isn’t going to last. This isn’t anything,” it seems to have some kind of resonance. As for the other one, I do believe that I had a citation for it. But I also meant for the ones that say “What so-and-so said” to be filtered through her mind and slightly changed.

Offill: So that may be why it was hard to Google. We did sort of extensively fact-check the quotes. I had to go through and give citations for all of them.

Offill: Yeah. So I could probably pull that out somewhere. But I noticed that even people who are far more eloquent than I am, I somehow had managed to take a word out or add a word. It was always that controlling writer impulse where you want to change rhythms and change everything to sound right to your ear.

Correspondent: Well, on the other hand, there’s a certain kind of fluidity in taking quotes and putting them into other people’s mouths. And changing one word, then actually frustrating the obsessive reader type like me…

Correspondent: Because I can’t quite find the exactness. I mean, maybe this is also part of the problem, of having to scavenge from the guts of what has gone before in order to find new forms of expression, in order to come to terms with what we leave out of our stories.

Offill: Right. Well, I like writers like David Markson. And I like the way that he brings in those small literary anecdotes. And you also find, if you go through his books…

Correspondent: A lot of them are not true.

Offill: Yeah. A lot of them are not true. In fact, someone — I think it was Blake Butler — did a kind of hilarious thing recently that was “Literary Rumors.”

Offill: They were all just like really absurd. And so I think that kind of — I want to call it the pattern-making part of our brain. It makes over even something that seems like it should be complete and puts it into the pattern of the world as that character sees it.

Correspondent: Do you think we have a certain obligation to resist the canon? Or to resist the cultural conditioning that we are inevitably going to take in when we read all sorts of books and we memorize quotes and memorize poems and we use that as a kind of reference for our lives? I mean, inevitably, we’re going to have to resist that, I think, to find some original form of expression. What are your thoughts on this? And is this book in some sense a solution to that?

Offill: I thought a lot about that. Because I was wondering if I should include quotes at all. And I certainly thought about not having any of them in there. Not least of which because it’s hard to put your writing next to some of the people I was quoting. But I also felt like I was trying — and whether I succeeded is really more for the reader to say — but I was trying to make a form that felt modern and new to me. And so the feeling of having those quotes as springboards into other thoughts — I do think you always have to go against and have a contrarian impulse to what’s been made before. And that’s how you make new things. And that’s how you startle and surprise yourself as a writer.

Correspondent: Maybe another way to approach this question is to ask you how you, as the author, and you, as the character, work together to mangle quotes in a very interesting way. Did you find that the vicarious…

Offill: You’re starting to worry me. How many did I mangle? You must have it worked out. (laughs)

Correspondent: No, no! I actually love the fact that some are mangled and some are unfindable. But I’m wondering — especially since you had mentioned the fact-checking earlier. I think writers have a duty to bust shit up. So the question I have is: how much of the tossing rocks through windows came from the character and came from you? And how did you work together to ensure there was a certain kind of nihilism that was healthy for this?

Offill: Right. Well, I definitely wanted to create in the character of the wife someone who was bolder and a little more “Fuck you” and “Fuck things up” than I am in my life. I’m a much more timid creature.

Correspondent: Which is why you’re holding the knife right now.

Offill: That’s why I’m holding the knife to your throat and making sure that you start to praise the book really soon. But I do think…

Correspondent: Can’t I just give you twenty dollars instead? Maybe a hundred?

(Loops for this program provided by kraweic, mingote, 40a, and ebaby8119.)