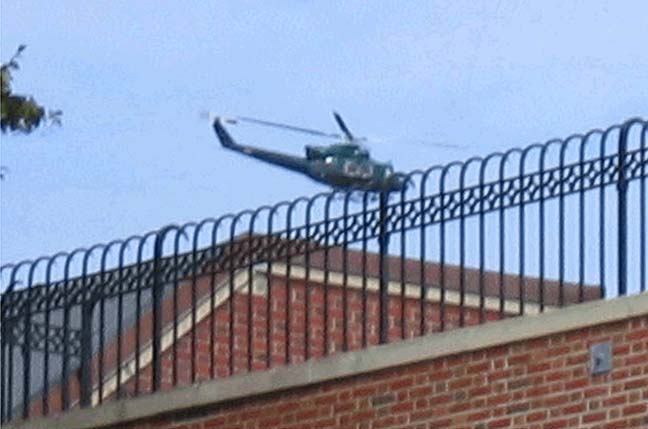 Last Wednesday, Laura Miller offered another typically incoherent tirade, perhaps demonstrating some closet desire to become the Maureen Dowd of the literary world. Her column attempted to stir up controversy over the apparent problem that this year’s fiction finalists for the National Book Award were, with the exception of Tea Obreht’s The Tiger’s Wife, composed of “low-profile and/or small press offerings.” Failing to comprehend that awards often represent opportunities for readers of all stripes to discover new titles, and lacking anything even approximating facts, Miller resorted instead to the conspiracy theories that one expects from undergraduates passing a pipe in a dorm room to stave off boredom. She put on her tin foil hat, detecting “the sense that the fiction jury is locked in a frustrating impasse with the press and the public” and not understanding that the National Book Award judges are too busy reading hundreds of books to worry about what their decisions will mean with “the press and the public.”

Miller writes that the press “expresses bafflement” when some obscure writer wins, but fails to cite any examples. Sure, there was some minor controversy one year over the five fiction finalists all being women from New York. But that was seven years ago. Last year, Jaimy Gordon certainly surprised the audience by winning the National Book Award over such literary bigwigs as Peter Carey and Nicole Krauss. But what specifically is Miller referring to? The New York Times merely reported it as “a surprise pick,” which was accurate reporting. Much as Maureen Dowd once got a ridiculous column out of some mythical meeting between two senators, Miller seems to be implying some similar clink of glasses between NBA judges and the press. But as someone who has covered the National Book Awards multiple times, and who hasn’t been able to get anything from the judges (despite a combination of charm and silly questions), I can confidently report that Miller doesn’t know what she’s talking about.

Miller’s column is little more than irresponsible speculation. It belongs in a neighborhood circular, preferably distributed by lunatics off a moving truck in the middle of nowhere, not a distinguished online magazine. Even though she’s clearly unfamiliar with “whatever policy each panel of judges embraces,” Miller’s ignorance certainly doesn’t prevent her from engaging in relentlessly uninformed speculation. Miller claims that “the impression has arisen that already-successful titles are automatically sidelined in favor of books that the judges feel deserve an extra boost of attention.” But when we refer to two recent judges who were kind enough to share their National Book Award experiences, Miller’s deranged theories don’t add up. In 2006, judge Marianne Wiggins wrote an essay for the Los Angeles Times outlining the process:

In our first conference call, we began to try to define what we were looking for. A “national” book? A work of fiction that spoke to the “American” character? Judge No. 1 wanted “readability,” and No. 5 wanted “a sense of discovery.” I just wanted writing that would set my hair on fire.

We see with Wiggins a variety of motivations. But neither “readability” nor “a sense of discovery” fits into the hypothetical sidelining of successful titles.

More recently, Victor LaValle wrote a piece for Publishers Weekly responding to Miller’s claims: “If such a thing ever happened then the NBA are really nefarious because they wiped my memory banks clean.”

If Miller had taken the time to consult Wiggins’s essay or contacted any of the judges, then she would not have written such an intellectually bankrupt column. She certainly would not have leaped to the paralogic contained in the unintentionally hilarious paragraphs that follow, whereby “the larger reading public has also proven recalcitrant” (really?) and even has the effrontery to dictate the qualities that “don’t matter much to nonprofessional readers or even put them off.”

I’d like to inform Ms. Miller that this outsider was so intrigued by Jaimy Gordon and Paul Harding’s respective award-winning books that he invited both authors to discuss their books at length on The Bat Segundo Show. (Both graciously accepted. You can listen to my conversation with Gordon or Paul Harding, if you like.) I would like to think that Ms. Gordon and Mr. Harding would have found their way onto the program eventually. But it was the awards that allowed resources, permitting these two writers to make their way to New York and talk with me. I don’t especially care how obscure or popular any writer is. And I also don’t especially care whether a book is “so obscure as to be virtually invisible.” I only care if the book is interesting. What Miller doesn’t seem to get is that if people like a book, then they are not going to stay silent about it. To the extent that awards can encourage such enthusiasm, I don’t really see what the problem is. Unless you are someone who hates books or, like Miller, you hate any independent mind or mechanism offering an alternative to your unadventurous, huckster-friendly sensibility. As Dan Green has noted, “by now it’s clear that Laura Miller has staked her claim to critical influence on a defense of ‘ordinary’ readers against fancy writers who write too much and that she’ll stick to that story, however misguided, lest her standing as a critic to be heeded is threatened.”