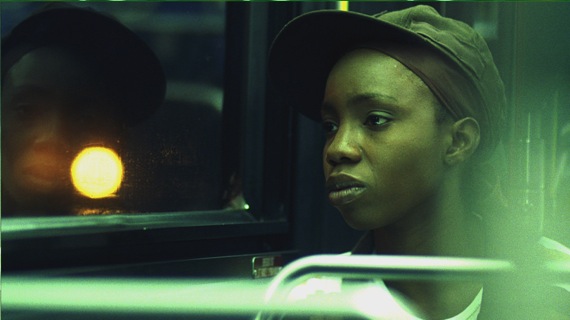 Since black homophobia is often too easily portrayed as a symptom of race rather than a symptom of class, it’s a relief that writer-director Dee Rees has arrived to investigate the matter.

[This is the fifth in a series of dispatches relating to the New Directors/New Films series, running between March 23, 2011 and April 3, 2011 at MOMA and the Film Society of Lincoln Center.]

Last September, in response to Floyd Mayweather’s homophobic rant against Manny Pacquiao, Stanley Crouch wrote an essay suggesting that African Americans “exemplify the modern age in their contradictions as thoroughly as any other ethnic group.” Yes, black voters showed up in California to vote against same sex marriage. But Crouch observed that, thanks to Amiri Baraka, homophobia had been part of black nationalism as early as the 1963 March on Washington. (In a 2009 interview with 3AM Magazine, Baraka claimed that his words emerged from anger that “was part of the mindset” created by numerous political assassinations, but he didn’t apologize for his homophobia.)

Since black homophobia is often too easily portrayed as a symptom of race rather than a symptom of class, it’s a relief that writer-director Dee Rees has arrived to investigate the matter. Her debut narrative feature, Pariah — an extension of her 2007 short — finds its best footing when illustrating how middle-class aspirations and the desire for stability are often responsible for this lingering atavism. Late in the film, when Audrey (Kim Wayans) reacts to her 17-year-old daughter Alike (Adepero Odeuye) after she defiantly shouts, “I’m a lesbian, I’m a dyke,” the moment’s true horror comes from understanding how Audrey’s materialist desires for a Fort Greene brownstone (rather than a place in Queens, an early life of struggle hinted at throughout Rees’s film) and her efforts to stick with the “right people” at church have permitted a few dormant prejudices to explode within this apparent domestic bliss. (And by making Alike’s father a cop, played by the excellent Charles Parnell, Rees neatly aligns Audrey’s Christian virtues with Alike’s father’s concession to an authoritarian vocation. It isn’t a surprise when we learn that this isn’t a happy marriage.)

Crouch suggested that “consenting adults will win out over all the blather,” but, in his otherwise thoughtful essay, he didn’t answer the equally important question of how children, still struggling to find identity, might cut through this noise. In Pariah, Alike isn’t a terribly rebellious teenager. She sneaks into nightclubs in drag with her friend Laura (Pernell Walker), but spends most of her time inside shyly occupying red velvet couches and struggling with her sexuality. Does she shove a dildo down her pants and pretend to be a man? Does Alike have the “right people” to go to? Even in seemingly civilized Fort Greene, Rees has the courage to suggest that plentiful community resources aren’t always allocated to answering the right questions.

One night, Alike returns home later than curfew and Audrey yells at her. Rather than trying to understand her daughter, who is also a blossoming creative writing student getting good grades, Audrey would rather blame Laura, “that young lady you run out with,” for Alike’s apparent confusion. But surely the mixed signals at home (dad calls her “Allike,” mom calls her “Lee”), buttressed by Alike’s parents trying to squeeze their daughter into their cannibalized notions of success, are the main problem.

Audrey sets Alike up with Bina (Aasha Davis), a girl from church who appears to be a model teenager. Someone who dresses nice, who isn’t likely to corrupt Alike with that Reema Major trash, and who quickly subsumes Laura’s role as regular friend. What Audrey and Alike don’t realize is that the world isn’t nearly as neat as they realize.

Rees is greatly helped by her cast. Oduye, Davis, and Walker all play their teenage roles as if they’re just close enough to self-sufficiency to grow beyond many of these invisible shackles. And this makes it especially painful when some unanticipated development sets their slow progress back.

Unfortunately, the film sometimes tries far too hard to be natural. The handheld camera work, striving for a docudrama approach, sometimes intrudes too much on an organic moment. One scene in a store, in which the question “How does pussy taste?” is presented in front of a few old timers, contains streetcred that is just too forced to be believed. However, one of the film’s best moments is a late night bonding session between father and daughter, where Elika comes very close to telling her dad how she feels. The dialogue itself is okay, but Charles Parnell, who is probably best known for his voiceover work on The Venture Bros., is a very generous actor and sells the scene so that it resonates.

Rees deserves credit for exploring social issues that few American filmmakers are willing to touch. Once she figures out the right balance between realism and drama, she’ll be a very formidable filmmaker. I certainly hope that she isn’t seduced by the less nuanced Hollywood machine.