Research into day jobs has turned up some surprising insight into how bland occupations destroy the human spirit and contribute to premature mortality. Workers clinging to jobs they despise have been found not only to die two to five years earlier than those working an enjoyable day job, but have also shown a marked decline in enthusiasm for outside interests and passions, occasionally identified as “boredom.” Chained to an economy that cuts tax breaks for the rich while failing to recognize the plight of the working poor, the slave class has seen their inner strength and faith depart earlier than their bloated brethren. As the slave class has recognized how closed their world has become, their interests have, in some cases, become limited to cable television and potato chips. 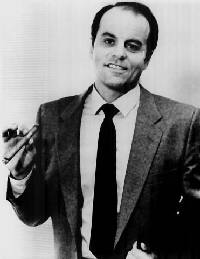 Experts from Plato onward (“No trace of slavery ought to mix with the studies of the freeborn man.”) have realized for decades that it’s necessary to enslave a sizable portion of the population while preserving an educated class. Referred to as “the service sector” or “the temp industry” or even “dull admin jobs,” this slave career niche is often advertised with remarkable and unholy enthusiasm. Perky people working in departments called “human resources” and “career analysts” often inform potential applicants on how to “market their skills” or instruct them “how to create a positive impression.” Descending lower down the ladder, the slave population can often be located in retail stores, motels and restaurants, hunkered over toilets with a brush, their faces plastered with the most genuine smiles they can muster, all toiling for a pittance and all subject to greater scrutiny than the population fortuitous enough to have been borne into wealth or blessed with Ivy League connections.

However, none of the social scientists ever anticipated that the existing state would create such unmanacled misery. Nor did they count upon the fact that the educated class would require the services of the slave class from cradle to grave. Nor could anyone anticipate the peak in globalization. Who knew that the slave class would be manumitted to some degree? Who knew that presenting them with the illusion of “independence” would make them resistant or perhaps so angry and irrational that they would throw their faith in with some cowboy from Texas who clearly could not manage the current state of affairs (let alone his own), or even consider a terrible act of torture as a heroic deed?

Who knew that it would be “lack of training” that would also be the casual explanation for the abusers? A casual problem that the human resources person would have an answer for: “No problem! Market your skills!”