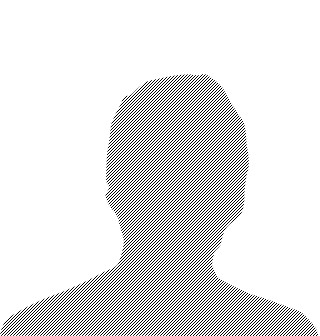 The girl broke his heart. Just like the previous one had. And the one before that. But it was meant to be this way. This was his lot in life. He hadn’t intended it to play out like this, but it always did. And he was helpless when it came to the horrible side effects of his strangely appealing character. Three years from now, he would discover that the latest girl who broke his heart would be married to somebody else. A man less photogenic on Flickr, some Romeo who wrote blog posts and tweets that were inarticulate (to put it charitably), and yet the new man was somehow meant for the girl. He’d stumble onto photos of the happy couple and he’d see her snuggling up to the new man in the same way that she had once snuggled up to him. And while this hurt, he knew deep down that the new man, the right man, somehow fit better.

He wondered why he was always doomed to be this temp chip on the felt. He had done everything right, sending roses at the right time, alternating between surprise and routine, and lending an open ear over so many silent hours. But he was always the unappetizing appetizer. The sampler before the main meal. The one year prerequisite course before soulmate. The previous girls had called him soulmate. They lied. Or maybe he was and they had been wrong. Or maybe he wasn’t and they had been right. Feelings were fickle and subject to change. Still, all these endearments were meaningless in the end. These girls needed him because for some reason he lifted them. He empathized and listened and walked them home. Then he’d loosen his own feelings and the girls would accuse him of selfishness. And he’d read all the emails frozen with those telltale time-date stamps of a soul locked in development and he’d see confusion instead of solipsism. But he couldn’t blame these girls. It may have taken two to tango, but the dance of blame didn’t require a partner and was often harsher.

And just when he thought he was finished with girls, another would come. Some unexpected fuck blooming into a full-fledged relationship. Sometimes they would make the moves. They smelled his nascent shyness and sniffed something in him. And since it always played out the same way, he wondered if they had always anticipated his inevitable role as placeholder. They would sometimes approach him after the break, sponging his heart and intellect, hoping to grab a few more bits.

He was thirty and he already felt like an old man. But he wouldn’t be a placeholder forever. He would learn, like most men waking up just before the midlife hill, just why he had been a placeholder and his chip would slip from the green.

If you are a placeholder right now and you are reading this, please have patience. The wheel turns after you stop paying attention to the clock.