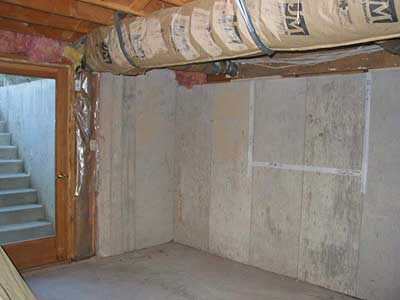 Pictured above is a basement in Terre Haute. It is within this damp and miserable environment that 26-year-old literary blogger Jerrold Hysteria muses about literature, often mocked and belittled by newspaper critics who cower under desks the minute that they hear the words “Tanenhaus Brownie Watch” or “LATBR Thumbnail.” Mr. Hysteria has received forty-two phone calls from novelist Richard Ford in the past week: all of them collect. Mr. Ford seems to think that Hysteria is the litblog force that caused The Lay of the Land to be considered less worthy than Independence Day. Mr. Ford has a lot of spare time.

Mr. Hysteria, alas, does not have Mr. Ford’s luxuries. Why then would he operate in a basement?

“I don’t know why he pays attention to me,” said Mr. Hysteria by email. “I’ve only read The Sportswriter and didn’t care for it.”

Mr. Hysteria runs the literary blog Richard Ford Ate My Tuna Salad Sandwich and Didn’t Pay His Half of the Check and he is just one of many litbloggers who has been blamed for many of the current problems in literary culture. Mr. Hysteria has a Technorati rating. Mr. Ford does not.

Because of this, Mr. Hysteria, like many other litbloggers, needs your help.

Here is what you can do to save blogs.

1. Please tell Richard Ford to stop calling Mr. Hysteria. This is costing him serious time and money. He lives in a basement.

2. Please tell John Freeman that Mr. Hysteria would like to give him a hug and means no malice.

3. We’re also going to need someone who doesn’t mind traveling to Terre Haute and doesn’t mind basements to give Mr. Hysteria a lap dance.

There will be more published here on what you can do to save the blogs. We’ll be asking major figures, such as Lorrie, the angry chick at Starbuck’s who “doesn’t know what the fuck a blog or a book review is,” to weigh in here in the coming weeks.

This is serious business. There are men over thirty crying about this.

SAVE THE BLOGS! Starting with Mr. Hysteria in Terre Haute.