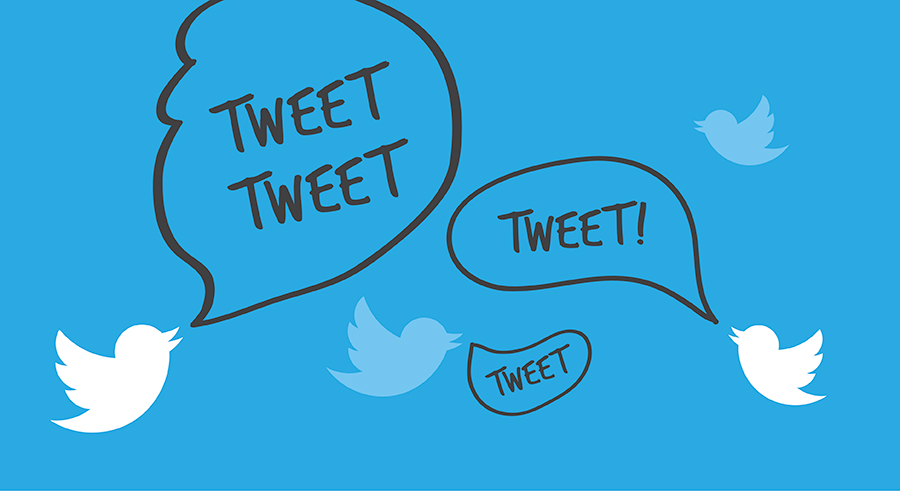 Enough is enough! My tweets are not my life! What gives you the right to imagine?

The panic starts in Le Havre. I’m sitting by the seaside drinking complimentary mimosas and I suddenly realize that I don’t speak French. I’ve been flown out here by some crazed Scandinavians, who successfully raised $600,000 through a Kickstarter campaign after they learned about my Twitter account and became very big fans. I wish I could be more grateful for this, but there is something about being flown out to another country on someone else’s dime that turns me into a raging egotist. I suddenly want to berate valets whenever I feel that I’m not being pampered to my exacting standards. My Belgian publicist, shortly after reminding me that 70,000 people died every month during the Battle of Verdun, tells me that she’s just read the entirety of my tweets — all 40,300 of them — while preparing a turkey dinner for her dying nephew. She leans close to me, not long after misting up a bit about her nephew, and says, quietly, “You should prepare yourself for invasive publicity.” And that’s when I ask if she’s ensured that all of my meals in Le Havre are gluten-free.

There are other tweeters who love this sort of thing, who somehow believe that they are towering pundits by way of affixing numbers before their reductionist sentiments and demonstrating that they are more impulsive than sage. Some have even called themselves “journalists” or “writers,” despite copious factual mistakes and grammatical errors in their 140 character dispatches. And as my Belgian publicist turns in her resignation notice and throws one of my half-imbibed mimosas into my face, I can’t help but ruminate upon my own trivial problems, which seem much bigger than a dying family member. I’ve always found the presumption of autobiography when applied to my tweets a little lazy and like so totes really really unfair, dude! Or, as Donald Trump would tweet, VERY UNFAIR!

I went through it during my @drmabuse Blue Period. On May 3, 2016, I changed my Twitter page background to blue and kept it that way for about four months. In interviews, at festivals, at live readings of my tweets, journalists and readers alike would ask me — white, Californian — if anyone in my family was blue. There was the uncomfortable moment in which I was chased into an alley by various members of the Blue Man Group, who all called me “brother” and “family.” I broke down in tears and reluctantly affixed the hues of the Detroit Lions to my crumbling emo face. Not even my questionable percussion skills could dissuade the Blue Man Group of their position. As far as they were concerned, I was blue.

My new tweets are about a single, childless man living on Mars (I have since moved to Brooklyn after realizing that oxygen was hard to come by on the red planet). But I’ve no interest in acting as a spokesman for single life, Martian exploration, or Blue Pride, or for anything, really. I tweet because it is a place to hide or, more frequently, because I am bored or procrastinating.

Yes, I read other people’s tweets and speculate about them. Yes, I realize that I am the biggest gossip of this community, disseminating all manner of lies and unsubstantiated rumors about people when I’m not complaining about other tweeters I run into at parties. I have been told that I should place my fury into more meaningful subjects such as ICE’s callous war on immigrants, the fight for fifteen, or unarmed African-Americans being harassed and shot by the police. But what do you want from me? The New York Times Book Review, which is too gutless to publish polemical pieces about substantive subjects, needed a whiny essay that I could bang out in about an hour. Plus, I have tweets to promote. It’s important for me to honor the Scandinavians who went to all this trouble. I am neither Muslim nor African-American. And I was told by the editor that the world needs more essays about light-skinned people’s problems. So here I am!

Why don’t people just read the tweets, though? What is behind the fascination with the real-life connection between twitters and their work? It’s almost as if people are fond of using their imagination, feeling entitled to speculate in order to make sense of other voices. Well, I am the tweeter! Not you! It’s my way or the highway! And I am very irritated that you choose to be perfectly normal and daydream about people who amuse you with their half-baked sentiments on Twitter. Well, if you can (and we both know you can’t!), maybe you can hang out with me and realize that I don’t really have the inside track on Han Solo’s real name and that my views are a lot more nuanced and that, despite my ardent Duolingo efforts, I still can’t speak French very well. In a hundred years, nobody will care about this essay. So if you can, forget about me. Just be there with the tweets and realize, after they amuse you, that they are just as forgettable as 90% of published fiction.

And don’t forget to send thoughts and prayers to my Belgian publicist.