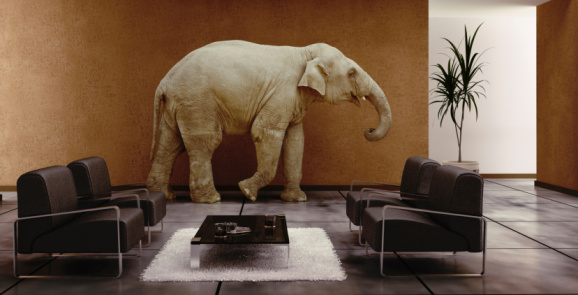 They were gathered young and old around round tables at the International Digital Publishing Forum. They sipped hot coffee and cold Frappucinos and didn’t really touch their breakfast remains. But they hoped to snatch a foolproof map outlining the proposed routes on a misty Monday morning.

There were a few long-haired lads in suits, mimicking Steve Jobs in look if not in attitude, and some veterans who had fled from other industries. One man had witnessed the rise of digital photography and the closing of 4,500 Fotomats and he wanted to know if something like that was happening on the books front. He didn’t really get an answer, but these things happen in cycles.

How much could anybody spill while the Department of Justice ebook collusion suit played on? It was tough for the top dogs to talk. These settled professionals and aspiring entrepreneurs were informed at the head that there would be no questions on agency model or pricing. But there was steady banter about “consumers.”

“Most consumers won’t know who is publishing the book,” said Open Road’s Jane Friedman with the calculated swagger of a recent digital convert. She would be corrected later with some subtlety by Richard Charkin, who pointed to the prominent Bloomsbury found on his front covers (that ten word name, associated with the Harry Potter books, had been one of the fine ingredients that had moved the fish and chips across the pond). Random House’s Madeline McIntosh said that her work was “less about establishing a brand name and much more about serving the author’s relationship with the consumer.” 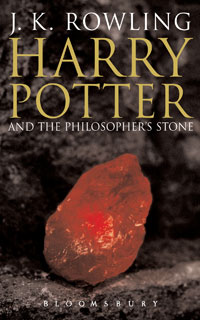 Why didn’t these capable titans refer to readers by their rightful name? Perhaps talking about readers in human terms interfered with business operations. Freidman said, “We want to get to them quicker, more efficiently.” This would be done by “marketing extensively.” I didn’t know whether to be more alarmed by Friedman’s crude reliance on adverbs or her suggestion that passionate readers are malleable cyborgs.

Perhaps because booksellers still factored into her business plan, McIntosh expressed a more inclusive perspective. “I don’t think we add value to the author or the reader by competing with the booksellers,” she said. “They have a hard enough job making a fantastic customer service environment. Trying to compete with them is not productive.” She mentioned how booksellers were asking publishers to help them retain customer data and how passing this onto the retailers represented a “lost asset.”

Hours after McIntosh uttered these words, I got into a near violent altercation with a pushy clerk blocks away from Javits at B&H Photo Video, because he insisted on my name, my phone number, and my address if I wanted to purchase a $20 lithium ion battery charger. This was after I had stood in line for ten minutes. I thought collecting my personal information on such a trifling item was both unreasonable and time-consuming. But the bastard was uncompromising. I snapped, “Hey, buddy, do you want a sale?” He didn’t and repeated his request for customer data. So I left, and B&H lost a customer for life.

There was the suggestion that McIntosh had her authors poll her customers, getting a sense of what they liked on the cover. But was this really the case? Is every conversation between an author and a reader transactional? Or is that merely the viewpoint you see when you’re sitting top of the world, ma?

Charkin was an old school gentleman dressed in white. He was British. All he needed was a sword and John Boorman’s direction. Perhaps some of this explained why he brought up a Cricketers’ Almanack to make a point.

“I don’t think we should draw conclusions,” said Charkin. “We publish something called Wisden, which is the annual thing. It’s been going for 149 years. It comes out with statistics.” It was this annual cricket “almanack” which sells 40,000 copies in hardback and costs about $80 a pop every year. 35,000 of these books are sold to the same loyal souls. But the book trade doesn’t keep tabs.

“They don’t keep a record of who’s buying them,” said Charkin. “Essentially it’s the same people.”

It was this community of cricket enthusiasts which permitted Bloomsbury an influx of loyal regulars. Charkin made the point so eloquently that he didn’t even need to use the word “consumers.”

“For those who rise up to a certain level,” said McIntosh in relation to self-published wunderkinds bumped up by the undoubtedly selfless motivations of publishers, “that’s where a scale publisher such as ourselves jumps in and makes it available in print and digital.” Five million copies of Grey had been sold through print. The other half had been purchased through digital. Print copies flooded into the market and had a positive effect on digital sales.

But there was talk about an elusive cash register effect that wasn’t available online. Again, I had to wonder why these savvy business leaders avoided mentioning the very human booksellers that, in fact, make such a “cash register effect” possible.

Unsurprisingly, Friedman disagreed with this assessment. “Discoverability comes from marketability,” said Friedman. I looked up from my note taking to see if there was an accompanying Powerpoint slide that Friedman was reading from. There wasn’t. She pointed to the success of Walter Lord’s A Night to Remember and seemed to take credit for helping Henry Holt sell its paperback version and pushing a 55-year-old book to the New York Time‘s bestseller list. There was no mention of the obvious possibility that the recent 3D reworking of James Cameron’s 194 minute tribute to spectacle and cheesy dialogue, to say nothing of the Titanic’s 100th anniversary, may have factored into the increased sales.

Charkin had a more reliable example. He pointed to a book called The Twitter Diaries. Some literary agent had persuaded Bloomsbury to publish it. It was published in ebook format. He decided to publish a print version. Piers Morgan and others spread the word on Twitter. And the book climbed up on Amazon – conveniently enough, on the very day Bloomsbury was announcing its financial returns. By 11:00 AM, it had hit #1,000. By lunchtime, it was #100. By the end of the day, it was #4. Word of mouth through the right people had made it a hit.

“Anyone who isn’t acting like a startup has a serious problem,” said Charkin in response to another question. “Actually, our industry is about nickeling and diming. We have to pay what we have to pay.”

Unfortunately, this means that Charkin, despite being a fairly charming guy on stage, is all about the bottom line. He pointed to a time in the early 1990s when the scientific publishing community was challenged by the Internet. At the time, print copies were sold to university libraries at high prices. But the industry, after investing hundreds of millions dollars into digital platforms, found ways to make scientific publishing work online. It worked. The industry’s profitability has held. “It is absolutely possible to be a publisher in the digital world and hold gross sales and digital profits.” Alas, the price of the scientific article has fallen tenfold, perhaps a hundredfold, since the halcyon days. And while a publisher can remain confident about finding new ways to keep the coffers full, it wasn’t immediately apparent how this translated into steady labor for the very scientific writers who had produced the work in the first place.

Despite the panel’s prohibition on certain strains of shop talk, this didn’t stop McIntosh from calling digital rights management a “red herring.” In her experience, DRM did not lead to an increase in piracy, but was neither pro nor con on the issue. “I don’t think our people are buying onto the Kindle because handcuffs are on them,” she said.

Friedman said that “there was more piracy on the p side than the e side in my experience.” But she didn’t cite any specific figures. Perhaps she had been recently burglarized. Expanding further, she said, “You know what? You can always put it back if you make a mistake. And if it doesn’t work, you can always put it back on.” It is my understanding that some especially pious hymns to hymenorrhaphy have a similar line of reasoning.

I figured the talk had cleared up all thoughts on DRM, but a libertarian-minded fellow paraphrased Howard Zinn during the Q&A, mentioning something about how hard it was to be indifferent on a moving train. McIntosh, to her great credit, tried to explained to the young man that most regular people (i.e., 99% of readers) were too busy mastering one device to care about how well a format transfers onto another device. If the young man didn’t have his question answered, then I’m sure the young man will probably express his concerns with similar nuance on a Slashdot comment thread sometime soon.

“I’m willing to grab any format of media that will work to expand an author’s audience, but I do need to stay pragmatic,” said McIntosh.

Friedman begged to differ. She pointed to an enhanced book of James Gleick’s Chaos. “When you talk about pendulum theory, you want to see something going like this.” From my angle, Friedman’s accompanying gesture looked very much like the beast riding the two backs. And for reasons I could not discern, any lingering desire I had to learn about pendulum theory, much less purchase a book written by James Gleick, instantly evaporated. Who needed a book, either straight or enhanced, when you could see something going like this?