Sarah Hall appeared on The Bat Segundo Show #206. Hall is most recently the author of Daughters of the North (published in the UK as The Carhullan Army). My essay on Sarah Hall can be found at the B&N Review. 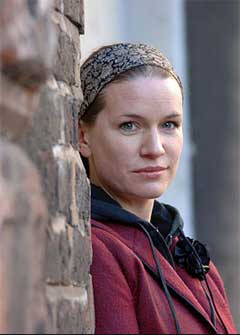