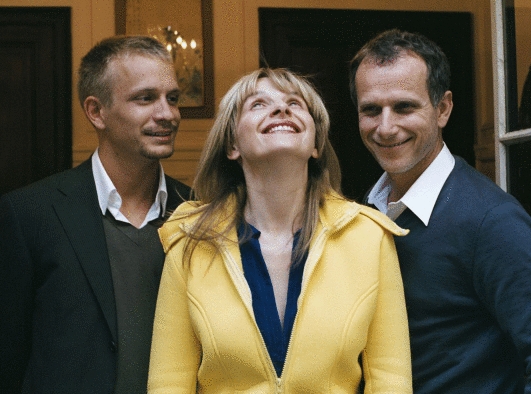 [This is the eleventh part in an open series of reports from the New York Film Festival.]

Olivier Assayas is a prolific auteur. Summer Hours is Assayas’s third feature in two years, following Boarding Gate, a muddled dimebag noir depicting an implausible relationship between the gravel-voiced Michael Madsen and the melodramatically languorous Asia Argento, and Eldorado, a television documentary chronicling Angelin Preljocaj’s efforts to choreograph Karlheinz Stockhausen’s imposing Sonntags-Abschied. Summer Hours, with a premise nowhere nearly as Chekhovian as the situation suggests, is a considerable improvement from Boarding Gate, involving three middle-aged scions in an artistic family attempting to corral a family legacy against their own financial needs.

It doesn’t quite live up to its full potential, but it certainly comes close. Mother, a cheerfully depressed and easily tired woman who we get to know in the film’s first half hour, dies. Father — a renowned artist named Paul Berthier — has been dead for some time. The Berthier home, built over the years into a summer retreat for the family and populated with expensive furniture and art, is ready for the auction block.

Assayas is on point here thematically. Charles Berling, who is looking more and more like Aidan Quinn with each movie, plays Frédéric, the most interesting character of the three. He’s an economist courting controversy with his books, but remains very much in doubt about who he is. He cannot connect with his teenage daughter, but attempts to reach out to her with liberalism, only to see these slippy efforts resisted. He lives very much in his father’s shadow, but Assayas is wise enough to keep this detail under the surface. (Indeed, Paul Berthier survives in this film largely as a memory.) We do see Frédéric break down in a car hours after he has learned that his mother has died: the suggestion here being that the responsibilities of being “adult” have led Frédéric to defer his emotions. This breakdown comes shortly after a radio appearance in which he has calmly duked it out with cultural pundits. (Later, when a major decision has been reached, he sits in a dark room staring out the window. He cannot confess to his understanding wife that he is crying.) The bookstores want him for readings and appearances. But Frédéric says in response to this success, “Writing this book has just brought me trouble.” But he insists on overseeing the family legacy. He wants the family to hold onto the home, but it’s largely because he’s incapable of seeing the developments in the present.

Frédéric’s other two siblings are Adrienne (a blonde Juliette Binoche who is given top billing here, but whose contributions are supporting at best), a fashion designer in New York now trying for Husband No. 2 in the dubious form of an “artistic director of an Internet magazine” (played, with a nod to Assayas’s next generation theme, by Clint Eastwood’s son) and whose feelings are often given the short end of the stick (even her engagement announcement is trumped by family news), and Jérémie (played by the striking Jérémie Renier), an industrialist looking for lucre with a shoe company in the Far East who has no problem rattling off such pronouncements as “The future is making cheap sneakers by exploiting cheap labor” in front of the family. So if Frédéric can’t pave his own way, then it’s either hard art or hard business for the next generation of Berthiers. But these respective overseas circumstances will certainly keep the other two from visiting the summer home.

Aside from these two siblings, Assayas suggests quite adeptly with his editing that time will march on despite Frédéric’s emotions. Months often pass by during the course of the film, but Assayas keeps his transitions quite muted, sometimes cutting directly to the next scene, which is set weeks later, and sometimes finishing up a scene with an unobtrusive fadeout. For example, at one point, we see that Frédéric has grown a beard. Fifteen minutes later in film time, the beard is gone. Cinematographer Eric Gautier, who also shot A Christmas Tale, likewise keeps his camera whipping and panning at the fleeting pace of the present. The camera frequently dollies up to a door, slightly ajar or open, but very rarely moves through it, as if to suggest the inability of these characters to make an active decision.

This intriguing visual psychology anchors the film thematically, but Assayas’s ending, which involves something of a handover of the home to free market forces and the next generation, suggests a stylistic imbalance between characters and theme. The cherry picking is intended to connote Chekhov, but it’s far more literal-minded in its execution. These characters are left sitting in museums, no more different from the caged objects that once presided in the family home. But Assayas’s inability to focus on how these people will move forward comes off as considerably disingenuous in light of the complexities he embeds beneath the surface. But if Charles Berling is Assayas’s DeNiro, perhaps he might find a more satisfying balance in a future offering.