I’ve interviewed the extremely entertaining writer Charlie Huston twice now for The Bat Segundo Show: once in 2007, where Huston rather devilishly attempted (and failed) to employ a minor Yojimbo between the good Rick Kleffel (also a Huston fan) and me, and again in last February (accompanied by a short video excerpt). But as funny and as enthralling as his last standalone novel was (The Mystic Arts of Erasing All Signs of Death, nominated days ago for an Edgar), Huston’s most recent novel, Sleepless, as I argue in today’s Barnes and Noble Review, represents a major step forward as a writer. Sleepless is an unusual fusion of dystopian cyberpunk, multiple perspectives, and fatherhood, and it really deserves more press. But, as John Fox has thoughtfully observed, today’s book reviewers have permitted idiosyncratic gripes and personal prejudices to intrude upon the sheer pleasure of reading. Small wonder that genre gets ignored or writers who attempt something different are castigated, and that today’s critics, with rare exception, remain about as adventurous as a company man too terrified of venturing more than six blocks away from his workplace during lunch hour.

Whether Huston will ever breach past these retroussé-nosed sentinels, now working themselves into a needlessly vigilant lather over Joshua Ferris’s sophomore slump, is anyone’s guess. The newspaper book review sections, for the most part, remain dull and uninviting in this volatile economic climate, too afraid to take chances or to offer space to thoughtful contrarians, and too diffident to hand over their column inches to anyone possessing even a modest strain of passion. But for those of us who still love fiction, and who can still remember the first time they were excited by a novel, I’m here to tell you that Huston is the real deal. In just five years, the writer who has savagely tortured animals and ushered his two series protagonists (bartender turned vigilante Hank Thompson and New York vampire Joe Pitt) through gritty and gleeful perdition is beginning to blossom before our eyes. As such, Sleepless is the first great novel I’ve read in 2010. And you can read why in today’s Barnes & Noble Review. 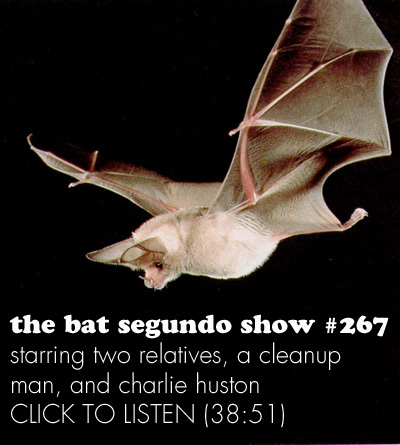 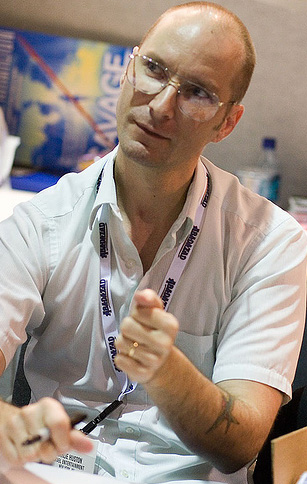