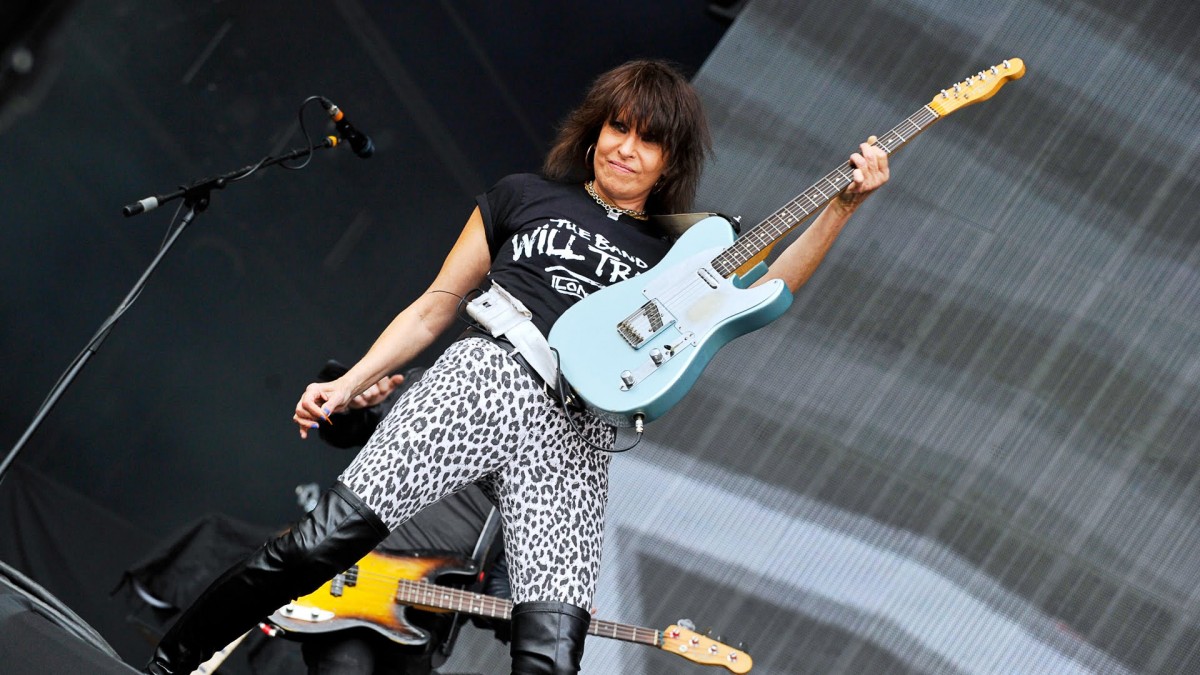 Twitter isn’t always the best yardstick when it comes to pinpointing the vox populi’s whims and anxieties, but given the way that the digital horde reacted to Chrissie Hynde’s interview on NPR’s Morning Edition, you’d think that it had just survived the Battle of Stalingrad or an unscheduled viewing of The Human Centipede 3:

Props to @nprgreene for gamely soldiering through this interview with an oddly hostile Chrissie Hynde: http://t.co/zLrBE165GD

“Not for the faint of heart,” “still recovering,” “gamely soldiering.” These are not the phrases one typically associates with a junket interview. But the Pretenders founder adroitly decided that she didn’t enjoy being subjected to David Greene’s insipid questions. Greene, a man apparently terrified of a woman with an independent mind and a fuddy fuss who muttered “bleeping’ instead of “fucking” when quoting a passage from Hynde’s new memoir, Reckless: My Life as a Pretender, made several mistakes. Instead of asking Hynde for the story behind her 1979 rock anthem “Brass in Pocket,” Greene wrongly assumed that Hynde would subscribe to his reductionist thesis that this was “a song that empowers women”:

As someone who has interviewed close to a thousand authors, filmmakers, and other celebrated minds and who fully cops to an exuberance involving overly analytical takes on an artist’s work, I’ve seen plenty of moments like this unfold before me. What you do in a situation like this is backtrack from your prerigged thesis and let the subject talk. The whole purpose of a conversation is to listen very carefully to what someone else is saying and ask questions that specifically follow up on the other person’s remarks. There was an opportunity here to get Hynde talking about how her music had been appropriated by ideological groups or whether a three minute rock song could ever have any real cultural stakes. But Greene, with an almost total lack of social awareness, could not read Hynde’s clear cues and sustained his foppish interlocutory thrust to the bitter end:

Greene: People certainly thought in its day [sic] as being very different and really emboldening women.
Hynde: Okay, well I’m not here to embolden anyone.

From here, the NPR producer cuts away in aloof and hilarious fashion to a lengthy clip of “Brass in Pocket” to pad out time, leaving the listener wondering what embarrassing (and possibly more interesting) bits were left on the cutting room floor. Perhaps there were many minutes in which David Greene, a man who seems incapable of improvisation, was left with his tongue capsized in a Gordian knot. Greene tells us that “Chrissie Hynde is a really tough interview,” even though Hynde sounded perfectly relaxed with Marc Maron last December and, most recently, with Tig Notaro.

Nice try, David. The fault here is clearly with the stiff interviewer and NPR’s despicably antiseptic culture, which is all about soothing the listener with pat platitudes easily forgotten in a morning commute haze. It’s telling that Greene speaks of Hynde “sharing her story,” as if the rock and roller’s rough life was akin to a child showing off a hastily composed watercolor painting at nursery school. Greene condescends to Hynde by calling this 64-year-old music veteran “a Midwestern girl” and trying to use her Ohio roots to presumably appeal to NPR’s easily shocked demographic. If Greene had truly been interested in Hynde, he might have described her in less innocuous and truer terms. Moreover, Greene can’t even deign to praise the Pretenders. Instead, he gushes over the Rolling Stones rather than the band that Hynde has been a member of:

Greene: And the Rolling Stones. They came — I mean, I, I loved reading about how you sort of took some of the staging off to take it with you, almost as a souvenir.
Hynde: Yeah. Do you want me to repeat the story?
Greene: I’d love you to.
Hynde: Is that the question?
Greene: No. I’d love you to.
Hynde: Can I just not repeat the stories that I’ve already said in the book? Can we talk about things outside of that? Is that possible? I don’t want to do a book reading, as it were.

Let’s unpack why this is terribly insulting to Hynde and why Hynde, much as any woman should, might react as hostilely as she did. Here is someone who has been creating music for many decades. She’s not a neophyte. She’s an accomplished rock performer. Instead of talking to her about The Pretenders, Greene has opted to paint Hynde as some Rolling Stones groupie plucking staging as souvenirs. Hynde has given Greene a big clue, pointing out that she’s not some automatic doll who performs book readings.

Compare this with Greene’s fawning treatment of Stones guitarist Keith Richards back in September. Not only was Richards permitted the courtesy to smoke inside the studio, but Greene gushed about Richards’s considerable accomplishments (children’s book author, raconteur, solo artist) in a manner so obsequious that you’d think he was the Pope. It would never occur to a sycophantic sexist like Greene to ask Richards what he thought of the Pretenders, much less paint him as some febrile fanboy.

Instead of recognizing his clear mistake, Greene digs in the dirk further, demanding that Hynde, presumably because she is a woman, express her “emotions” about an experience that is nowhere nearly as germane as her rugged life:

Greene: No, I would just like to hear some of the emotions of why you love the Rolling Stones so much. I mean, you were — you were taking some of the notes that people had written for Mick Jagger and Keith Richards and taking them home with you. I mean, what was driving you?
Hynde: Well, well, I just loved the bands. That’s what drove me all my life is that I just loved the bands. Back in those days, nobody thought I wanted to grow up and be a rock star. Nobody thought about fame. Nobody thought about making a lot of money. I just liked music and I really liked rock guitar. I didn’t think I was going to be a rock guitar player because I was a girl. I would have been too shy to play with, you know, guys.

It’s bad enough that we have to suffer though NPR’s crass abridgements of complex emotion into superficial seven minute segments, but it’s hard for any progressive-minded listener to hear a talented and interesting woman, one who emerged from an uncertain blue-collar existence to a Rock and Roll Hall of Famer, reduced to something akin to a toy.

If Hynde were a man, this interview wouldn’t be a controversy. One would think that the Twitter crowd, so eager to denounce such demoralizing portraits of women, would have glommed onto an autonomous voice being diminished by an incurious and inattentive fool. But instead the shock is with an interview departing from mealy-mouthed form. The time has come for more women to stop letting “nice guys” like Greene diminish their accomplishments and for all radio producers to be committed to organic conversations. If NPR insists on being a forum for gutless toadies and the celebrities who tolerate them, then perhaps the cure involves opening up the floodgates to every voice on the spectrum with thought and compassion. Of course, podcasting has been doing all this quite wonderfully for years. So if Greene cannot adjust his timid mien to the 21st century, then perhaps his stature should perish.