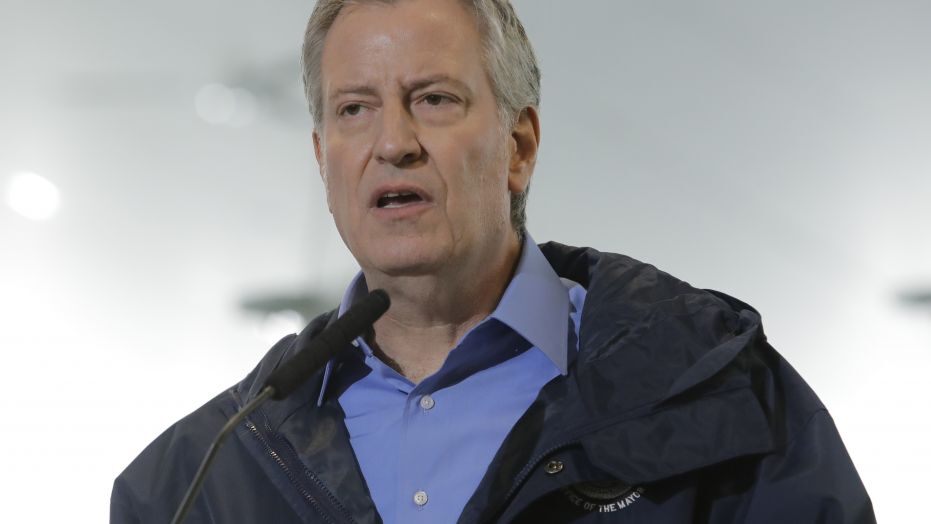 Bill de Blaso’s failure to curb or acknowledge the NYPD’s brutality and abuse secures his place in history as the most incompetent and irresponsible mayor that New York City has ever known.

Bill de Blasio’s hideous curfew experiment has proven to be a spectacular and dangerous failure — an affront to human rights and basic dignity that is uniquely destructive to the City of New York and that has proven dispiriting for its people. The curfew, which started as an 11 PM cutoff on June 1st before shifting to 8PM during the last three nights, was intended to quell looters who had vandalized and pillaged stores in Midtown, SoHo, the Bronx, and other neighborhoods. Police presence in the streets was doubled. But it has become evident in the last week that the New York Police Department isn’t terribly concerned with curbing vandalism, much less serving and protecting the people in a fair and peaceful manner. This corrupt paramilitary police force, which has demonstrated an almost total incapacity to look inward, is more feverishly committed to abusing peaceful protesters and other innocents who merely happen to be in the neighborhood with wanton violence and indiscriminate abuse of power. It is an obvious truth that both Mayor de Blasio and even Governor Andrew Cuomo, who showed strong leadership in the early days of the pandemic, refuse to acknowledge.

As the Gothamist reported, there have been hundreds of people waiting longer than 24 hours to be arraigned in New York jail cells, with Justice James Burke ruling in favor of the police to keep holding them. In a followup report at The Gothamist, it was further revealed that many of the two thousand arrested during the last week were not even protesters. Here, the detainees — some recovering from profligate douses of pepper spray and other injuries — have been crowded in a cell without masks, soap, water, or medical care. Police, who frequently refused to wear masks, have believed they are immune from the coronavirus. But they also seem to feel that they are immune from being held accountable for their criminal conduct. (On May 31st, New York Attorney General Letitia James invited people on Twitter to share the many abuses for a sweeping investigation>)

This delivery guy thought he’s an essential worker, police seemed to disagree. The rules issued before the curfew very unclear but according to the state, restaurants, bar & food industry workers are classified as essential. #nycurfew #NYCPolice pic.twitter.com/OyZVuDkPuM

Cops charged from the back with batons out. Multiple people hit. Someone bleeding from the head. I jumped over a car and am out because of a press base. This wasn’t even a confrontation it was a trap pic.twitter.com/CgBkHfSwlR

These are not merely a series of mistakes. De Blasio’s willful malingering makes Mayor Dinkins’ handling of the Crown Heights affair look like a pardonable misstep. It is now abundantly clear that Bill de Blasio is the most irresponsible Mayor that the City of New York has ever known. His insistence that “the police showed a lot of restraint,” even as he has failed to view or acknowledge the considerable videos of police abuse, represents unquestionable negligence of his duties. His considerable deficiency, taken with Police Commissioner Dermot Shea’s complete failure to curb and discipline his officers for their out-of-control attacks, represent a bungling of command that is not merely incompetent, but that stands firmly against the NYPD’s professed credo to work “in partnership with the community to enforce the law, preserve peace, protect the people, reduce fear, and maintain order.” The NYPD has attacked delivery workers, journalists, doctors, and numerous others who stood peacefully in the streets.

What’s especially insulting is the way that de Blasio (and Cuomo) have been attempting to gaslight the public narrative by claiming that clear factual video of police brutality taken from reliable sources is somehow “opinion” or a “partisan attack.” This is not a matter of being Republican or Democrat. This is about whether a major American city should be terrorized by the authoritarian whims of a clearly abusive police force. With the curfew and his failure to hold the police accountable for their deadly behavior, de Blasio created the conditions in which the NYPD were free to indiscriminately attack anyone. It turns out that the police have been the real looters all along, disregarding the law and order that they profess to stand for in order to attack anybody they see. This is not merely a dereliction of the Mayor’s duties. It’s irresponsibility that should never be accepted from any public official in the City of New York.

The time has come for the Mayor and the Police Commissioner to resign. They have enacted policy that is harming the strength and spirit of New York and that is preventing this city from healing. These two men cannot be trusted to keep the city safe. They cannot be trusted to guide us out of a nightmare. They both must be replaced by real leaders who pay close attention, do not deny the facts, and have a limitless capacity to listen.