Just in time for Election Day! David Rees appeared on The Bat Segundo Show #248. Rees is most recently the author of Get Your War On: The Definitive Account of the War on Terror: 2001-2008. 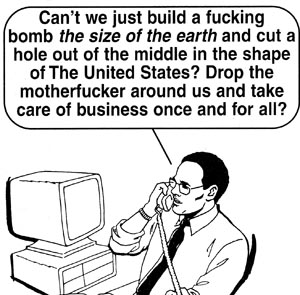