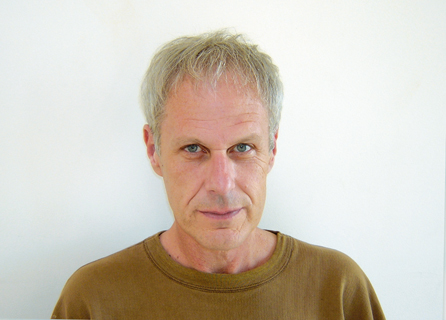 In this 30 minute radio interview, transgressive fiction writer Dennis Cooper discusses The Marbled Swarm, attempts to tame language, being disliked, and the historical fusion of punk and literary.

Dennis Cooper appeared on The Bat Segundo Show #425. He is most recently the author of The Marbled Swarm.

Subjects Discussed: Cannibalism, worming, BDSM, “industriously garbled syntax,” reconciling confusion within literature, being a Francophile, Rimbaud, irritating certain readers, attempts to tame language, Alain Robbe-Grillet, de Sade, Cooper’s efforts to disguise his own voice, violent metaphors as a writing strategy, shock value, listening to other people, garbage languages and British dialect, rereading The Marbled Swarm and a universal explanation, confusion as the new literary strategy, Occupy Wall Street, expanding space within literary space, tight jeans, red herrings, the truth offered by the protagonist, 21st century literature and longueurs, Blake Butler and the HTML Giant crowd, David Lynch, Enter the Void, humor as an entry point for experimental writing, violence in contemporary fiction, raw first drafts, constructing a voice with every book, the difficulties of not being clever all the time, secret tunnels and connections, hostility towards anime, technology and keeping up with youth culture, The Sluts, clarifying relationships between the unnamed protagonist in The Marbled Swarm and George Miles, Joshua Cohen’s review of The Marbled Swarm, the future of transgressive fiction, whether Beckett and Joyce can be deviant in the 21st century, Lars von Trier, William Burroughs, reading as a more specialized pastime, Little Caesar, whether punk can be applied to today’s literary culture, Tao Lin, contemporary experimental writers, MFA students, revolution, the absence of sincerity in today’s age, the dilemma of ignoring sophistication, emo culture, whether or not mainstream culture matters, definitions of “cult writer,” Dancing with the Stars, outsiders who are actually insiders, Harper Perennial, Shane Jones, Amelia Gray, being disliked, receiving death threats, comparing reactions to literature over the past few decades, being excluded vs. not caring, the luck of having a following, and whether a young Dennis Cooper could flourish today.

Correspondent: Let’s start with cannibalism. I think that’s a very good place to start. I mean, this is not exactly a subject in which one can find first-hand material in quite easily. So I’m wondering — sort of using this as a jumping point to talk about the overall violence in your work — how do you get that precision? Of biting into things?

Cooper: Oh, you know, there’s a lot of people who do it. (laughs) And actually there’s not only people who do it, but there’s these fetish sites where people advertise themselves as maybe interested in all sorts of things. And one of the fetishes is cannibalism. And I don’t think anybody ever does it. Because otherwise there’d be arrests all the time. But they’re very detailed about their fetishes. About the ones who want to eat and the ones who want to be eaten. It’s not a huge subculture, but it is there. And so I go that. And, you know, there’ve been guys throughout history who’ve done it. And then ultimately in the book, there really isn’t that much. He just talks about it all the time.

Correspondent: It’s a good litmus test as to whether one should carry on further. So you looked at underground websites?

Cooper: They’re not that underground.

Correspondent: Your IP must have been tracked while you were performing these searches.

Cooper: Well, they’re not that underground. There’s this site called Recon. Essentially it’s a master and slave site. Which is what it is. But there’s all kinds of subtext for people who like it. There’s weirder things than that. There are these guys who want to get wormed.

Cooper: That’s the thing. They want to be wormed. It means having their arms and legs cut off — and live as a worm for their masters. So there’s stuff that’s weirder than cannibalism.

Correspondent: Wow. Worming. They actually do get wormed.

Cooper: Well, I don’t think anybody ever — I think it’s all…

Cooper: But they’re very serious about it. So yeah, those are all totally above board sites.

Correspondent: Above board. The “marbled swarm” in this book. It’s described as an “industriously garbled syntax,” a quote unquote — quote unquote appears quite a lot in the book — “exalted style of speaking” that the protagonist learns from his father and that becomes in his tongue “more of an atonal fussy bleat.” So you have this protagonist who is constantly alluding to hints of a deeper story throughout the text. But he’s also using language as an excuse for his behavior, his fantasies, and what not. He claims at one point, “My father used the marbled swarm to…well, I was going to say become a wealthy man, but to say he ruined would my life would be as accurate.” So the interesting thing about that is that the implication is that language — especially this stylized language — is really almost comparable to moral justification for why you had a shitty upbringing and the like. So I’m curious about this. Especially with most of the paragraphs beginning with “still comma.” There’s almost a comic formality about this reconciliation. I’m wondering how this patois developed and to what degree is this a response to reconciling confusion.

Cooper: Well, yeah, my books are in some fundamental way always about reconciling confusion. Because that’s of super interest to me. And language presents this idea that confusion can be corralled and all that stuff. And it can’t. And that tension does interest me. But how this happened? I don’t know. It took me a long time. I’m really slow and I do all these experiments. I test out things and try different forms and things. And it was a combination of living in France and not speaking French very well. And it was a very interesting thing to be on the Métro or whatever, and hearing people talk, and sort of understanding a little bit of what they’re saying. But not completely. And having to make it up or something and imagining. Because people always say that I romanticize French people enormously. Because I’m a huge Francophile. So when I’m on the subway with these people. And I imagine them talking about Rimbaud or something. And, of course, they’re talking about their laundry or whatever. So that begin to interest me. That I do that. So that started the idea of trying to create that in fiction. And I had usually written in a spare way. But I wanted to make it really, really dense so it would really multitask. Because I like things to be really layered and experimental. And so I tried to find this voice that was really, really dense and could do a whole bunch of stuff at once, and just fiddled around until that one came up. And then I had to figure out — because it’s really limited in what it can do. Its tone is really particular. And it’s really irritating. And so then it was just a matter of how fast will the pace be. Because will people not get too sick of this guy? And he can be kind of funny. But he can be really sincere, but only in a certain way.

Correspondent: Yeah. Did you actually end up speaking like this character during the course of your writing?

Correspondent: I mean, certainly I’m listening to you now and you don’t sound anything like that.

Cooper: No. I have to do readings now and it sounds so awful. (laughs)

Correspondent: Did you read any of it aloud to make sure that it could be plausible or anything like that?

Cooper: No. It all worked in my head like that.

Correspondent: Well, you mentioned this voice being irritating and slowing things down. And I’m wondering. Your books do have a tendency to irritate some people. Especially the mainstream. So how much irritation is enough in your fiction?

Cooper: It has to be really balanced out. I mean, I always feel like I have to do something formally or stylistically or structurally to justify that stuff. Because I’m not interested in — there’s this idea that — not just me, but other writers who do stuff like me are out to shock and all this. And it’s so not true. It’s completely the opposite. It’s like: How can you use really aggressive language like that and not be shocking? That’s my interest. Cause it’s such amazing language and it’s very emotional and it’s very pure. If you take that away, if you start treating it like a horror movie, or if you start doing this psychoanalytical kind of thing about what the motivations are behind that stuff, you really lose the powers. I wrote that power and I want to try and tame it or something. So I don’t know. It’s always tricky. With this book, there’s not as much violence in it. And the language like — so when you get to the part, there’s one part that’s really kind of intense. And I’m hoping that the language, you’re so involved with the language in a pleasurable — like it’s funny or something — that that’s kind of the barrier.

Correspondent: Well, you mentioned taming the language. Can your type of language ever be entirely tamed? Especially this moment that we’re alluding to about, I think, 120 pages in the book. You know, I found parts of that both funny and vaguely horrifying. But the funny to my mind outweighed the horrifying. Maybe I’m just warped.

Cooper: Well, yeah. You can only do so much. And I try different strategies at different times in different books and things. And this one, you get used to how he’s circumventing everything and subverting everything and doing everything. And he uses metaphor all the time. So that when he gets to the scene, it’s really totally metaphoric. When something violent happens, he’ll reference like an alligator or something. So that’s just my strategy. And it isn’t going to prevent people from being shocked. But with this book, you have to really be looking for it. Because it’s not as aggressive as in my other books.

Correspondent: That’s true. I’m wondering if you looked to any specific types of people to get the marbled swarm of this book. Or the “garbled marbled swarm.” Did you listen to a specific type of affluent wanker? Or what?

Cooper: It’s a little bit like the sound of French literature. Or certain kinds of French literature. I mean, there’s a little bit of that. Like Alain Robbe-Grillet and Sade and some of the writers who were important to me. And then my own voice. I mean, it’s basically me disguising my own voice. So a lot of it is just my usual stuff. I mean, the sentences are much more complicated than my usual sentences. But it’s all basically my voice. It was just more like trying to keep it sounding foreign and maybe be kind of French, but also having this weird American stuff thrown into it. And so it was kind of like a garbage language. I mean, the thing, it sounds British.