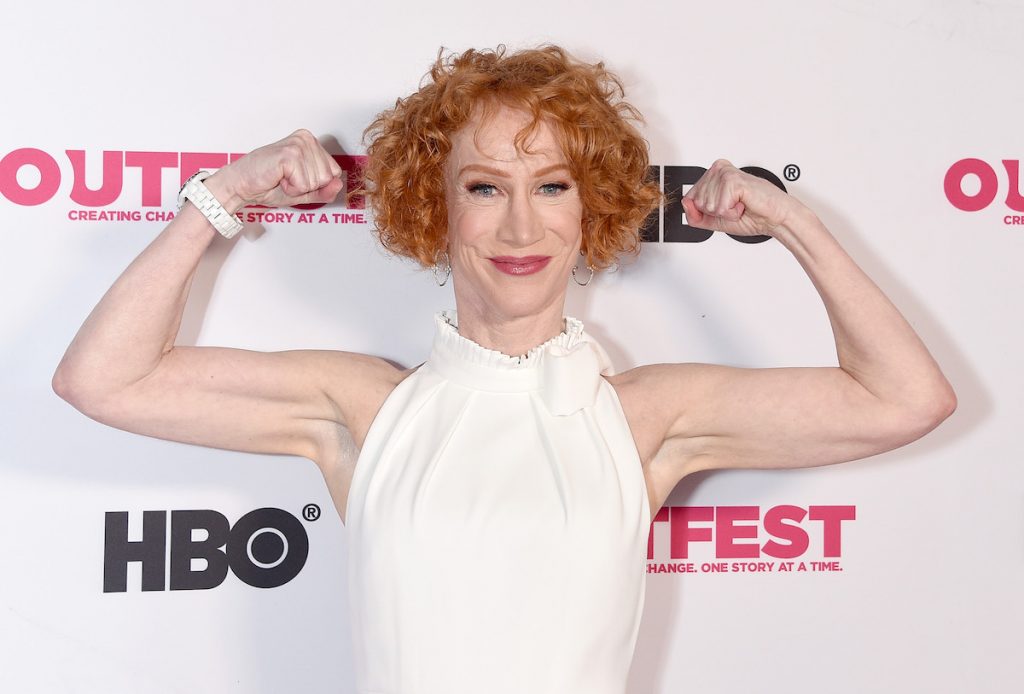 Kathy Griffin is a much-needed populist provocateur who has been cruelly and needlessly cut off from the mainstream. It’s time to welcome her back as our nation totters on the precipice.

I’ve never understood the bellicosity against Kathy Griffin. And neither do regular people. (Even after her 2017 controversy, Griffin still managed to fill theatres around the world.) I’ve always liked her. Her first comedy album, For Your Consideration, was so successful that she was the first woman to hit #1 on the Billboard Top Comedy Albums chart. She’s won two Emmys and a Grammy Award. She’s funny, often provocative, and has been a tireless advocate for LGBTQ rights well before most mainstream celebrities. She’s done USO tours. Gloss over the raunch and you’ll clearly see that her life and performances have been guided, first and foremost, by empathy. When her only sister was diagnosed with cancer, she shaved her head in solidarity. When Sia was attacked over her movie Music, it was Griffin who stepped in and saved her from suicide. Kathy Griffin stumped for same-sex marriage when it wasn’t fashionable to do so and she organized rallies in Washington to protest the “Don’t ask, don’t tell” rule, a now embarrassingly regressive and homophobic idea that, one must remember, was conjured up by none other than Bill Clinton.

Presumably much of the ire that has been directed Griffin’s way comes from the atavistic notion — one that has often been promulgated by other women (and those who don’t like Griffin include Soldead O’Brien and Chelsea Clinton) — that a woman who wavers between the blunt and the scatological as adeptly as a male comic just shouldn’t count. (Case in point: Dave Chappelle still has a career, despite appallingly transphobic comments in his latest special.) But Kathy Griffin has been punished by the mainstream media in a way that has always struck me as cruel and deeply unfair. She was the perfect hosting partner for Anderson Cooper during CNN’s annual New Year’s Eve coverage at Times Square, but her salacious on-air banter sparked rebuke, even though it was relatively mild compared to men.

Then the Trump bloody head photo incident happened on May 30, 2017. Griffin posted a short video where she held up a crude model of Trump’s noggin and suffered significant professional and personal repercussions for it. But much like her advocacy of LGBTQ rights, Griffin was well ahead of the curve about the dangers of Donald Trump and the need to offer bold pushback. Trump not only mismanaged a pandemic that has gone on to kill nearly 900,000 Americans, but, among his countless transgressions, he inspired the unthinkable: the violent January 6, 2021 insurrection on the Capitol. The most vocal opponents to Griffin weren’t the Trump family and his lapdogs, but “liberal” actors like Jeffrey Wright and Debra Messing. (Nearly five years later, it can be argued that Messing using her energies to publicly expose Trump supporters was a more repugnant act than Griffin’s photo. At least Griffin confined her protest to an artistic statement.)

She was dropped by CNN. Dropped from her promotional deals. Thousands of death threats. Didn’t get a television role again until recently — in the latest season of Search Party, which just dropped on HBO Max. Despite being ignobly pushed out of Hollywood, she hit the tour circuit not long after and her shows sold out in minutes. Again, regular people love her. It was the people in power and other entertainers who resented her. And for what? Because she’s a provocative loudmouth? Who cares? The world needs provocative loudmouths. The world needs Kathy Griffin.

Now The New York Times has just profiled her after she recovered from lung cancer treatment. That it would take Griffin losing a lung to merit this type of coverage says everything you need to know about how the media industrial complex throws modest troublemakers under the bus. In the profile, Griffin says, “I wasn’t canceled. I was erased.” She said that she didn’t have any desire to make enemies. She only wanted to make people laugh. And she did. She offended Jeff Zucker by demanding what she was worth for her New Year’s Eve appearances.

It’s also clear that Griffin has been punished for being politically outspoken, often on subjects that the mainstream media isn’t ready to take on. But also because she gets through to a large audience. And if there is one constant across every cultural sector, it’s this: the people in power, particularly more risk-averse artists and shameless networking types who prop up mediocrity in order to get ahead, resent anyone who can be both appealing to a mass audience and revealing. (See, for example, the recent divisive critical reaction to Don’t Look Up.)

At a time in which we need to shake up a population that has grown exhausted by the listlessness of do-nothing Democrats, Kathy Griffin should be welcomed back and tapped as an invaluable resource — not only on how to not only speak to the vox populi, but how to win back the nation. Her instinct for knowing when to fight a risky political battle is one of her many unsung and underappreciated talents. It aligns quite neatly with her comedic timing. Kathy Griffin is the populist provocateur who wins people over with her charm and her honesty. Anyone who attacked her in the last five years did so because they are resentful that they only hold onto their dull and unadventurous perches because they have nothing new to say and all they have left are past laurels to rest on. These bitter has-beens owe Kathy Griffin not only an apology, but a fulsome invitation to return to the party.