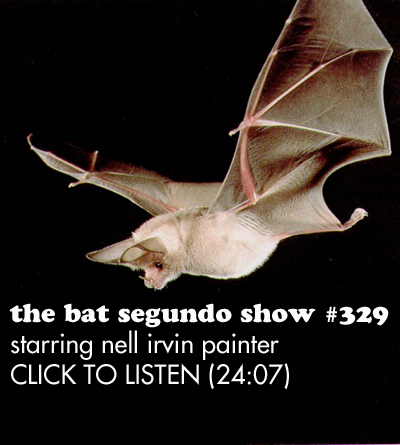 Nell Irvin Painter appeared on The Bat Segundo Show #329. Painter is most recently the author of The History of White People. 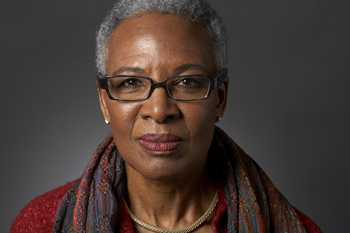 Correspondent: You are careful to write, “Harvard’s importance in eugenics does not imply some nefarious scheme or even a mean-spirited ambiance. Rather, Harvard’s import in this story attests to the scholarly respectability of eugenic ideas at the time.”

Painter: And that could be said about Princeton or Yale or any of the other lofty institutions.

Correspondent: But it is curious to me. I mean, if we recognize today [Robert] Yerkes and [William] Ripley’s stuff as “junk science” essentially, why at the time were these ideas so respected? Why did some of these people get tenured at Harvard?

Correspondent: I mean, it couldn’t have just been Harvard’s prestige. It had to be something else, I suppose.

Painter: Well, we’re talking about what was considered good science at the time. That was the knowledge that our culture needed at the time. And, after all, Ripley consulted all sorts of authorities. European authorities, American authorities, and so forth. So he had a really big bibliography and he followed the rules.

Correspondent: If someone attempted something along those lines today, I guess the Internet would kill it, I suppose.

Painter: Not necessarily. If it were something that we all agreed upon. Like, for instance, we’re seeing in the medical field right now. Recently, I read a report in the New York Times by a doctor saying there’s just too many prostrate cancer screenings. But a year or so ago, that was considered good science to have everybody screened. So things change.

Correspondent: I wanted to talk about Emerson, who you really take to task in this book. You devote a whole chapter to English Traits.

Correspondent: Yes. There are three Emerson chapters. But English Traits seems to be the one key text with which the…

Painter: It is the key text for this reason.

Correspondent: Yeah. But I just wanted to ask you about this. You note later in the book that Henry Ford was an admirer of English Traits.

Correspondent: But in the book that you cited from — because I was really curious about this – Neil Baldwin’s Henry Ford and the Jews. Baldwin notes that it was Emerson’s essay, “Compensation,” that Ford favored above all else. And he even handed that out as as gifts. And that essay doesn’t contain any reference to race. You also state that Theodore Roosevelt echoes the phrase “hideous brutality” in English Traits. But in English Traits, Emerson uses the word “hideous” only once, in reference to the injustice of pauperism. And granted, there are issues with pauperism related to the Saxon seed, which we had mentioned earlier. But I just want to ask. Because I don’t disagree with you that Emerson’s views on the Irish, his drawing upon Robert Knox — these are problematic.

Painter: Yeah. I’m not saying that Emerson is a bad man. But I’m saying that Emerson, because of his importance in American culture, by focusing on these themes and presenting them, orchestrating them in his impeccable prose, made it acceptable. So it’s not that I’m castigating Emerson. I’m trying to place him in an intellectual theme.

Correspondent: But in the case of Henry Ford drawing more upon “Compensation,” say, than English Traits, that’s where I was — my question mark went up.

Correspondent: Yeah. Well, the other thing too is picking and choosing one’s values from Emerson. Like Ralph Ellison, for example. He was named after Ralph Waldo Emerson.

Correspondent: And actually took a lot from the transcendentalists.

Painter: Oh, there’s a lot of Emerson. Emerson’s an extraordinary figure. And one who his contemporaries said embodies the whole of American learning. And to a certain extent, he did.

Correspondent: But going back to the question or relativism. Can he be let off the hook somewhat simply because he was, in part, an abolitionist? Maybe he didn’t go all the way, but…

Painter: We’re talking about different things. Because he had one set of views, this doesn’t change what we think about another set of views. You can still respect Emerson for his central role in the American Renaissance and still know about his Saxonism.