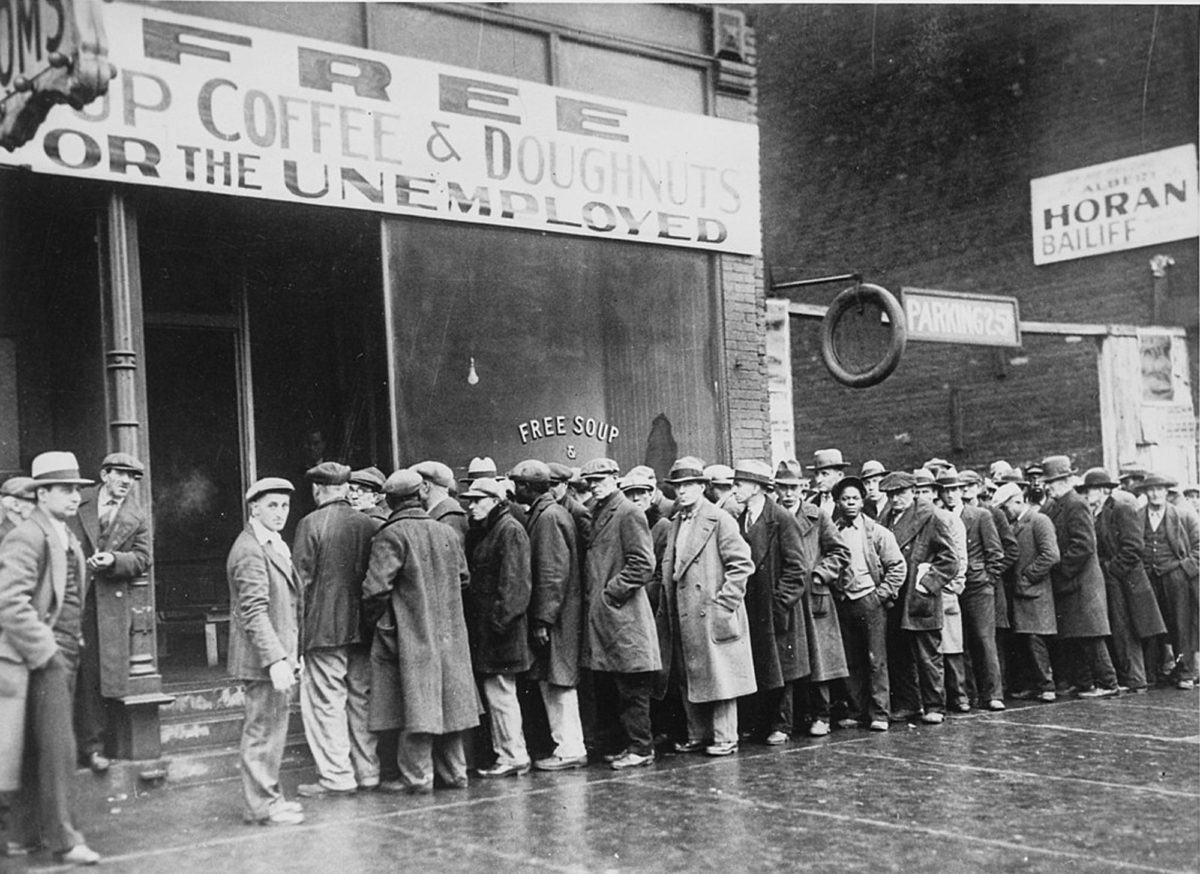 Nobody is immune. We’re all fucked. But let’s memorialize, be there for each other, and remember what they did to us. And let us strike back with unapologetic vengeance once the tables have turned.

I lost two clients in the last two hours. It was a sizable hit. Nothing I did. I’m an easygoing professional who cracks jokes and turns around sharp and witty copy fast. But this is our present epoch. Nobody is immune. Not me, not you. They’re going to can you. It’s nothing personal. It’s just that they have positions of power — largely the ability to give you money for your hard work — and you don’t. The pandemic is now becoming a dog eat dog world on meth. If you’re living in New York, you’re only a paycheck or two away from being out on the streets. I readjusted my finances yesterday so that I would be able to last through this apocalypse for six months, assuming the worst case scenario in which I wouldn’t have any income. Because not having income is very much the reality for a good third of Americans right now.

Even the roti stand guy in my neighborhood who I have a long-running comedy routine with isn’t cracking jokes anymore. He told me sad stories about the Prospect Park Concourse being completely devoid of people. I went to the liquor store a few nights ago and people were bragging about the part-time work they were able to land. It was fairly easy to understand that their three day stints weren’t going to cover their rent or their bills and that they have no savings. But they had to find pride even as they are being thoroughly shafted by these evil Republican bloodworms. And that is enraging. I mean, goddammit, to not have the power to protest the streets with every fiber of our being over this. But, of course, that’s impossible right now. Not while we’re trapped in the quarantine bubble.

Because there’s also another part of you who realizes that staying calm and pro-active is the only way you can survive this. Small wonder that people who are buying and drinking copious quantities of alcohol — myself included — to help cope with the fact that our lives and our livelihoods are essentially fucked right now are trying to find solace in a form of math that still leaves them in the red. Pride cooks the books as swiftly as a Bernie Madoff scam. But, dammit, we need it. Even when it is a lie.

This is the conversation we aren’t having right now. I can’t stop thinking about the people who are suffering. The ones who will fall into terrible mental illness spirals that they can’t easily escape from. The ones who may commit suicide. Will there be more deaths from suicide than from Coronavirus? I have a feeling there will be. I had to talk at least one friend off the ledge because she doesn’t know how she’ll pay rent next month. And I sent her money, knowing it wasn’t enough and knowing it was more than I should have given. But what the hell else was I supposed to do?

I went for a stroll this afternoon, maintaining my social distance. Because people tend to enjoy my affable presence, they often tell me things. And what they’re not telling you right now on the evening news is that people who have no money are stealing a lot of food from the stores. What they’re not telling you is that nearly everyone who works in retail is terrified. Infection. Some justifiably desperate person freaking out.

Our government isn’t going to provide for us. That much is clear. There isn’t going to be work for a lot of us until we’re allowed back in the bars and the restaurants again. You can’t hope your way into survival. We are enslaved to cruel and self-serving beasts who only care about the rich and the corporations and saving their own skin. This could radicalize the American public in the long run. And while most of us will find ways to survive, I can’t stop thinking about the many we’re leaving behind and how we can’t even hug them right now.

So if we have no way to fight this right now, let’s at least stick together in the ways that we can. Let’s talk with each other. Let’s crack jokes. Let’s write everything down. We need to share all of our experiences with total candor right now so that we can completely flip the system once the time has come to leave our homes and there’s time to storm the streets and humiliate these fuckfaces with the same unprecedented and unpardonable way they wish to decimate us. We must vote these bastards out of office with wide margins. We must, once it is our time again, strike without pity. Because they don’t give a fuck about us. They’ve got us right now. But it’s only temporary. They won’t have us forever. The pandemic will pass. Humanity will thrive again. And they’re going to be very sorry they left us in the lurch like this.

If you’re one of the solipsistic bastards who isn’t thinking beyond himself, rest assured that we will remember you. And we will make your lives difficult. You may have fucked us for the next six months. But we will tell the stories of how you treated us when you had the upper hand and you had the opportunity to help. And these stories will endure for years. It is you who will be hurt in the long run, not us. We will remember how you treated us when we had nothing. You may think you have something right now, but it’s not going to last. The world’s going to correct itself and it’s going to take out your smugness and your selfishness along the way. And we’ll be the ones popping open the champagne.

In the forthcoming weeks, we will really learn who are true friends are. So why not keep a ledger?