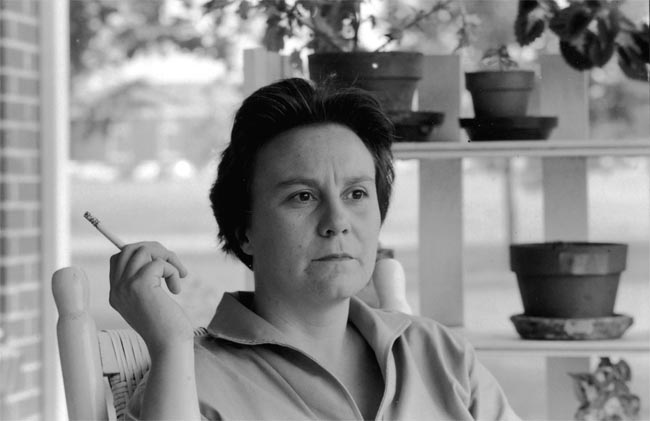 A new hagiographical documentary on Harper Lee offers the finest cinematic aesthetic that 1986 has to offer. But that’s the least of its problems.

Hey, Boo, a largely hagiographical overview of the great Harper Lee, has the finest cinematic aesthetic that 1986 has to offer. Or maybe with all of the talking heads, it’s the finest television aesthetic. I wasn’t surprised to learn that the film’s director, Mary McDonagh Murphy, worked at CBS News for twenty years. Unfortunately, this experience has translated into a indolent, superficial, and largely unhelpful film in which we get to see Oprah Winfrey tell us how she “devooooooooooooooured” To Kill a Mockingbird when she first read it. We must endure the unctuous Scott Turow, who has resembled an empty oil barrel both in look and intelligence since his divorce, commending Lee’s “bravery” in writing about race in 1964. But given the novel’s quiet and diligent origins (Lee given a check by her friends Joy & Michael Brown to write anything she wanted for a year, nervous first editorial meeting at Lippincott, two years of vigorous editing), wasn’t Lee’s purpose less about shaking up the social landscape and more about writing the best novel she could? Hasn’t Turow been around the block enough times to comprehend that writers, even those who pen masterpieces like Mockingbird, often become blockbuster successes by fluke?

You’d think that Murphy would question her subjects. After all, there’s no point in including big names unless they have something to say. (Even Wally Lamb, while offering quasi-generalizations about Scout being “an extension of a Huck Finn character,” comes across as fairly thoughtful.) But Murphy isn’t especially interested in nuance. Her narrative is damaged by her editor’s tendency to kill the mood, lopping off crackling moments just as they’re catching fire. When Murphy’s camera briefly escapes the studio and enters the field, I was genuinely stunned that the filmmakers had managed to get off their sedentary asses. Talking with kids about what Mockingbird means to them is a foolproof method of investigating Harper Lee’s durability. But just as these future readers are getting jazzed up, the editor then cuts back to the literary luminaries (which include Tom Brokaw, for some inexplicable reason) sitting in chairs, doing their best to sustain excitement as their collective wisdom is reduced to audience-friendly platitudes. Richard Russo begins telling an interesting story about his father, only for the tale to be killed at press of a button. (You don’t give Richard Russo the cane. You let the man talk. Especially when your “feature” documentary is only 82 minutes. If this is Murphy’s idea of inclusiveness, why did she bother to include it?)

Murphy is also fond of simplifying her story, perhaps because she is terrified by the prospect of challenging an audience. When Lee’s childhood friend Truman Capote is brought up, he is, of course, portrayed as an inveterate wastrel. But even accounting for Capote’s jealousy (which involved spinning prevarications that he had secretly written Mockingbird and that Lee’s mother was mentally unbalanced, even attempting to kill the young Lee twice), one cannot easily ignore that Capote was Lee’s best friend during a significant period of her life and that, contrary to the film’s insinuations, Capote and Lee reportedly stayed in contact up to the former’s death in 1984.

Lee, by contrast, is an angel who can do no wrong. It never occurs to Murphy (or her subjects, at least as they appear on camera) that Lee had her faults: her failure to complete books (including an In Cold Blood-like project she abandoned in the 1990s, never mentioned in the film), a refusal to suffer fools, and a sensitivity to anybody bringing up To Kill a Mockingbird in person. Efforts to reveal some of these complexities, an admittedly difficult proposition, can be found in Charles Shields’s Mockingbird. There are faults with Shields and his book, but the man has pounded the pavement. You’d think that Murphy would enlist him to be part of this project, but, rather tellingly, Murphy hasn’t interviewed him.

While we aren’t privy to Murphy’s questions, one senses that she has fired little more than softballs at her subjects. For fascinating figures such as Lee’s lively 99-year-old sister, Alice Finch Lee, this isn’t a problem. Alice speaks her mind, irrespective of the interlocutor’s deficiencies. But it does become a thorny issue when Murphy elicits answers from one especially sheltered Caucasian writer (“to be crying for a black man was so taboo!”) and when James Patterson, with typical hubris, compares his own hackwork to Lee’s (“Lee kept building and building and building. Obviously, I try to do this with my work.”). Such crass remarks demand that an interviewer call bullshit. But Murphy is a head nodder rather than a listener. When the distinguished Andrew Young says “not a lot of black people read” Mockingbird back in 1960, one wishes that Murphy had the capacity to pursue the bigger picture instead of waiting around for the power quotes.