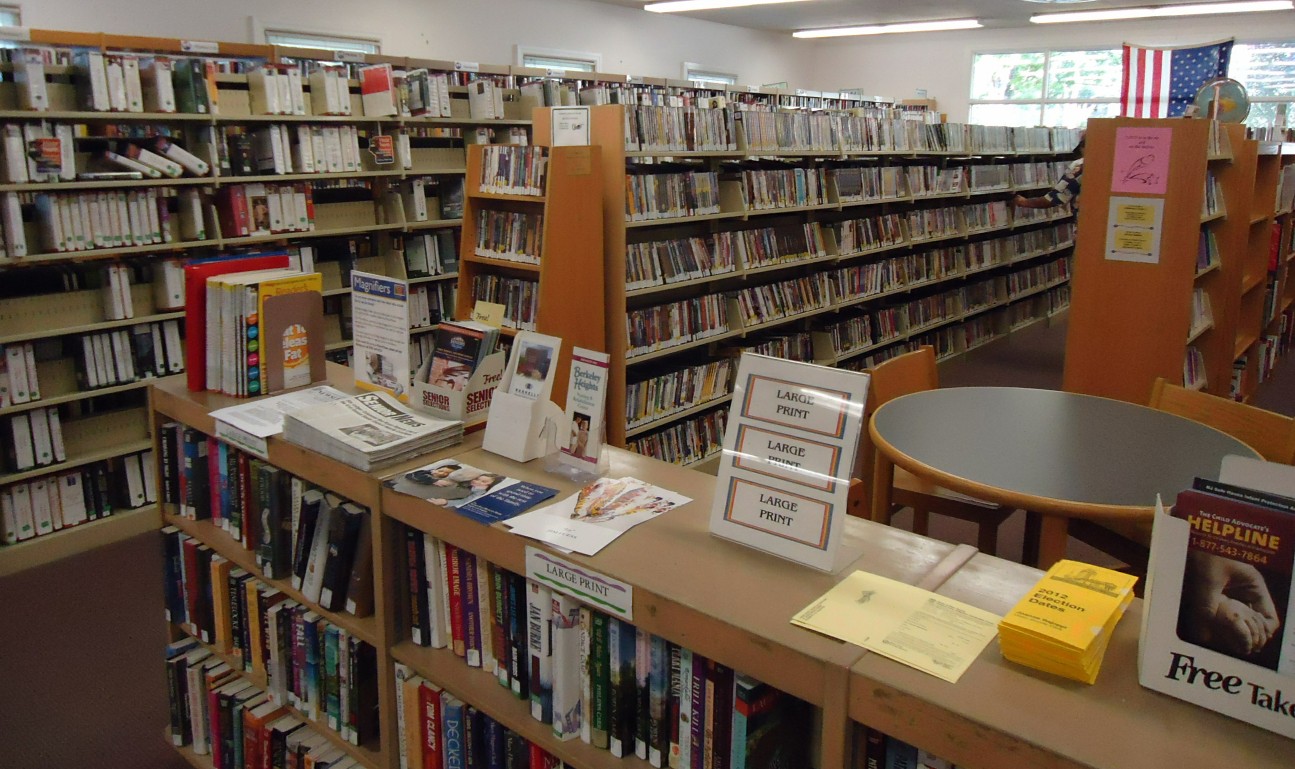 In this independent investigation, we talk with multiple sources and reveal how bedbugs in public libraries aren’t the great threat the New York Times suggests.

On Wednesday afternoon, the New York Times published a story written by Catherine Saint Louis claiming that public libraries were now devoting precious resources to a new threat: bedbugs nesting inside the spines of hardcover books and making their way into public libraries like Norway rats stowing away on dusty ships.

The piece, which drew understandable horror on Twitter on Thursday morning, was the seventh most emailed New York Times story by Thursday afternoon.

But Reluctant Habits has talked with many of Saint Louis’s sources and has learned that the Times article is misleading. Bedbugs are not the major threat that Saint Louis suggests they are. In fact, some of the library directors who Saint Louis spoke with have never had a bedbug epidemic at all. They were merely taking preventive measures in the wake of recent media stories.

“We actually never had an infestation,” said Mary Schubart by telephone on Wednesday evening. Schubart, the library director of the Islip Public Library, was described in the article as taking action against bedbugs “after reading about their alarming resurgence.” But the “resurgence” that Schubart was referring to was the national panic. Schubart told me that the only books believed to have bedbugs under her watch didn’t come from her library, but through interlibrary loan. If bedbugs weren’t a severe problem for Islip’s libraries, why then did Schubart react with such an over-the-top measure?

“I saw the media going crazy a year or two ago,” said Schubart, who also cited a “personal abhorrence to little legs” as one of the reasons she started buying pestilence-resistant furniture for her branches. Schubart wanted to appease an antsy staff and keep her regulars appreciative. The “quarterly” visits made by the bedbug-sniffing dogs cited in the Times article were initially “monthly.”

While Schubart doesn’t regret her vigilance, she does have small worries about how Saint Louis’s reportorial approach could result in a needless panic. “I think that the article could create some hype that isn’t necessarily called for.”

Cynthia Berner Harris, the Director of Libraries for the Wichita Public Library system, also confirmed with me on Thursday that she had bagged books “as a purely precautionary measure” after confirming bugs in a seating area. The bugs were not in the books. She said that she has had only two previous instances “where library consumers forewarned us that materials on loan to them had become infested with bedbugs.” But because of Wichita’s better-safe-than-sorry safeguards, which includes staff training and close attention to the types of chairs purchased, the bedbug situation is under control.

“Let’s not get crazed,” said Sue Feir on Thursday morning. “We were proactive.” Feir, library director at Hastings-on-Hudson, New York, was also singled out in the Times piece as someone taking a bedbug problem into her own hands and for “sending an email blast.” But she told me that none of the library materials had been affected. Only the corner of one bookshelf had a problem.

“The area most cited for furniture/bedbugs,” said Feir, “is an area of the library where people often sit, but do not handle books. Multiple chairs may have become problematic because they are moved around.”

Feir said she had never had a problem with bedbugs before, but she did suspect that institutions don’t talk about bedbugs due to embarrassment. “It is hardly a subject people bring up over coffee.”

“She called me at least three times,” said Michael Potter by telephone on Thursday morning. Potter, a professor of entomology at the University of Kentucky in Lexington, told me that he had spent three hours on the phone with Saint Louis patiently discussing the issue. “I really tried to emphasize that, while libraries should be vigilant, we must also have a dose of caution about all this.”

Yet despite the considerable minutes that Potter racked up in explicative overtime with the Times, Saint Louis opted to use only one sentence: “There’s no question in past few years there are more and more reports of bedbugs showing up in libraries.” This served in sharp contrast to a 2010 appearance Potter made on Fresh Air, where interviewer Terry Gross allowed Potter to explain late in the segment that while bedbugs remained a problem, the risk was quite low.

“I guess I get troubled when you spend an inordinate amount of time and hope that it will be an educational tool for the public. Instead, it turns out that you whip people in a frenzy.”

When I asked Potter if he had any hard stats about how likely it was to contract bedbugs from the library, he informed me, with a twinge of exasperation in his voice, that the chances were extremely slim. Worrying about bedbugs in a public library was akin to being afraid to leave the house because you might get struck by lightning.

“The odds of you picking up a bedbug from a book in a library are so low that it’s not even worth talking about,” said Potter.

So what were the reports that Potter had been referring to? It turns out that in 2011, Potter had co-authored a survey with Kenneth F. Haynes, Bob Rosenberg, and Missy Henriksen called “2011 Bugs Without Borders.” (Professor Potter has graciously allowed Reluctant Habits to recirculate the survey. The full PDF can be downloaded here.)

The survey reveals that while, on the whole, bedbug incidents have increased, the threat within libraries is well behind hotels, motels, college dorms, nursing homes, office buildings, public transportation, and movie theaters.

“I mean, these kinds of articles need to provide some balance in terms of this problem because we’re developing a paranoia for some people who hear these sound bytes.”

“All of the hallmarks of an epidemic can be found when there’s no disease,” said Philip Alcabes, Director of the Public Health Program at Adelphi’s Center for Health Innovation. Alcabes suggested to me that the bedbug panic corroborates with some of the concerns he expressed in his book, Dread: How Fear and Fantasy Have Fueled Epidemics.

“Bedbugs cause itching, of course, but they don’t spread any systemic illness and nobody dies from them. The key is that the problem seems to be spreading and that it stands in for — and reflects back to us — our social anxieties, our worries that the culture has somehow gone too far.”

So why would the New York Times feed reader anxieties rather than serve up the facts?

I made efforts to contact both Saint Louis and New York Times public editor Margaret Sullivan on Thursday afternoon, but neither returned my request for comment. I did, however, receive an email from Joseph Burgess, claiming that “the public editor can’t speak on behalf of The Times‘s policies.”

In the meantime, the Times article continues to make the rounds. Is there any hope for a rational consideration of the bedbug problem?

“People can’t be expected to be perfectly reasonable all the time,” said Alcabes. “In an era without witches or angels or signs in the sky, the epidemic offers a context in which some irrational behavior becomes acceptable. Which isn’t a bad deal, in some ways.”

12/7 UPDATE: Brooke Borel, author of the forthcoming book Suck: The Tale of the Bed Bug, has also responded to Saint Louis’s article. She points out that Saint Young is outright wrong in declaring that bedbugs have only just “discovered a new way to hitchhike” through books. “This is an ancient pest, and it has been doing its thing for at least thousands of years. Probably far, far longer.” She also reiterates what entomologists have been telling me over the past two days. The risk is low. “You aren’t very likely to pick up bed bugs in these types of public spaces. The bugs are far more highly concentrated in residences, where they can breed and multiply in close proximity to their food source.”

12/17 UPDATE: A commenter named Joe alerted me to this article, in which CBC News claims that bedbugs are infesting multiple branches of the Vancouver Public Library. The story is suspicious, because it relies upon the hearsay of library patron Gail Meredith conveying to the reporter that “the pest control people came to the conclusion that the only thing that was going on in my life that was likely to bring them in is my library books.” But the story doesn’t confirm this fact with the pest control people, nor does it attempt to corroborate this incident with the VPL. On Monday morning, I spoke with VPL spokesman Stephen Barrington by phone just before he was about to hit a Monday morning meeting. He said that he didn’t have his notes in front of him to spell out the details of the bedbug incidents alleged by CBC News, but that he would try to get back to me later in the afternoon to give me details. I will report any additional details I learn from Mr. Barrington.

12/21 UPDATE: There have been a number of stories circulating in Canadian news outlets about bedbugs in public libraries (including the above-referenced CBC News story). We’ve looked into these claims in a second investigative piece on Vancouver Public Library and Toronto Public Library.