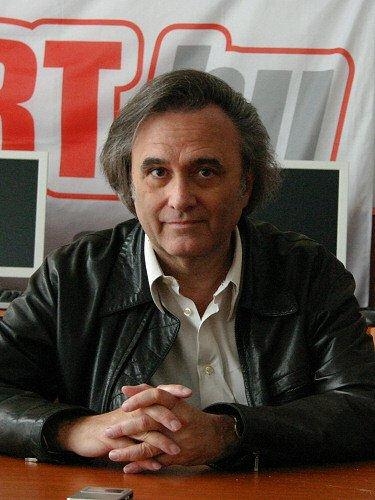 In this frank 25 minute radio interview, director Joe Dante discusses The Hole, the problems with creative control, 3-D, Mario Bava, the Hollywood system, and surviving as an independent director.

Joe Dante appeared on The Bat Segundo Show #359. He is most recently the director of The Hole.

Correspondent: I want to talk about the inside jokes. There are a few in The Hole. I noticed the yellow smiley face from The Howling in the background at one point. But it seemed to me that you were almost dialing down the inside jokes within the shots with this movie.

Dante: I did. Because, at heart, it’s kind of a sad movie, if you think about it. When you find out what’s in the hole, it’s much more melodramatic and personal than you would expect. It’s not little monsters coming out. And so the tone of the movie, it’s a little tricky to do a lot of those nudge nudge wink wink things, which I learned early on in my career. That you can’t do things at the expense of people who don’t know what you’re talking about. In The Howling, I had a scene in which Roger Corman looks for a dime in a phone booth. And it was funny to people who knew Roger. But when people didn’t know Roger, it was like, “Well, the scene is over. Why are you lingering on this extra piece? Because it didn’t mean anything to me.” And I realized that you can’t do that. You have to play within the rules. And if you do something that’s off the point, it should be done as an aside or in the background or as a tail — so that people maybe notice the second time when they see the picture.

Correspondent: Well, this is interesting. You’re talking about a lingering moment. And this leads me to wonder if it’s more difficult these days — not just from a financial standpoint, but also from an aesthetic standpoint — for you to convince a producer to give you work. Because your movies do, in fact, linger on that beat. Like that Corman moment in The Howling you were just mentioning. I even watched your episode of CSI out of morbid curiosity, and I’m seeing all these really great Dante master shots that unfortunately are being butchered by the crazy editing that goes on with that show. So the question is: How can a guy like you, who is extremely skillful with these Panavision-like shots, the 70mm that you did in Explorers and the like — I mean, is this more of a tougher sell?

Dante: It’s not a tough sell. People hire me for various reasons. But when you sign on to do a TV series, you must adopt the style of the TV series. Now I can shoot the stuff any way I want. But I know that in TV, you do your cutting. You hand it in. And then you see it on TV. And it’s always different. Because the show runners come in. And they change it to the style that they prefer. So you shoot a lot of long takes. But you just have to give them enough material for them to turn it into what they want. It’s never an expressive job. You don’t really feel you’re putting yourself into it. Although as much as I could, I stuck myself into it. And I stuck people who were familiar to working with me in the show. And it was, I think, a little bit different. A little bit offbeat from the usual episodes of the show. But the problem with doing a show like that, there’s an overarching storyline that happened before you came and that’s going to continue after you’re gone. So there’s really not a lot of space for you to insert yourself. Because you’re doing a job of work. And you’re not the auteur of the show. The auteur of the show is the writers. Because they’re the ones who are mapping out this entire scenario. The great thing is if you can get in on the ground floor and get in on the pilot.

Dante: If you do the pilot for the show, which I did for Eerie, Indiana, then you get to not only choose the cast.

Correspondent: You set the aesthetics.

Dante: You set the aesthetic and you get to influence the way the stories go and which direction they go. And even sometimes who’s hired to direct them. So that’s very creative and interesting and fulfilling. Doing one-offs is financially rewarding and a chance to work with a lot of talented people that you probably wouldn’t get to see otherwise. But it’s never like making a feature. It’s never like saying, “Okay, this is my movie.” And that’s why I prefer on TV to do anthology shows. Because it’s much more like doing a short film than it is to coming in and doing it. Illustrating an episode of somebody’s series.

Correspondent: Is it also a way of staying in shape so you don’t atrophy?

Dante: Well, it’s also a way of paying the mortgage.

Dante: Uh, I did it because it would be fun. But also, yeah, I did it because I wasn’t working. The great thing about Eerie, Indiana was that if I was going a feature, I could do that. I could go away and then do more Eerie, Indianas. But then it went off the air. And then I couldn’t do that anymore. So the trick is to try and find a way to keep yourself employed that doesn’t turn you into a hack. Basically. I mean, I always try and do things that — for movies, my yardstick is I don’t make movies that I wouldn’t go see. And I think if more people did that, we’d have better movies.