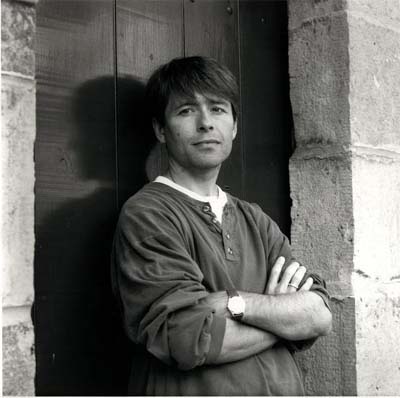 Michael Crummey recently appeared on The Bat Segundo Show #387. He is most recently the author of Galore.

Condition of Mr. Segundo: Wondering if you can rent a motel room in the whale of a belly.

Subjects Discussed: Childbearing in poor families, grisly deaths and irresponsible life decisions, infant mortality in the early 20th century, the relationship between historical investigation and magical realism, Crummey’s intense dislike of the term “magical realism,” dominant spectres and other ghosts, how the stench of death encourages the reader to get acquainted with new characters, the complexities in basing novels on historical events, aligning Galore‘s narrative to the Great War, not mentioning dates, the advance of religion before medicine in 19th century Newfoundland, the dissolute nature of Father Phelan, the netherworld beneath the real world, the truck system and fishing unions, whether Yoknapatawpha-like organization is required in building a world, avoiding Gabriel Garcia Marquez’s One Hundred Years of Solitude and learning to love it, alcoholic opera singers, balancing multiple characters into a narrative coherence, being saved by having family characteristics, being influenced by Marquez, another book as a road map, the unavoidable serendipity of reading, “happening” onto books with which to inspire a novel, Moby Dick, riffing on other people’s work, being suspicious of magical realism, magical realism as a cheat, not being able to talk about Newfoundland folklore, the importance of mechanical laws in the telling of the story, what readers are willing to accept, the song “Jack Was Every Inch a Sailor” as an unexpected inspirational force, magical realism as an interpretive notion similar to the Bible, and having faith in characters and fakery.

Correspondent: In terms of character balancing, if you’re running into the jungle and wildly whacking around with a machete, there needs to be something systematic. Particularly if you hope to arrange it in any sort of coherence.

Crummey: (laughs) Right. Well, I definitely had particular themes the book was following that, in a way, matched the trajectories for each of these characters for each of the generations. I was playing with the whole notion. Newfoundland is a tiny place. About a half million people. I mean, it’s big geographically. But it’s a tiny community. Half a million people today. A hundred years ago, I think it was less than half of that. And a hundred years before that, it was miniscule. Maybe twenty, thirty thousand people. So everybody’s related. And the gene lines between those generations. I mean, there are researchers from all over the world in Newfoundland studying because they can map how these genes crossed generations. Because there’s been so little contamination. For lack of a better word. So I wanted to play with that in the book. So when I started off with Judah, for example, I knew that the book was going to end with a direct descendant of Judah — and, of course, some of Judah’s characteristics; the smell, the white skin, and all that sort of stuff was passed on. And I knew that I wanted the book to end with someone who was in some way saved by being the direct descendant and having those characteristics. So all the way along, of course, I have this map to follow where these particular characteristics had to be passed down and then to do something interesting with those characteristics, all the way along, before I got to this end point.

Correspondent: Does this explain in part some of the copious cock imagery throughout the book? I mean, lots of blades and penises.

Correspondent: Lots of propagation I found.

Crummey: Yeah. Well, I mean, partly that was homage to [Gabriel Garcia] Marquez as well.

Crummey: Because every penis in Marquez is monstrous.

Crummey: It’s huge. And that was just something else again I stole from Marquez. (laughs) But the whole sense of propagation — I mean, this was a place that was incredibly difficult to survive in. And my sense of it is that only people with an incredible life force in them would have made it.

Correspondent: This explains in part the considerable virility of many of these characters.

Crummey: That’s right. And it is rather astonishing when you go to the old graveyards in Newfoundland. The graves seem primarily to be divided into two categories. There are people who died before they were fifteen, often of some disease or drowning or whatever. And then there are people who died when they were ninety-eight. So the people who were strong enough to survive past the fifteenth year seemed to go on forever. So there is a sense of unbelievable stubborn virility in these communities. And often, sometimes there’s not much life-affirming about it even. I wanted to get that sense across and, in some sense, it just seems like a stupid animal stubbornness that keeps these people going.

Crummey: Well, I mean, to be fair, I would say that most people didn’t live much past fifty-five. Right? And that fifty was considered to be old. And in every community, there’s this group of people who live to ancient years. But for most people, I think they were broken by the life they were supposed to live. By the time they were fifty, they were probably crippled by the work that they were forced to do and by the fact that women, in particular, probably started having children in their teens and would continue to have them until it killed them almost.

Correspondent: I’m curious. You’ve brought up Marquez a couple of times. And I’m wondering at what point during the writing did you shake off the inevitable yoke of influence?

Crummey: Right. Well, I mean, I was a little concerned when I first started talking about this book with people about even bringing Marquez up.

Correspondent: You brought him up here. Just for the record.

Crummey: I’m much more comfortable with it now over time. Because it’s ridiculous. There’s Marquez and then there’s me. But I think the thing that gave me the courage to try the book was the fact that I felt like Newfoundland and Newfoundland culture was every bit as rich and bizarre and otherworldly and maddening as the world that Marquez was writing about. And I trusted that to create its own uniqueness as I wrote the book. So it made me unafraid to steal what I needed from Marquez and to see that almost as a road map for a way to tell the story. Because I knew that the stories and the places I was writing about were so unique onto themselves that they could create their own. If I let them be, they could create their own world. And I feel like I did that. A lot of people when they read this book, I think, think of Marquez. But I haven’t — at least I haven’t heard anyone yet — heard anyone say it’s just a Marquez knockoff. Because the place itself is so completely different. It stands on its own feet as a culture.

Correspondent: It was more of a narrative canvas. A map on the wall with which to go ahead and put your pushpins in.