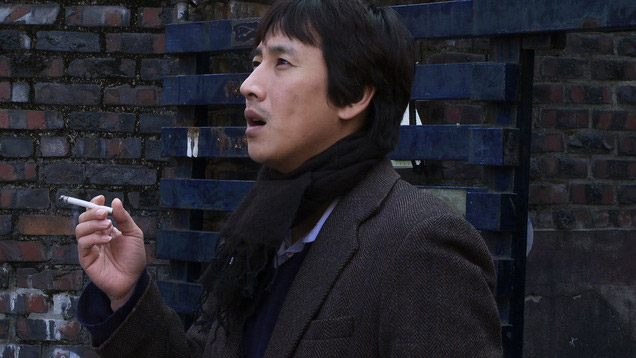 [This is the third in a series of dispatches relating to the 2010 New York Film Festival.]

It’s often a wise move to distrust any movie featuring a moviemaker as the protagonist, even the ones offered by interesting directors – just as one avoids reading novels involving novelists. It’s the easiest and most cannibalistic creative decision imaginable, akin to a fresh father barraging you with buckets of baby photos. You smile politely, but after the sixth hour flicking through photo albums, you courteously explain that there’s a little more to the world. In the case of the creative artist offering the creative artist narrative dilemma, either the story has to be truly remarkable or it must offer a fresh spin. (Even Stephen King understood this with Misery.) So one approaches Hong Sang-Soo’s lackluster medley of four short films – all featuring the same three characters – with tremendous frustration, baffled as to why such a one-note offering would be selected for a world-renowned film festival. Was there a shortage in South Korean submissions? Was it Hong Sang-Soo’s brand name? (Hong has had many of his films play previous festivals.) Is there an inherent selection bias towards movies about moviemakers?

Whatever the reason (and lest this essay be misconstrued as a takedown, please note that I am not anti-Hong), it is worth pointing out that the fourth of the four films, the titular “Oki’s Movie,” does demonstrate that Hong has a gift for Eric Rohmer-like meditations and is really the only short that should have been considered. It makes no explicit mention of moviemaking, aside from the narrative suggestion that what we are witnessing is a desperate reconstruction or perhaps a young adult’s early stab at pegging the world. Told from the viewpoint of Oki (Jung Yumi), a woman who loves both an older man (Professor Song, played by Moon Sung-kuen) and a younger man (Jingu, the filmmaker character played by Jung Yumi), it offers a storyline in which Oki takes both men to Mt. Acha on differing winter days, with Oki’s voiceover indicating the difference between the two men. The older man stops to admire a wooden deer and a pavilion. The younger man whooshes right by. The older man takes Oki inside for a lunch of wine and seafood pancakes, while the younger man uncouthly slurps noodles outside. This comparative basis offers a striking perch to perceive human differences. But on the basis of the three shorts preceding this, you wouldn’t know that Hong had this kind of rumination in him.

“A Day for Incantation” (the first short) follows Jingu after he has become something of a success, with a few films under his belt. Jingu is the most annoying of creative character stereotypes: the struggling artist who feels entitled to create art, but who doesn’t want to work and acts like an asshole. He lives his life drinking and smoking too much, trying desperately to get into the pants of any unmarried woman (such as one woman who takes a photo of him on the bench, who he runs away from upon learning that she is married). There is a scene in which Jingu attends a screening Q&A and an audience member accuses him of philandering and breaking a woman’s heart. But these pedestrian comedy situations, combined with the film’s visual inertia (Hong often shoots very long takes with two characters where they don’t even move), as static and as unfunny as a comic strip, makes one wonder if Hong has momentarily transformed into a Korean Jim Davis.

One doesn’t expect a student film narrative situation from a film festival selection. But that’s just what we get with the second short, “King of Kisses,” which follows Jingu’s college days, where he desperately tries to fall in love with a woman. Here, Jingu is more humble, if more spastic. His friends call him “Psycho” and it’s largely because he has a stalker’s tendency to pester Oki, claiming that he has never dated before. I saw this type of film too many times back in film school. It’s amusing enough if you happen to know the people behind the movie, but, beyond this, there’s a very good reason why this formulaic storyline stays in film school. Lonely guys with a film camera who aren’t far from twenty are hardly the best assessors of relationships. The student film feel is further bolstered by the tendency for a crisp off-camera voice reproducing the other party in a telephone conversation. Perhaps the point that Hong is making is that his characters are so ensnared with recreating life that they cannot live it – even if what we’re watching may very well be some recreation of their life experience (as suggested by the fourth short). But he offers us very little material here to care.

The third film, “After the Snowstorm,” is a little better than the first two. Professor Song awaits his two students, Jingu and Oki, after a snowstorm has hit. His students bombard him with questions about life (“Are we human beings or animals?”), for which Song, claiming himself to not be particularly wise, doesn’t have many good answers. It’s an interesting concept that doesn’t really go anywhere, even if it does set up the more thoughtful perspective of the fourth film. But at least there’s a fun moment when Song pukes up a live octopus. (Come to think of it, Hong’s tendency to zoom in on his characters is reminiscent of John Waters’s early films. But Waters had genuine wit and iconoclasm within his dialogue and the mighty Divine to deliver it. It is safe to say that not one of the three leads here has Divine’s gravitas.)