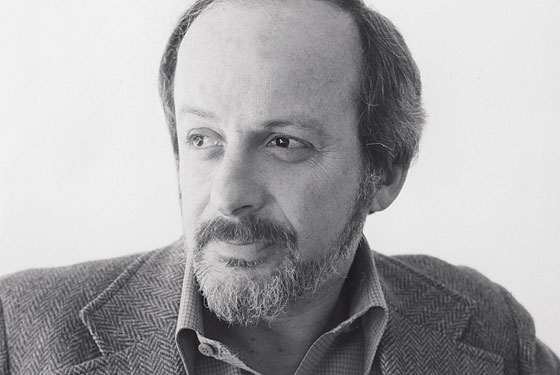 In our latest Modern Library Reading Challenge essay, we ask why EL Doctorow’s novel has relied so heavily on Kleist and whether Ragtime truly respects its readership.

(This is the fifteenth entry in the The Modern Library Reading Challenge, an ambitious project to read the entire Modern Library from #100 to #1. Previous entry: The Old Wives’ Tale)

In 1975, the New York Times‘s Christopher Lehmann-Haupt initiated his review with this typically hyperbolic sentence: “E. L. Doctorow’s ‘Ragtime’ is a highly original experiment in historical fiction.” Unfortunately, because Lehmann-Haupt possessed middling erudition, he could not ken that Doctorow had, in fact, ripped off Heinrich von Kleist for his novel’s most memorable character.

In a 1978 interview with Jared Lubarsky, Doctorow declared, “I realized as I went along that the model for this book, in terms of its narrative distance, was the chronicle fiction of the German master Heinrich von Kleist. His novella ‘Michael Kohlhaas’ was very much in my mind when I found the black man Coalhouse Walker, driving up the hill in his Ford.” In 1983, Doctorow was somewhat more honest about his carjacking with the notably sharper Larry McCaffery:

Several years ago my wife related a true story she’d heard about a housemaid in our neighborhood who bore a child and then buried it in a garden. I knew when I heard this I’d use it someday. I found myself using it in Ragtime, where I never knew in advance what was going to happen. Suddenly there was Mother discovering the little brown newborn in the flower bed. There was Sarah coming to live in the house with this baby. Obviously, she would have tried to kill the child only from overwhelming despair or sense of betrayal. So there had to be a father. I had introduced Houdini driving up Broadview Avenue. He came along in his shining Ford, an older man, and he said, “I’m looking for a young woman of color.” Where had he been? I decided he was a musician, a man who lived on the road, going where he found work. Now he was back to make amends. He starts to court Sarah and when she refuses to see him, he plays the piano for the family in their parlor. And that’s how I found the central image of the book. Then I began to think about the implications of a black man owning his own car in the early 1900’s. I knew Sarah would forgive him and they would be reconciled. But that car: What would happen to that lovely car of his is what happened to Michael Kohlhaas’s horses. I had always wanted to rework the circumstances of Kleist’s story. I felt the premise was obviously relevant, appropriate — the idea of a man who cannot find justice from a society that claims to be just. So there it was — I’d finally found the use for that legend I’d hoped to find — but not until the moment I needed it.

Yet four years later, in a Yale Vernacular interview with Liesl Schillinger, Doctorow downplayed “reworking the circumstances” to being “very much inspired by Kleist.” And in a 1988 interview with Herwig Friedl and Dieter Schulz, Doctorow would identify his theft as “a quite deliberate hommage. You know, writers lift things from other writers all the time.” That same year, Doctorow would offer an altogether different defense to Winifred Farrant Bevilacqua: “somewhere along the line as I was writing Ragtime I realized I was writing chronicle-fiction with a certain mocking or ironic tone but nevertheless with the same distance with the characters that you find in chronicle-fiction, that is to say, a distance not as great as a historian, not as close as the post-Flaubertian novelist, but somewhere in the middle and maybe that’s why I remembered that I’d always wanted to use ‘Michael Kohlhass’ in some way, it was a story for me.” But by 1997, Doctorow (sounding more like Cory than Edgar) said to Michael Silverblatt, “The source of what you use finally doesn’t matter….The sources don’t matter as much as the act of composing.”

As The New York Observer noted on March 23, 1998, there was clearly more going on than composing. Doctorow had ripped off many key elements of “Kohlhaas.” Both Kohlhaas and Coalhouse are stopped by men who demand toll. Both figures seek a vigilante form of justice, enlisting men to their eventual deaths when denied proper recourse. Both feature the horse and the car returned in perfect condition. Doctorow’s Booker Washington fills in for Kleist’s Martin Luther. Both feature very specific imagery of significant others receiving a blow to the chest from a weapon (and, as the Observer points out with its citations, the passages from both narratives are quite similar).

But let us inform our good thief Edgar why the sources do matter. According to Broadway World, the 1998 Broadway adaptation of Ragtime grossed close to $80 million during its two year run. The 2009 Broadway revival of Ragtime, which featured a working Model T automobile (the very story element that Doctorow ripped off and altered for his use) as a dominant part of the set, grossed more than $5 million. Not bad for a musical that was budgeted at $11 million and faced declining revenue due to the recession. That’s an $85 million gross over a little more than a decade on a musical based on a novel that ripped off another narrative. If Doctorow can be compared to a robber baron (in Ragtime, he does seem strangely at home writing about JP Morgan and Henry Ford), it’s a remarkably barren robbery.

Doctorow would prove quite defensive and more than a bit smug when called on the carpet more directly. “I find it surprising that this is being brought up 22 years after the event,” he would tell the Observer, seemingly not seeing why a highly successful Broadway adaptation might shine a brighter Klieg on the Kleist pillaging. “I have a sense of a readership that is sophisticated and understands how literature works. There are others who may be naïve about that. And that naïveté is taught by example.”

But was the 1975 novel really all that sophisticated? I read Ragtime twice for this essay. While I enjoyed it slightly more on the second read, I had severe doubts about Doctorow respecting a readership who “understands how literature works.” Ragtime‘s parody of a junior high school textbook grew tedious. I do everything in my power to accept a book for what it is (Updike’s Rules for Reviewing and all), but I wanted to feel these figures rather than look upon them as one-dimensional. Even Harold Bloom, writing in an introduction for a 2004 study guide, confessed that Ragtime “is far from being Doctorow’s most eminent work.” Was Ragtime a second-rate Doctorow?

Nearly four decades after its publication, one of the book’s biggest surprises is how patronizing Doctorow is. Above all, Doctorow is driven by the need to repeat and explain, as if his readership is a simpering mass of small children, perhaps plagued by amnesia or an uncanny inability to look up a vaguely arcane word, that he must speak down to. We are introduced to “the famous architect Stanford White” in the first chapter. A mere two chapters later, Jacob Riis decides to “interview the eminent architect.” Two chapters after that, we encounter Mrs. Stuyvesant Fish, who is “throwing a commemorative ball in honor of her friend the late Stanford White, the architect of her home. He had designed her home in the style of a doge palace. A doge was the chief magistrate in the republic of Genoa or Venice.”

It’s regrettable that this generic repetition extends to generic and sometimes cartoonish character description. Of the great Booker T. Washington, we are offered this redundancy: “He was an orator and his voice was strong.” Of Houdini, Doctorow writes, “Pound for pound he was as strong as any man he had ever run up against.” That’s pulpish, but somewhat fair. So why then do we need to be explicitly reminded about this already established strength only two sentences later? “He was immensely muscular and agile and professionally courageous.”

Of a strike, Doctorow offers this homely description: “The bosses want you weak, therefore you have to be strong. The people who will help us today will need our help tomorrow.” The reader who flips the next page will read the page that comes after this one. E.L. Doctorow has written a masterpiece. He has written a masterpiece because the book is on the Modern Library list. The Modern Library list, which is still regarded highly by certain literary geeks, is one method of locating masterpieces. Autistic readers are most welcome. Insert your logical fallacy or your X=Y observation of choice here.

Doctorow’s doggerel is hardly confined to phrases or sentences. Here is the man attempting to mythologize American heft as Taft ascends to the White House:

All over the country men began to look at themselves. They were used to drinking great quantities of beer. They customarily devoured loaves of bread and ate prodigiously of the sausage meats of poured offal that lay on the lunch counters of the saloons. The august Pierpont Morgan would routinely consume seven- and eight-course dinners. He ate breakfasts of steak and chops, eggs, pancakes, broiled fish, rolls and butter, fresh fruit and cream. The consumption of food was a sacrament of success. A man who carried a great stomach before him was thought to be in his prime.

And it is characteristic of Doctorow that, with the possible exception of Mother (and even this is dubious, as I shall soon demonstrate), he cannot write about women without objectifying them. Mameh, wife to Tateh, is forced to let her landlord “have his way on a cutting table” and is never seen again. When Evelyn eventually leaves Mother’s Younger Brother, she is never heard from again. Why can’t these women be interesting or useful to the narrative outside of the boudoir? Sarah, lover to Coalhouse Walker, spends most of her time mute and sequestered from the family when Coalhouse arrives. We do see Sarah laughing not long after a fortuitous development, but her happiness flows “in the milk of her breasts.” When Sarah finally does speak, she is bludgeoned by thugs. (And, again, keep in mind that this one-dimensional character is Doctorow’s appropriation from Kleist.)

Doctorow would likely defend such slips as a wry reflection of history’s male-centric sweep (“something I was always planning to do”), from which the narrative “we” (which undoubtedly includes the mysterious boy digging through trash at the family hotel) likely originates from. But when I remembered how William Kennedy’s Ironweed (a much superior novel) worked a time period and a setting somewhat close to Ragtime without this fatal flaw, I became even more bothered by Doctorow’s dickering. Even after her apparent transformation into someone slightly more autonomous, Mother is viewed with her underclothes sticking to her limbs, “recognized in her wet form the ample woman in the Winslow Homer painting who is being rescued from the sea by towline.” Why couldn’t Doctorow, a novelist who clearly loved writing about Houdini’s escape or Theodore Dreiser adjusting his seating position, find his own precise way out of this patriarchal predicament? If history is merely an alluring flipbook of silhouettes to find one’s fortunes and invent a baronetcy (the true underlying pull in this novel), then surely the decent thing for a novelist to do — even one claiming to specialize in mock chronicle-fiction — is to avoid having one’s German chocolate cake and eating it too.

Next Up: Joseph Conrad’s Lord Jim!