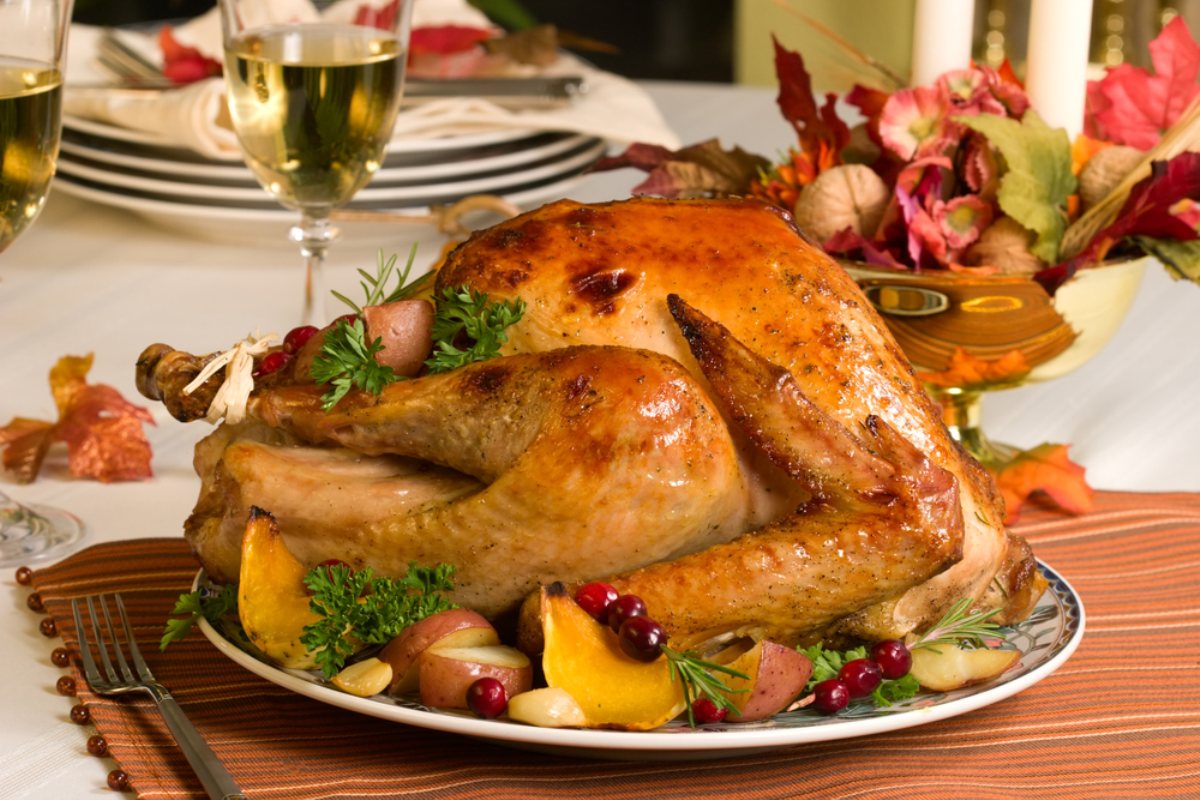 New York Post wingnut Karol Markowicz has argued that we should carry on with Thanksgiving as America faces its worst case count and death toll because of COVID. Her logic doesn’t add up and belies a harder truth about what we may have to sacrifice if we hope to contain the virus.

We’re less than a day into November and already the anti-science propaganda has been unspooled like a mildewed floor roller desecrating an immaculate hardwood floor. Resident wingnut Karol Markowicz, the New York Post‘s answer to a Karen for the written word, has urged her readers to celebrate Turkey Day, come hell or high water. “Go and see your family in Thanksgiving,” writes Markowicz. It doesn’t matter if they are out-of-state. It doesn’t matter if they are old or immunocompromised. Markowicz expressed all this, even as she risibly claimed that she had arrived at this conclusion “precisely because I listen to scientists.” Actually, Karol, it’s pretty damned easy to dismantle your ridiculously convenient logic. Her remedy for not passing on the virus is to find some magical place where you can get a rapid COVID test and wait for the results before enjoying the turkey and mashed potatoes.

The problem here is that there aren’t enough rapid tests available — least of all in remote regions that are highly averse to implementing desperately needed testing and tracing. Here in New York, the state that has offered the most ample testing, there have been only 400,000 rapid test kits distributed throughout the entire state. 148,935 tests were reported by Cuomo yesterday. If we replaced all COVID tests with rapid tests, we would burn through the available rapid test supply in less than three days. But that’s not going to happen. Because these rapid tests have been earmarked for schools in COVID hot spots. Markowicz’s math simply doesn’t add up. Does she think that rapid test kits grow on trees much in the manner of L. Frank Baum’s lunchboxes? I can only imagine how poorly she manages the family budget. Moreover, she foolishly believes that COVID tests will take less than 24 hours to process when any of us who have been tested know that a result can take as long as a week to come back or, in a worst case scenario, ten days.

Adding balderdash to batshit, Markowicz also guilts the reader through offensively treacly rhetoric: If you don’t see your family now, you may never see them. This wantonly assumes that the majority of senior family members arranged at the hypothetical dinner table will drop dead in the next eighteen months. Dr. Fauci’s own projections indicate that we’re not going to have anything close to normality until 2022. And, even then, this would be contingent upon a global vaccine that was successfully distributed and applied among the global population.

The reality is that we’re going to be living with masks and social distancing for at least eighteen months.

Markowicz then goes on to defend Kim Kardashian’s deservedly reviled 40th birthday party on a private island. “It was the fact that Kim got a little ‘normal,'” Markowicz writes, “that really seemed to rub people the wrong way.” Actually, it was the obscene narcissism of Kardashian flaunting her wealth and privilege that caused people to get upset — as any cursory review of Twitter swiftly reveals. When an estimated 31 million people are waiting on unemployment benefits as Mitch McConnell holds up a desperately needed second stimulus check until the start of 2021, the last thing that anybody wants to hear is an attention-seeking moron insulated by vast wealth bray on insensitively about the luxury she gets to enjoy while a sizable cluster of America fears eviction. Markowicz even refers to Kardashian’s ploy as a “regular life.” Really? When frolicking on a private island is within the scope of more than 300 million Americans, then we’ll talk. But Kardashian is no more “regular” than a flock of dodo birds somehow transcending extinction to saunter through Midtown.

We then get two obscenely fabulist paragraphs painting a panorama of overeating, drinking too much, and arguing about the election. I’ve counted the family members that Markowicz adds to her sham idyllicism and we have a mother, a father, a great-aunt, plentiful cousins (let’s say four), and at least one aunt and uncle. That’s a super-spreader event of ten and I’m not even counting family friends or significant others. We know that roughly one in ten people have been infected with COVID. Let’s say that the family home is in South Dakota, which presently has a 46% positivity rate. These aren’t the kind of odds you want to mess with — not if you want your family to stay healthy and live.

Last year, 31.6 million people traveled for Thanksgiving. Let’s say that half of those people brave the planes. That’s still about 15 million. Scientists at MIT and the Harvard T. Chan School of Public Health have informed us that HEPA filters in airplanes don’t function nearly as effectively against the virus. If the planes are packed with Thanksgiving travelers, you’re going to see planes turned into superspreader vessels. Your chances of getting COVID increase if you remove your mask to eat food or you are sitting very close to an infected person. Let’s be hopeful and say that only 10% of our estimated 15 million travelers come down with the virus. Well, that’s still 1.5 million cases. And if 1% of those people die, that’s 150,000 deaths to add to the already 230,000 fatalities we have seen since March.

What Markowicz is arguing for here is mass murder. To offer her a historical example she can understand, Operation Reinhard killed over 11,000 victims in Krakow. Even if we reduce our estimate by half, she’s essentially arguing for seven Operation Reinhards to go down in December. And the hell of it is that these needless casualties are so easily preventable.

We recently saw Australia — a vast country of 2.97 million miles (only one million less than the United States) — emerge into some semblance of normalcy. No new cases for five months. And that was only because Australia adopted strict lockdown measures that lasted for 112 days. The United Kingdom is presently attempting a similarly strict lockdown that could last four weeks. Maybe longer. The nation is joined by lockdowns in France, Belgium, Germany, and Greece.

Without a vaccine, the only real way to fight the virus — particularly as it bristles into the central regions of America — is through a national lockdown and significant penalties for failing to wear a mask in public. Failing that, seeing as how our government refuses to enforce a life-saving measure that will result in fewer deaths and potential containment, it seems to me that canceling Thanksgiving this year is merely a modest strategy to eliminate further spread of a virus that is clearly out of control in the great American heartland.

The only reasonable way I can see anyone celebrating Thanksgiving is for a “COVID pod” to agree for all parties to quarantine individually for two weeks before the turkey gets carved. But there’s also the potential exposure risk that comes with air travel. So even that isn’t a foolproof solution for people who aren’t fortunate enough to live in the same city as their family.

Look, nobody loves cooking for sixteen hours and feeding people more than I do. I’ve done the full Thanksgiving cooking marathon — turkey and all — five times now. Nobody loves ensuring that stranded friends have a place at a table during the holidays more than I do. But the rules of existence have changed. The way we live now is not the way we lived in March. If we want to return to that way of life — and we will eventually — then we need to consider some fairly radical ideas about how we can stop COVID. Now is not the time for the kind of foolish misinformation and fake news that is apparently Karol Markowicz’s specialty. But then she works for The New York Post. One would expect no less from a paper that couldn’t even report the professed Hunter Biden scandal right. When Tucker Carlson serves as the voice of reason, you’re hardly in the position to be arguing the wholesome high ground.