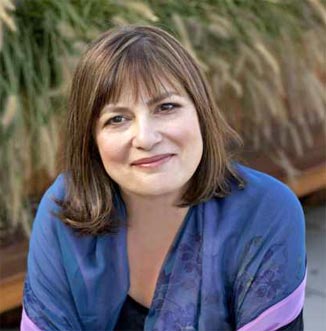 I’ve seen wild narcissism from authors in reaction to a review, but Alice Hoffman’s recent tweeting takes the cake. The Boston Globe‘s Roberta Silman reviewed Hoffman’s latest book, The Story Sisters. Silman wrote that Hoffman’s latest novel “lacks the spark of the earlier work.” The main character is “incredibly passive and doesn’t seem to have any of the normal anxiety of a mother in a time and place where hormones are raging, drugs are rife, and dangers abound.” In fact, Silman even commends Hoffman for one section of the book “described with real skill and precision” and notes “some wonderful passages” near the close.

This review is hardly nasty or vicious at all. And Hoffman must be a truly sheltered and out-of-touch writer indeed to consider this easily ignored slap on the wrist some ineffable form of damnation. Silman’s review and Hoffman’s disproportionate reaction is the intellectual equivalent of confusing a few droplets of water hitting your skin with a torturous session of waterboarding. To call Hoffman’s reaction histrionic is an understatement.

Silman’s review is a considered piece written by someone who didn’t take to Hoffman’s latest. The kind of review that any reasonable author would walk away from and say, “Oh well. Maybe she’ll dig the next novel.” I mean, it’s not as if Silman declared Alice Hoffman “the worst writer of her generation” or anything.

But since Hoffman has publicly posted Silman’s phone number and private email address, I think it’s safe to say that Alice Hoffman is certainly the most immature writer of her generation. One expects such behavior from a whiny brat in a boarding school who didn’t get the latest iPhone, not a 57-year-old bestselling author who won’t have to beg for a writing assignment or a hot meal anytime soon.

Hoffman has gone out of her way to invade Silman’s privacy. And maybe this is a desperate form of publicity or a desperate cry for attention. But I’m with Ron Charles on this. You write a sharp, witty response instead. Or even better, you develop a modicum of humility. (That, and the ability to spell Verizon correctly.)