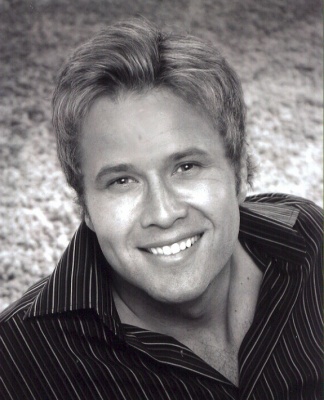 20 minute radio interview with Reed Cowan, director of the documentary 8: The Mormon Proposition.

Reed Cowan appeared on The Bat Segundo Show #341. Mr. Cowan is most recently the director of 8: The Mormon Proposition, which opens in numerous theaters on June 18, 2010.

Correspondent: I wanted to also ask about the box of secret documents. You don’t actually cite a source. And there’s no indication in the film that you made efforts to corroborate this with the LDS. Or to even contact the names that were possibly on the emails or the memos. I mean, I’m a viewer — let’s say — who is on the fence. I see this. There’s no provenance. Did you make any steps to confirm the provenance? And why isn’t this in the film? I mean, is there some sort of website component here that one can use to find authenticity?

Cowan: I’ve actually met the person with the documents out of the Church offices. Out of the archives. So there was some corroboration that went on there. And also, what a lot of people don’t know is that, during the federal case that’s going on right now, those documents were provided to the case as well. Which led to subpoenas of other documents from the Mormon Church. In those subpoenas, we were able to see that the documents the Church had to hand over correlated with the ones we have. So it’s a matter of court record, from my understanding with the people inside the trial, that they match.

Correspondent: Which court record is this? Which case?

Cowan: In the federal trial that’s going on right now. Perry vs. Schwarzenegger.

Cowan: Well, the thesis of our film is “8: The Mormon Proposition.” And so really the onus is on us to prove their strategy, right? And to prove to the audience how it came together, how the strategy was formed. And so we feel like we did that. And anything else is outside of that focus. And, you know, there’s so much here. I mean, you’re right. There is so much here that if the citizenry really wanted to see what’s going on, I mean, you could produce ten, fifteen hours of programming. Just in the federal trial alone. I mean, the fact that they are not allowing the testimony to be televised, to me, is sickening. And could be hours and hours and hours of documentary material that we could obviously add to the film.

Correspondent: Hours and hours of dramatization as well.

Cowan: Sure. Sure. But I don’t know an audience that wants to sit through ten hours of documentary. And so look for the books, I guess. Look for other documentaries. And I hope there are more made.

Correspondent: I’m wondering if you believe that any Mormon can believe in same sex marriage.

Cowan: I do. I know that some of my high profile Mormon friends believe that I have the same rights as they do. And I have the right to claim those rights. It would be surprising, I think, to a lot of Mormons to know that one of the most popular governors in the state of Utah, Jon Huntsman, and his wife Mary Kaye are dear friends of mine. Jon has now been appointed the Ambassador to China by President Obama. And they are very close friends of mine. And Jon Huntsman has gone so far in that state — now a lot of people wouldn’t like that he didn’t come out and advocate for marriage, but he advocated in that state for civil unions. And that was a huge step. And Mary Kaye said to me, “You realize why we took this stand and took the heat. It was because of you and your partner. It was because of our relationship and friendship with you.” So can Mormons get it? Absolutely. Absolutely.

Correspondent: Then I’m wondering why you didn’t profile, for example, Laura Compton, who started that site MormonsforMarriage.com. I mean, that seems to me a decided apostasy in relation to this particular issue. That not all Mormons are some sort of Borg-like collective.

Cowan: Yeah. You know, there were a few who did dare speak out. There were many who were punished in certain ways for speaking out. And that created a culture where they didn’t dare. So people like Laura are heroes. But again, the thesis was to prove “Look, this was their proposition.” It wasn’t the Catholic proposition. The Mormons were the man behind the curtain. And so again, I welcome any documentary who can profile her or the other few, the minority of Mormons who stood up for marriage equality. And continue to do so. And who are now crossing the aisle and seeing where the inequity happened.

Correspondent: Surely deflecting criticisms from the Mormon Church by having someone like Laura Compton in your documentary would have allowed, I suppose, for those sitting on the fence to consider the issue perhaps a little bit more.

Cowan: Maybe she would have provided a light that people could follow. But again that’s not what the film was about. The film was to show the inequity. Because that was the great wrong that happened. And, you know, in an hour and twenty minutes, that’s the time we had. The time we had to try to prove that case.