In this first BAMcinemaFest dispatch, our correspondent takes in weekend flings, Sasquatch romance, and a very annoying hipster who thinks he’s Buster Keaton.

This is the first in a series of dispatches pertaining to this year’s BAMcinemaFest, which runs from June 16th through June 26th.

After bracing the buckling collision of books, bad advice, and crass commercialism known as BookExpo America, I retreated to the air conditioned confines of the BAM Rose Cinema the following week, where press screenings for this year’s BAMcinemaFest were being held. The hope was that many of these independent offerings would replenish my soul and cause me to dance variegated jigs in the street. While there were several quiet and knowledgeable peeps kind enough to answer my questions about esoteric filmmakers unfamiliar to me, there were nevertheless a few self-absorbed “critics” (in particular, one dark-haired dunce who I had observed before a 92nd Street Y crowd gushing like some junior varsity neophyte and who felt the need between screenings to blab loudly about her remarkably uninteresting life) talking nonstop about film programming gigs that they felt entitled to. (“Oh, is he going to leave?”) Something about persuading a bigshot teetotaler to drive her to some needlessly affluent affair so that she could spend the weekend completely plastered, life presumably passing by like nonbiodegradable plastic. Not my idea of fun. A year ago, I had moved from Manhattan to avoid this unpleasant type. Yet this doddering parvenu, who claimed the sui generis Tree of Life to “have slow spots,” was a sober reminder that, even in Brooklyn, obnoxious and entitled tastemakers have replaced the rough-and-tumble enthusiasts who really count. I report all this in the event that some of my BAMcinemaFest dispatches are declared needlessly sour or mean and so that the reader might understand some of the atmospheric conditions in which I caught these artsy flicks. 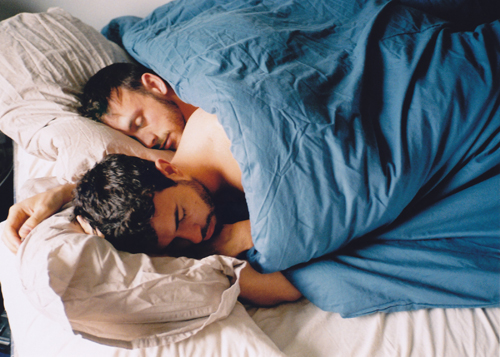 The first offering was Andrew Haigh’s Weekend — a film having nothing to do with Godard’s masterpiece and everything to do with the possibility of sustainable romance over a whirlwind weekend. If you’ve lived adventurously enough, you’ve probably experienced a few of these yourself. If not, you’re probably retreating to movies to tell you what it’s like so that you might “program” these feelings in the future. Independent cinema has been curiously reticent in exploring a gay naturalistic version of the Before Sunrise story. And I very much appreciated Haigh’s commitment to capturing the coke-snorting, tea-making, and jizz-splaying-across-chest moments that most purported mavericks steer clear from. What I didn’t know is that Haigh has apparently upset Joe Clark for reasons that, I must confess, aren’t entirely clear to me, but have something to do with Haigh mischaracterizing Clark’s early enthusiasm as “the kind of movie straight guys would like” and assistance that was largely unrequited (an admittedly tacky move on Haigh’s part). What I can say is that Haigh isn’t nearly as talented as everybody thinks he is; he’s more interested in how people look rather than how they behave. That’s a far cry from someone like Lisa Cholodenko, who has escaped being pegged precisely because, if we want to get all humanist about this, she’s an excellent observer and chronicler.

Haigh’s two actors are both very good (especially Tom Cullen as the slightly more squeaky-clean of the pair), but the capable Chris New (playing an artist who is somewhere between David Thewlis in Naked and an aging hunk with lunky billiard balls still cracking around upstairs) is directed to play to the camera like a peacock when he really needs to crackle off the screen like Richard E. Grant in Withnail & I.

A tape recorded confession bookending the romance (along with several shots of surveillance cameras and additional angles that look as if they’ve been captured by surveillance cameras) may very well be Haigh’s own admission that he knows how to capture an early morning postcoital murmur like “I smell of cock and bum,” but that he doesn’t quite have the emotional depth and the true candor to communicate inner torment. Haigh isn’t helped by having his characters spout callow philosophy (“Gay people never talk about it in public unless it’s just cheap innuendo”) when he’s already presented them as much smarter than this. If Haigh’s the kind of guy who would slag off a potential advocate for being straight, that’s probably part of the problem. Yet Weekend stands only vaguely for the Other, but really wants you to like it. That stance may win you points among the sneering film nerd set, but it isn’t really conducive to lasting art.

Christopher Munch’s Letters from the Big Man probably doesn’t stand a chance of nabbing distribution. That’s too bad. For me, it was one of the high points. One doesn’t expect references to Zane Grey and Farley Mowat in a Sasquatch movie, much less incongruously formal dialogue like “I really don’t want the inconvenience of being the last person to see you alive” or a character who addresses the mosquitoes who are biting her. This is also a movie that presents smart people who openly confess that they’re too smashed to follow a Shakespeare production. While it’s true that these moments are buried under a somewhat muddled philosophy, I felt very inclined to appreciate the film for what it was.

Swamp Thing gave us Adrienne Barbeau’s breasts. Letters presents us with Sarah Smith, a hydrologist played by Lily Rabe self-sufficient in the wild and not easily charmed by men. When one smarmy suitor insinuates that he has the mind as well as the meat, I was delighted to see him rebuffed and flailing. I also liked the way Munch didn’t bother to have his Sasquatch (the titular Big Man) occluded in shadows or cockeyed angles. When we see the Big Man for the first time, we see him in full form. Which is just as it should be.

Sarah is also an artist, sketching images both real and subconscious. The Big Man possibly inhabits our world and possibly does not, but he does make his way to Sarah’s sketchpad. At one point, Sarah says, “I can feel you nearby. Thank you for being here.” Some East Coasters may be put off by this New Age vibe, but as a native Californian, I didn’t mind this so much. If cinema can’t present us with off-kilter introspection every so often, then what’s the point of making movies? 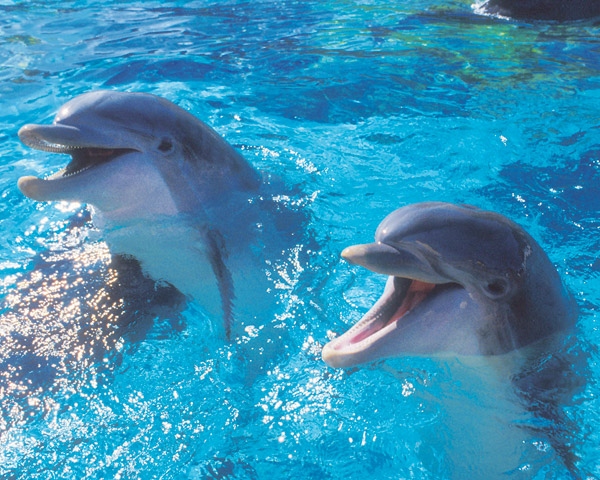 To take the edge off some of the forthcoming vitriol, I have included an image of two happy dolphins. The next film I saw was so terrible that I can state with fair certainty that one would be better served locating two dolphins, such as the very nice ones pictured above, and spending 83 minutes with them instead.

Before watching The Color Wheel (shot in black-and-white: how eye-roooooooooooonic!), I had no idea who Alex Ross Perry was. Now I wish I had never learned his name. Perry is a filmmaker so incompetent with comedy that he presents us with a stock situation in which a young man named JR (naturally, played by Perry and far removed from the great Gaddis novel) accidentally breaks a vase. He is told by the shopowner that he must pay for it and that it’s worth $500. JR doesn’t have the money. Instead of Perry finding a solution for this, he abruptly cuts to the next scene. In other words, Perry can’t be bothered to resolve the scene. Is this laziness or someone “hip” and detached? Either way, this is a technique one expects in 1991, not 2011. And it makes me wonder if The New Yorker‘s Richard Brody (and, hey, I’ll even give Brody Ishtar) was off his fucking rocker in commending this film’s alleged “exquisite comic timing and incisive comic framing.”

In this way (and many others), The Color Wheel plays like the mentally handicapped love child of Kevin Smith and Diablo Cody. The film, shot in 16mm. is so grainy that I truly believed all of the actors were experiencing bad cases of dandruff. And that’s hardly the least of Perry’s witless amateurism. There is also a very long take of perhaps twelve minutes (was Perry running out of film stock?) in which Perry consummates the incest that we knew would go down from the beginning and in which moments that are intended to be spontaneous are revealed to be amateurish rehearsal.

As an actor, Perry has a high-pitched voice that is so monotone that it makes Michael Cera appears as if he has the range of a Mel Blanc or a Frank Welker. Despite such clear limitations, Perry has the effrontery to offer something vaguely approximating a Buster Keaton look. But where Keaton’s face invited mystery, Perry’s face only encourages anger.

A dolphin’s face, by contrast, does not encourage anger. And I will be spending a good chunk of the time between this BAMcinemaFest installment and the next watching this pleasant dolphin video to remind myself that there are at least 25 million better things that one can do than consider or acknowledge Alex Ross Perry.