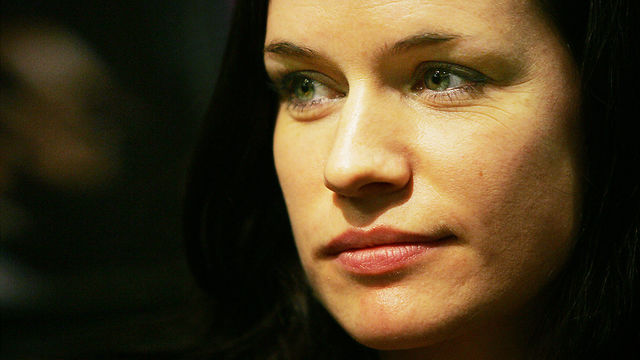 On the occasion of Sarah Hall’s The Beautiful Indifference, this essay outlines how Hall’s striking literary voice developed in her first three novels.

(In an effort to ensure that all of Sarah Hall’s work is covered in some form on these pages, I am collecting all material I have written on Ms. Hall. What follows is an essay, which covered all of Hall’s fiction up to Daughters of the North and appeared elsewhere in slightly different form in 2008. Hall’s fourth novel, How to Paint a Dead Man, was the subject of a roundtable discussion that was published on these pages during the week of September 7, 2009: Part One, Part Two, Part Three, Part Four, and Part Five. An essay on Sarah Hall’s fifth book, The Beautiful Indifference — infuriatingly without an American publication date, but available in the United Kingdom and Canada and well worth your time — is forthcoming. You can also listen to my one hour interview with Hall, conducted in 2008.)

Sarah Hall’s fiction ekes out a territory somewhere between Scarlett Thomas’s “novels of ideas” and David Mitchell’s narrative know-how. In her first two novels, Hall examined the dramatic effect that the construction of a reservoir has upon a small town (Haweswater) and chronicled a tattoo artist’s journey from a gritty English seaside resort to Coney Island, its fraternal twin across the Atlantic (The Electric Michelangelo). Her third, Daughters of the North, adopts aspects of dystopian fiction reminiscent of Margaret Atwood’s The Handmaid’s Tale and Anthony Burgess’s The Wanting Seed, presenting a world in which women’s reproduction has been regulated, the economy has collapsed, and environmental resources have been whittled away. An isolated army of feminist revolutionaries represents slim hope for human progress: Daughters‘ futuristic time frame, its more concise prose, and its first-person perspective would appear, at a cursory glance, to be at odds with the 1930s settings, lengthy descriptive passages, and omniscient narration contained within Hall’s first two novels. But the novel represents both an extension and an evolution of what might be best perceived as a narrative inquiry into the relationship between humanity and environment.

This close connection is intimated by Hall’s tender attention to terrain. In Haweswater, the earth’s manipulation is an essential part of the story, with a river “redirected out of the lake — flowing within a man-made channel away from the heart of the building arena.” One of the women in Daughters has a “blue tattoo above her ear ran all the way around her skull, down the median of her neck, disappearing at the hem of her jersey.” These passages share a unique directional quality that provides a moody map for the reader, reflecting the deeply tactile manner in which Hall’s characters relate to their world.

But Hall’s characters must also contend with a constructed world of their own making, a topographical tapestry of makeshift structures and occupied edifices, closing in. Michelangelo‘s hero is mostly confined to a hotel and tattoo tents. In Daughters, an initiation ceremony involves throwing a new revolutionary recruit into a dog box for a period of time. And the harsh price to pay for this self-actuated world is not unlike that embodied by the child in Ursula K. Le Guin’s philosophical essay “The Ones Who Walk Away from Omelas,” who is forced to live in a small, squalid room so that others might enjoy a constructed utopia.

The body itself is frequently as scarred as Hall’s environments. Haweswater‘s main character, the farmer turned anti-reservoir activist Janet Lightburn, has a star indentation on her forehead, the result of a bullock’s kick and “a reminder that her life has included the sporadic brutality of her family’s trade.” Likewise, in Daughters, one of the female soldiers has a dent in her forehead, described as “the mark of a perpetual frown, an expression that seemed to be worn perhaps even when she did not mean for it to be present.” In both cases, the mark serves not so much as a stigma but as a proud physical badge of hard work. It’s as if these women are the new Zeuses of the landscape, with untold deities springing from their foreheads to follow in their footsteps.

Michelangelo‘s chief protagonist, Cy Parks, grows up in Morecambe, working with his mother in a hotel for consumptives. He is horrified by the bloody basins he must collect in the halls, but this leads him to be relatively inured when he serves as an apprentice to Frank Riley, a bawdy tattoo artist who teaches him his artistic skills. Interestingly enough, Cy’s mother shares the steely fortitude of Haweswater‘s Ella, who is Janet’s mother. Ella likewise contends with the visceral horrors of nurturing the wounded when serving as a World War I nurse but has no problem inhabiting this “brutal landscape of the mind.” Indeed, Hall’s female characters are often stronger than their male counterparts. During Cy’s encounter with a dissatisfied customer, Grace stops this contentious banter with the flash of a knife, telling Cy shortly afterward, “You are a kind man. I think if you ever truly had to sting someone, you wouldn’t survive it.”

Hall’s environments sometimes take on the metaphorical characteristics of a body. In Michelangelo, Coney Island is a “fat, expensively dressed in-law with a wicket smile and the tendency, once caught up in the mood, to take things too far.” That both Coney Island and Morecambe are “made up of a multitude of interdependent entertainment cells designed to remove a person from the dimension of ordinary life” suggests that these vacation spots are not so much living and breathing organisms, but complex environments presenting alternative ways of living to the commonwealth. And if this desire for an alternative existence is so seductive, it might also explain what causes Daughters‘ protagonist, Sister, to venture northward to Carhullan, a farming community run by an idealist with the telling “Tricky Dick” name of Jackie Nixon.

But as these environments become anthropomorphized, the faces of Hall’s characters, in turn, reflect the fierce qualities of landscape. In considering a career-ending assault upon Riley, Michelangelo‘s Cy notices “how a man’s face in barbarity will show traces of compassion even though it is already determined in its fulfillment of cruelty.” When Cy first meets Grace, the muse he falls in love with, Grace’s face is described as “pale and vividly sloped.” Pages later, Hall observes that “the face under the make-up seemed not be hers.” As Grace watches Cy draft a sea of illustrated eyes upon her body, her face one rare part of the canvas left bare, Hall describes the “dark red hair pinned back off her recessive face.” The phrase invokes “the old distinguished grace” of Yeats’s “Upon a Dying Lady”, who reclines “her lovely piteous head amid dull red hair….rouge on the pallor of her face.”

Equally important in this interdependent relationship is the way that Hall, in her first two novels, separated her descriptive prose from the chatty islets of her dialogue, as if unable to unite these components into a singular narrative landscape. But in Daughters, Hall began merging dialogue and description within the same paragraph, causing an altogether different postmodern device to emerge from this blending. The novel, which is the fictional statement of a female prisoner, has much of its “data lost.” And this lost testimony involves unseen violence. This is a particularly striking elision, considering the grisly consumptives and tattoo customers in Michelangelo and the brutal deaths of expendable reservoir workers in Haweswater. Hall appears to be sharpening her own formidable talents for novels of greater complexity and accessibility. There may be masterpieces in the future, but, in the meantime, these three fine novels present a great novelist in bloom.