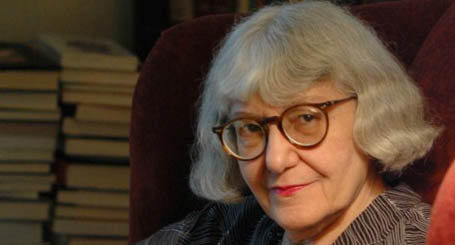 Why is Cynthia Ozick’s Foreign Bodies being reviewed by feeble and uncomprehending hatchet men?

When Zadie Smith reworked E.M. Forster’s Howard’s End* into her excellent novel, On Beauty, few reviewers expressed dismay at her creative methodology. Frank Rich, who raved about Smith’s novel in The New York Times, noted “the blunt declaration of Smith’s intention to pay homage” in Smith’s first sentence. The Washington Post‘s Michael Dirda, who was even more effusive than Rich, called Smith’s novel “subtly laced with learned allusions” — which was something of an understatement. Similarly, Jonathan Lethem’s “The Ecstasy of Influence” was also celebrated for appropriating numerous texts — even included in the 2008 edition of The Best American Essays.

In an age where Girl Talk and Creative Commons are as mainstream as Johnny Mathis, remixing and repurposing is clearly the usual, something to be celebrated among our greatest literary practitioners. Yet it is rather extraordinary that a few reviewers — all conspicuously out-of-touch with this present temperament — have seen fit to punish an author, one who has pretty much earned the right to do anything she wants, for reworking a novel considered to be a classic. What is most interesting about these feeble hatchet men is how little they comprehend the text they wish to feed to the dogs.

Cynthia Ozick’s Foreign Bodies has been bitchslapped by The Los Angeles Times‘s David Ulin, The Milwaukee Journal Sentinel‘s Mike Fischer, and The Seattle Times‘s Michael Upchurch for a novel that is, respectively, “more schematic than engaged,” “doesn’t have the texture or plumb the depths that anchor James’ metaphor-rich prose,” and “a great premise — disappointingly handled.”

Upchurch’s indolent 300 word review — indistinguishable from a cranky Goodreads capsule banged out by a drunk in a matter of minutes — can be easily dispensed with. All Upchurch manages is a chickenheaded concatenation of pusillanimous modifiers (“crude,” “thin,” “choppy,” “baffling,” and so forth) for Ozick’s latest. He guzzles down his precious column inches praising James, as if desiring some librarian to pin a gold star to his lapel for dutiful reading, and he writes that Ozick “introduces [a] bracing, brutal twist without really developing it” without bothering to explain why. (This is not dissimilar Ulin’s sloppy pronouncement that Foreign Bodies “remains curiously unsatisfying.” More on Ulin in a mite.)

When one explores the Goodreads page for Ozick’s book, one discovers that even the reviewers who didn’t care for the book have more clarity and plenitude than Upchurch:

She is really a wonderful writer with a unique presentation and style. However I did not rate this higher as I liked none of the characters, not at all or even a little bit. They all had significant flaws and I found the reading experience unpleasant as they were just all so annoying. I did not care really what happened to any of them although I was curious enough to finish the rather short book and had hopes that they would change a little or something other than what they were throughout.

That comes from a Goodreads user named Allyson. Writing in her spare time, Allyson offers a more valuable negative review than Upchurch. She articulates — in fewer words than Upchurch — that she didn’t care for any of the characters, but notes that she was attracted to the style. And she also seems genuinely taken aback — certainly more than the newspaper naysayers. By contrast, Upchurch writes, “We also get prose that too often flails hyperbolically as it paints its grotesques.” Like Allyson, Upchurch doesn’t really expand on his observation. But Allyson is not so quick to condemn. The outside observer, curious about the balance between style and characters, is more interested in Allyson’s review. Therefore, why would any news outlet pay Upchurch money when we can get the same material for free? I understand that Upchurch has had his space cut. But Upchurch, in sticking with the superficial in his review, offers us no reasonable justification for his professional existence. He is as joyful as a starving urchin in Calcutta. One desperately wishes to feed him.

Of Foreign Bodies, David Ulin claims “there are no overt references to the novel, other than a few puns and one-liners.” Yet even in Ozick’s second chapter (the first after a letter), one encounters quite a number of Jamesian references.

In The Ambassadors, James’s Paris is often quite cold. Chad’s house, formed from “the complexion of the stone, a cold fair grey, warmed and polished a little by life,” takes “all the March sun.” Strether is led into “the rather cold and blank little studio.” Madame de Vionnet leads Strether into an antechamber that’s “a little cold and slippery even in summer.” By contrast, Ozick’s postwar Paris is piping hot, the victim of “a ferocious heat wave assault[ing] Europe.” Bea walks “through the roasting miasma of late afternoon” and in search of nonexistent air-conditioners. A superficial reader may view such an inversion to be merely the “mirror image” that Ulin claims it to be. But if Foreign Bodies is simply swapping the twin taps, why then would Bea also encounter a “visionary living robot” at a department store, which also has the “familiar” consolation of “cold air?” Ozick isn’t simply reversing The Ambassadors. She’s studying how French-American cultural relationships have developed over the fifty years since The Ambassadors. Ozick’s ravaged version of postwar Paris is quite different than the cultural mecca that enticed Strether, yet she daringly suggests that the new Paris appeals to Americans who are “vigorous, ambitious, cheerful, and given to drink” — “literary tourists” who are hoping to “summon the past.” From The Ambassadors:

Nothing could have been odder than Strether’s sense of himself as at that moment launched in something of which the sense would be quite disconnected from the sense of his past and which was literally beginning there and then.

Ulin declares Ozick’s novel as merely “a counterpart” and “a mirror image, James’s story turned around.” But this lazy thesis fails to account for the Suite Eyre spa in California, featured near the end of Ozick’s novel, which serves almost as an wry answer to Thomas Mann’s European spas. Where The National Post‘s Philip Marchand rightfully observes that “not every character in Ozick’s novel is based on Henry James,” for Ulin, Foreign Bodies “seems more schematic than engaged.” By contrast, The Barnes and Noble Review‘s Tom LeClair is more daring (and interesting) in his suggestion that Ozick is responding in a way to a particularly callow interviewer who began his conversation by telling Ozick that her work was cut off from contemporary culture (and who then got his ass handed to him). Evidence for LeClair’s theory can be found within the novel, which concerns itself with sexual candor, abortion, and several other subjects that occupy our present time. But LeClair, in attempting to pursue “the physical revulsion and spleen that circulate through the novel,” offers a more curious and less turgid investigation than Ulin. Ulin’s inability to see Lili as little more than a refugee who marries Julian suggests very highly that Ulin skimmed (if that) the book’s last 100 pages, which offer quite a bit more with a figure named Kleinman.

Ulin’s miserly efforts to corral Ozick’s novel against another are matched by Mike Fischer’s impoverished interpretation. Fischer lauds one Ozick passage that “James could have written” and notes that Foreign Bodies “is filled with similarly uncanny echoes of the Master’s voice.” But he is too much of an incurious James fanboy to consider Ozick’s book on its own terms. He is blindsided by how closely Foreign Bodies aligns with The Ambassadors. And like Ulin, he too seems to have skimmed the final 100 pages. Fischer observes “the washed-out watercolors of Marvin’s two maddeningly inconsistent children,” which isn’t so much a cogent observation but an inept attempt at wit. Fischer likewise doesn’t have the acumen to consider Margaret’s vital presence as anything more than a sketch representing “narrative neglect.” (Never mind that Ozick, imbuing Margaret with a pebble in her heel, is exploring the symbolic possibilities of spousal neglect cast against an American backdrop.) Fischer makes no mention of the book’s careful concerns with the corporeal. And there’s one vital clue for Fischer’s doddering take in this “narrative neglect.” Near the end of Fischer’s review, Fischer claims that Ozick’s readers “stumble in the dark,” because “we’re not given an object lesson on the moral ambiguity that is central to understanding James.” This is no doubt a reference to James’s “The Art of Fiction,” in which the Master threw a famous fit over Walter Besant’s “conscious moral purpose.” But “conscious moral purpose” (or even James’s “air of reality”) isn’t the sole reason to read a novel. (Indeed, this is precisely what James was arguing.) Only a precocious child would ascribe such a singular criteria when assessing a book. But Fischer — “a Milwaukee lawyer and writer” and, quite possibly, a moribund Grisham aspirant — wishes to fish with a puny pole that will never hit the sediment.

It’s bad enough that Upchurch, Ulin, and Fischer’s conservative-minded deference for the original text prevents this bubble gum chewing trio from appreciating what Ozick is trying to do. Updike’s first Rule for Reviewing — “Try to understand what the author wished to do, and do not blame him for not achieving what he did not attempt” — has clearly been tossed out the window. But what makes these three reviews especially troubling is the instant drift to the superficial. This is especially dishonorable with a novel embedded with all manner of treasures. Not one of these three men proved capable of observing the canny way that Ozick closes the book at the turn of the year. Not one of these three men proved capable of understanding composer Leo Coopersmith’s role in the narrative, much less paying close attention to the way Ozick describes voices and musical instruments. (An opportunity to explore what Ozick’s novel in music might have been welcomed in a newspaper. But why attempt serious criticism when you’re firing blank bons mot?)

Robert Birnbaum, writing about Ozick in The San Francisco Chronicle, is quite right in suggesting that “the enterprise of book reviewing has become degraded.” When critical pygmies wish to denigrate an author that they lack the time or the curiosity to comprehend, one wonders why such infants aren’t devoting their pens to matters more suited to their collective ken: perhaps snarky synopses of television episodes or vapid profiles of Hollywood celebrities. If these are the hollow considerations we’re getting, then the death of newspapers couldn’t arrive any faster.

* — One fun fact: Forster, rather famously, didn’t care much for Henry James. Of The Ambassadors, Forster wrote:

The James novels are a unique possession and the reader who cannot accept his premises misses some valuable and exquisite sensations. But I do not want more of his novels, especially when they are written by some one else, just as I do not want the art of Akhenathon to extend into the reign of Tutankhamen.