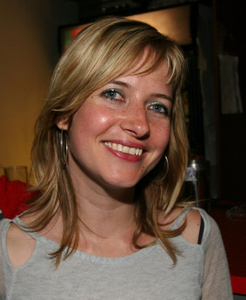 In this 30 minute radio interview, we talk with Arthur C. Clarke Award winner Lauren Beukes about Zoo City, whether or not she rolls on the ground when thinking about a fight scene, and being the “head writer” of your own novel.

Lauren Beukes appeared on The Bat Segundo Show #409. She is most recently the author of Zoo City.