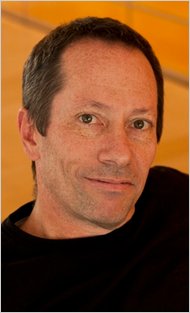 In this 35 minute radio interview, author Eduardo Porter discusses The Price of Everything. Is a belief in prices a religious faith? And what of the neoliberal blind spots?

Eduardo Porter appeared on The Bat Segundo Show #381. He is most recently the author of The Price of Everything.

Condition of Mr. Segundo: Shopping for a new religion.

Subjects Discussed: Faith and the Pascalian wager, whether or not Americans perceive faith in fair prices, the idea of a price embodying the making of a thing, Marx and labor, how our understanding of prices is a function of transaction, worker exploitation, Dan Ariely and behavioral economics, “buying a sense of our own goodness,” tipping in Japan, Porter being needlessly concerned with the price of a Los Angeles condo he sold years earlier, new economic frontiers without speculative bubbles, Robert C. Wright and predicting bubbles, Keynesian beauty contests, orange juice and the weather, derivatives and probability, the inability to separate legitimate bubbles with sham bubbles, subprimes and low interest rates, John Rawls and society maximizing the well-being of the least fortunate, the extension of the Bush tax cuts for the wealthy, ephemeral jobs and speculative bubbles, unfair income redistribution and prices, diversity and labor, William Julius Wilson, Sir Nicholas Stern’s idea of the wealth of the individual remaining steady throughout the years vs. human life as priceless, the 9/11 Commission and Kenneth Feinberg’s compensation discrepancy, anti-egalitarianism, competing subjective viewpoints about the price of a life, economic consequences that emerge from changing a speed limit, the value of a person toiling in a maquiladora vs. the value of Clive Owen, connections between pricing and elitism, time and the value of human life, France’s price on Haiti, and the colonialist implications of price.

Porter: In the mid-1990s, a study by the Intergovernmental Panel on Climate Change tried to come up with an early estimate of the economic impact of global warming. And to do this, it used some of these estimates of the value of life. And it decided that the value of life in poor countries was $150,000 and in rich countries $1.5 million. Now you can imagine that didn’t go down very well at an international meeting with rich and poor countries. I mean, this was a rebellion. “What do you mean?” So if rising seas are going to wipe out Bangladesh, it’s cheap. But if something is going to happen in Switzerland, then we really have to worry. So ultimately, at the end of the day, they came to a political compromise. And they redid this, valuing everybody at $1 million.

Correspondent: But on the other hand, for the sake of argument, if you have some central authority making such an insensitive statement — that a person born in one country is worth less than someone born in an industrialized nation — wouldn’t that open up the fact that we’re all living within unseen disparities? That the value of someone toiling right now in a maquiladora or an export processing zone is, we all know, worth less than the life of President Obama. Or the life of actor Clive Owen, who is probably worth more than either of us ever will be.

Porter: Well, yes. This is a manifestation of the inequities in life. That it’s just a replication after death of a very unequal distribution of opportunities and rewards. That’s true.

Correspondent: Well then. If pricing essentially confirms that, it’s almost as if pricing confirms an Ortega y Gasset-like notion of elitism. That really what we’re denying in denying these crude and cold and insensitive prices is denying the inherent elitist nature of the capitalist system that we live by in this purported democracy that you, in the book, actually uphold.

Porter: I would say that that’s essentially correct. I mean, capitalism is not an equal society. And I don’t think it can work as an equal society. Disparities are what steer resources to be allocated into one place or another. Pay differentials lead people to take one choice rather than another. To move into one job or another. To get one type of education or another. So the idea that everybody must be paid equal is, I don’t think, functional. It does not function within a capitalistic society. If you’re asking for my opinion on the ultimate — I don’t want to use the word “justice.” If you’re asking for my opinion on whether this is an ideal way to live, I would tell you no. But it’s because of the depth of the disparity. Not because of its existence. I will agree that disparities will exist. I have a problem with the size of them.

Correspondent: You mention Bangladesh earlier. And this is in relation to climate change. William Nordhaus’s idea that in estimating future damages, we need to use a rate that reflects the productivity of long-term investments. Then of course, you’ve got Sir Nicholas Stern’s idea: “The welfare of a person hundreds of years from now is worth the same as as the welfare of someone alive today.” And of course, not everybody can agree on that either. Now we’re adding time to this. Even more problems. If you were to look at the history of Haiti, you see France in 1825 — they don’t wish to recognize Haiti’s sovereignty unless Haiti paid them 150 million gold francs. Haiti, of course, couldn’t pay back the money until 1947. And they had to take up long-term interest loans.

Correspondent: This is the ultimate in a big joke about price. Haiti wanted to be recognized as a nation and they have to pay this considerable amount of money. So this leads me to wonder if price — I seem to think, particularly after this conversation — is a huge mess that creates ever more problems about other viewpoints, other peoples, and simply existing. The more we think about the way money is attached to an individual person, the more we realize that certain systematic norms cause the person to be trivial. I think that’s rather sad.

Porter: The thing is that here we’re moving between senses of price that are really kind of unrelated. The purchase of Haiti’s independence, I think, has very little to do with capitalism. It has more to do with colonialism.

Correspondent: Capitalism could be argued as a strand.

Porter: But this deal could have been made outside of a capitalistic society. This deal is not a function of capitalism. It is a function of the fact that one country controlled another and would not relinquish it unless getting something in return. And in fact, this has been a characteristic of colonialism way back into pre-capitalistic times. I wonder whether you’re not attributing too much significance to the idea of price as an ultimate driver of things that functions throughout history. And always in the same way. It seems to me that when you’re talking about the price of Haiti or the price of gas or the price of milk, the processes that you’re describing, with which you arrive at this ultimate variable of price, are totally different. And the transactions that are involved are totally different. And so yes, they’re all prices of course. But I’m not sure that they’re comparable. They seem a little bit like apples to oranges.

Correspondent: Even though price has a serious consequence upon a human life in some capacity, you’re saying that it’s best to look at price in terms of who sets the price and the consequence? I think I’m looking at it consequentially and you’re looking at it from a causist standpoint.