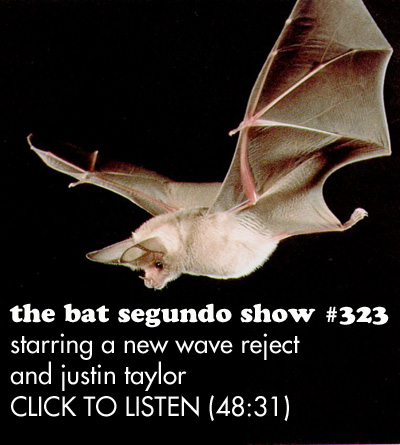 Justin Taylor recently appeared on The Bat Segundo Show #323. Mr. Taylor is most recently the author of Everything Here is the Best Thing Ever.

Subjects Discussed: Not naming protagonists until well into the stories, dissatisfaction with formality, how characters reveal themselves, gender confusion within “Weekend Away,” Taylor’s aversion to “bright neon signs” within narrative, the dangers of being too specific, similes, concluding lines and addressing the reader, the final line of “Jewels Flashing in the Night of Time,” Donald Barthelme and Taylor’s veer from the phantasmagorical, Sleeping Fish and 5_Trope, Shelley Jackson, the Gordon Lish school of writers, Gary Lutz’s “experimental” nature, Taylor’s concern for hair, describing Florida primarily through the weather, the helpfulness of knowing a place before writing a story, boundaries and possibilities within limitations, age declarations at the beginnings of stories, the difficulties of getting all the numbers worked out within “The New Life,” the important of precise age, research that comes after writing a story, eliding the coordinates of a Planned Parenthood, 1960s counterculture, the Grateful Dead, distrust of pithy maxims and prescriptive text, and believing in aspects of a story. 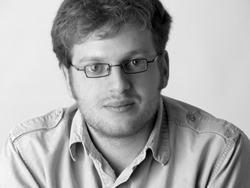 Correspondent: I wanted to go back to the hair. I had alluded to that earlier. It could just be me, but you do have a concern for hair. It’s often quite specific, as I suggested. You begin “Amber at the Window in Hurricane Season” by describing her pushing “a blond lock behind her ear, stray hairs glancing off a steel row of studs.” In “In My Heart I Am Already Gone,” you describe how Vicky “cuts her own bangs, a ragged diagonal like the torn hem of a nightgown.” In “Weekend Away,” the hitchhiker has “black, messy hair mostly covering his ears.” In “What Was Once All Yours,” Cass has hairy forearms. I’m curious about this hair. And also we haven’t alluded to the cat as well. Is it more of a protective element? You know, these characters are often barren against the elements, so to speak. And I’m curious about this. You are a hair man, I have to say.

Correspondent: Or are you the President of the Hair Club for Men? I don’t know.

Taylor: I can’t really answer for that. I mean, every writer has certain concerns or tics that they might not even be aware of. I asked a similar question to David Berman once. I got to interview him for The Brooklyn Rail. And I was asking him this question about water. I said, “You know, American Water.” And there’s this line in Actual Air. “All water is classic water.” I had, I don’t know, two or three other examples. And I finally just asked myself, “So what’s the deal with all the water?” And he said, “You know, nobody’s ever asked me that before.” And he really didn’t have an answer. And then he told this story about mowing his lawn on a hot day. Which I think was supposed to exemplify that water is — water’s nice. And, you know, I don’t know. Hair is nice, I guess. I don’t know why. Because it’s mostly haircuts, hairstyles. I don’t know why I notice. Those are like what I’m visualizing with a character that appears or seems to be worth mentioning rather than eye color or height or anything else. I don’t know.

Correspondent: Not one satisfactory haircut in your life?

Taylor: I’ve had some decent haircuts. But it was like a very early — it was when I was a really little kid. It would get long and I would be worried that I would look like a girl. And they would take me to get my hair cut. And then after it was cut, I would see myself in the mirror and I wouldn’t even recognize myself. And I would really lose it. And that doesn’t happen so much anymore. I’ve learned to recognize myself.

Taylor: There’s only so old you can be crying at a barbershop.