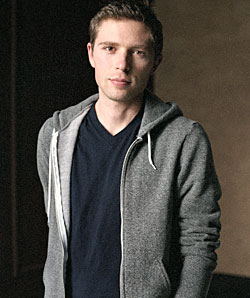 As the terrible news of Andrew Koenig’s suicide and Michael Blosil leaping to his death, both after long depressive bouts, emerged over the weekend, the New York Times Sunday Magazine had aided and abetted Jonah Lehrer’s continued slide into unhelpful Gladwellian generalizations by publishing his sloppy and insensitive article claiming that depression really isn’t that bad. Lehrer, an alleged bright young thing who found his own tipping point with How We Decide, appears to have cadged nuanced examples from such thoughtful books as Kay Redfield Jamison’s Touched with Fire and Daniel L. Schachter’s The Seven Sins of Memory, proving quite eager to cherrypick tendentious bits for a facile sudoku puzzle, or perhaps print’s answer to a “fair and balanced” FOX News segment, rather than a thoughtful consideration.

Lehrer attempts to establish a precedent with Charles Darwin’s mental health: a troubling task, given that the great evolutionist kicked the bucket around 130 years ago and, thus, didn’t exactly have the benefit of psychiatric professionals watching over his bunk, much less a DSM-IV manual. Lehrer suggests that the “fits” and “uncomfortable palpitation of the heart” that Darwin referenced in his letters represented depression. While it’s difficult to diagnose a mental condition in such a postmortem manner, John Bowlby’s helpful book, Charles Darwin: A New Life, has collected various efforts to pinpoint what Darwin was suffering from. And Bowlby’s results tell a different story. Darwin, who was very careful to consult the top medical authorities of his time, described his “uncomfortable palpitation” in a letter to J.S. Henslow on September 1837, when he was hard at work making sense of his data after the Beagle had landed back. In 1974, Sir George Pickering made an analysis of Darwin’s symptoms from these shards and attributed this state to Da Costa’s Syndrome, more commonly known as hyperventillation. Da Costa’s is most certainly unpleasant, but it is not depression. Dorland’s Medical Dictionary describes Da Costa’s as “a manifestation of an anxiety disorder, with the physical symptoms being a reaction to something perceived to be dangerous or otherwise a threat to the person, causing autonomic responses or hyperventilation.” (Emphasis added.) This diagnosis was backed up, as Bowlby notes, by Sir Hedley Atkins and Professor A.W. Woodruff.

Later in his book, Bowbly suggests that Darwin may have suffered from fairly severe depression during the months of April and September 1865 — which corroborates the “hysterical crying” that Lehrer eagerly collects and that Darwin conveyed to his doctor. But where Bowbly is careful to note that the “hysterical crying” leading to depression is a speculation based merely on a phrase and an anecdote conveyed by Darwin’s son, Leonard, Lehrer conflates both Darwin’s “hysterical crying” and Bowlby’s other non-depression examples into depression. Furthermore, Lehrer fails to note that the reason that Darwin was “not able to do anything one day out of three” (as he noted in a letter to Joseph Dalton Hooker on March 28, 1849) was because, as Darwin noted, his father had died the previous November. (Lehrer does note Darwin’s grief following the death of his ten-year-old daughter and proudly observes that the DSM manual specifies that the diagnosis of grief-related depressive disorder “is grief caused by bereavement, as long as the grief doesn’t last longer than two months.” But David H. Barlow’s Anxiety and Its Disorders cites a 1989 study*, which points out that “it is not uncommon for some individuals to grieve for a year or longer” and observes that some people may need longer than two months to escape severe incapacitating grief. A major depressive disorder may not necessarily be the result after two months of grief. In other words, the human mind is not necessarily an Easy-Bake oven.)

The basis for Lehrer’s thesis — that Darwin conquered the totality of his apparent “depression” to “succeed in science” and that his “depression” was “a clarifying force, focusing the mind on its most essential problems” — is predicated on a willful misreading of the primary sources, one that apparently eluded the indolent army of Times fact checkers, who only had to consult Bowlby’s more equitable analysis. This was irresponsible assembly from Lehrer: bad and inappropriate badinage intended to back up a sensational headline and convey Darwin as a falsely triumphant poster boy for severe depression. But depression is a deadly disorder, a condition that requires a less specious summary.

Lehrer later cites David Foster Wallace’s short story, “The Depressed Person,” as a qualifying example for how the depressive mind remains in a “recursive loop of woe.” One may find comparisons between DFW’s real depression and the details contained in the story. But the story, written in third person and loaded with clinical details, might also be read as something which depicts the regular world’s failure to comprehend inner torment. Prescriptive analysis may very well apply to patterns of behavior, but fiction is an altogether different measure.

It is doubtful that DFW ever intended his story to be some smoking gun for lazy cognitive science, as Lehrer insists that it is, when Lehrer declares that those with “ruminative tendencies” are more likely to be depressed. Daniel L. Schachter’s The Seven Sins of Memory, a book that Lehrer appears to have relied upon for the Susan Nolen-Hoeksema example, pointed out that people “who focus obsessively on their current negative moods and past negative events, are at a special risk for becoming trapped in such destructive self-perpetuating cycles.” But what of those who are ruminating after a positive mood or after positive events? The danger of using a phrase like “ruminative tendencies” is that it discounts Nolen-Hoeksema’s clear distinction between dysphoric subjects inclined to ruminate (and feel worse) and “nondysphoric subjects [who] would show no effects of either the rumination or distraction inductions on their moods.” Perhaps by warning his readership of “ruminative tendencies,” Lehrer is encouraging them not to ruminate and therefore become mildly depressed about Lehrer’s dim findings. Lehrer is right, however, about the Loma Prieta earthquake data (also found in the Schachter book). But his failure to distinguish between the dysphoric and nondysphoric perpetuates a convenient generalization rather than an article hoping to contend with conditional realities.

Near the end of his piece, Lehrer confesses that the criticisms against the analytic-rumination hypothesis are often responded to “by acknowledging that depression is a vast continuum, a catch-all term for a spectrum of symptoms.” Well, if only he had told us this at the head of the article before leading us down a rabbit hole. He later writes, “It’s too soon to judge the analytic-rumination hypothesis.” Well, it wasn’t too soon to speculate on Darwin’s letters (not all the result of depression) or David Foster Wallace’s inner psychological state, as reflected through a story.

Lehrer also brings up Joe Forgas’s experiments at a Sydney stationery store, whereby Forgas hoped to get his subjects to remember trinkets. He played different music to match the weather. Wet weather made the subjects sad, and the sadness made the subjects more attentive. But in a Financial Times article written by Stephen Pincock, Forgas was careful to note “that any benefits that he has found apply only to the passing mood or emotion of sadness, rather than the devastating illness that is severe, clinical depression.” Once again, Lehrer neglects to mention this scientific proviso, leading readers to conclude that Forgas’s results are more related to depression.

It’s also important to note that the Paul Andrews study Lehrer relies on, which drew an interesting correlation between negative mood and improved analysis, defines “depressive affect” as “an emotion characterized by negative effect and low arousal.” This is a fundamentally different metric from outright depression, which Andrews’s study is clear to specify. But Lehrer confuses the two terms and retreats back to his clumsy Darwin metaphor of “embrac[ing] the tonic of despair.”

I don’t doubt that Lehrer wished to point out how depressive affect, or modest negative feelings, need not translate into a crippling existence. But his distressing conflation of “depressive affect” and “depression,” and his insistence that even a modest negative feeling might be categorized as depression, may very well suggest to readers that hard-case depressives in serious need of care and treatment might do without these essential long-term remedies. As someone who has offered assistance to friends living with this very real condition, I find Lehrer’s willingness to lump every sad behavioral pattern into “depression” truly shocking. I’m also greatly concerned that the New York Times — the ostensible paper of record — has failed to fact-check the selected studies, thus misleading readers into believing that depression is always a “clarifying force.” Depression, as Andrews attempted to convey to Lehrer, is “a very delicate subject.” Andrew did not wish to say anything reckless for the record. It’s just too bad that Lehrer did.