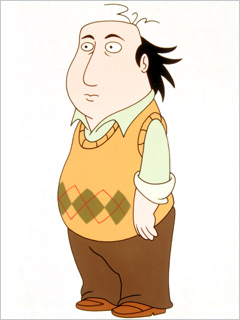 The critics fidgeted in their fat chairs, boasting of long lunches with publicists and grand gifts from studios, while waiting for the descent into darkness. They were all men – or, at least, the kind of inactive men who were becoming more commonly accepted in the early years of the twenty-first century. They couldn’t be bothererd to take a stand, unless you counted the pretentious essays they wrote for well-funded websites (and maybe one of those rare dead tree outlets) that only a handful of snobs regarded. They could talk for hours about the Italian Neorealists, but they would never dare fly to Italy unless someone else was footing the bill and their assistants had remembered to obtain passports.

The critics were truly amazing – not because of what they said or wrote about movies – but because they represented a sad and peculiar type of human specimen who remained almost completely out of touch on almost every important issue. You could call up these critics and ask them to rattle off Takuya Kimura’s last eight roles, but you couldn’t get them to say anything intelligent about the subprime crisis or the rising unemployment rate or Goldman Sachs. You couldn’t possibly get them to remark upon the warm smell of a Louisiana cypress or the first time they had truly loved a woman. But they could tell you of such moments that occurred within the woeful world of cinema. That tree’s slight sway in that one Tarkovsky shot. Was it intentional? It was at the 33:42 mark on the DVD, and it looked better in Blu-Ray than the torrent. And what had Kent Jones said about it at that panel that twenty-three civilized people had attended?

The critics would fight long and hard over whether Vertovian or Eisensteinian montage had made more of a cultural impact, but they would never stand up for the colleague who lost his job because he was considered too old and too wise. The critics would never look out for the young whipper-snapper who was lucky to have a job. The critics’s asses were relentlessly fixed to their chairs and it would be difficult to extract them. And, if one must delve down a sad opportunistic path, it might make a good reality TV show to see if these men could perform honest labor and demonstrate the extent of their bravado.

But there was a movie to write about. No notes required. The fastidious days of erudition were over. This would be a 300 word review. Oh Christ, longer than 90 minutes? Subtitles? Hope I don’t fall asleep. But there’s that junket tomorrow. Too bad I don’t have the balls to ask a real question.

The lights went down. The darkness might have cloaked the critics if the professional exercise had not been so transparent.