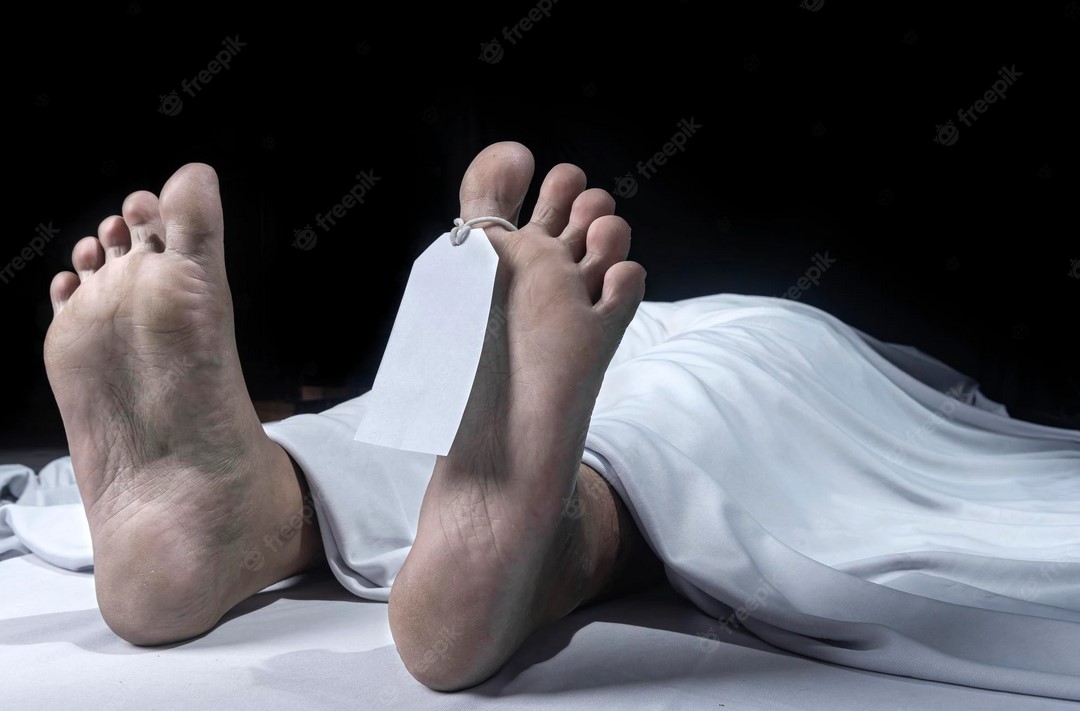 In the twenty-third chapter of this ongoing NaNoWriMo experiment, more sinister truths about the ring bubble to the surface.

Contrary to what most people have seen in movies or listened to on true crime podcasts, it is actually quite difficult to get rid of a dead body — as David Leich was swiftly learning. For one thing, a dead body is extremely messy and disgusting and, even if you are the most prodigious deep cleaner in the world, it will take hours to dispose of it properly. There are also DNA samples to worry about, the potential witnesses who can testify against you later, and, most annoyingly, settling upon a proper place to ditch the corpse. Which is a lot more complicated than trying to find a decent fusion restaurant in the Lower East Side for that promising date from Bumble.

Leich had believed he could simply dump Budruck into the East River, a tried and true venue that was used by many mobster and where it is estimated that at least one freshly dead body sinks to the bottom every week. The most courageous deep divers rarely talk about all the skeletons that have seen at the bottom, largely because it is quite embarrassing to be aware of the full extent of human depravity, but mostly because they are too busy worrying about whether or not the toxic water will cause their hair to fall out or shorten their life span in some way. But somehow Nature has accommodated the vast influx of homicides over the centuries. Which is quite impressive, given that the East River runs a mere sixteen miles and has a maximum depth of 108 feet. Escalated climate change in the 2020s had caused some of these human remains to wash up on the shores of Brooklyn and Manhattan more and more. And even the gangsters had to confess that the East River was not as reliable as it had once had been.

But Leich, for all of his self-professed smarts, was not a professional on this front. He had taken on the disposal of Budruck’s body himself, much like sheltered affluent types believe that they can hang drywall. And he was realizing that the stink and mess of Budruck, complete with the dripping geyser still spilling from Budruck’s recently hammered skull, was a lot tougher to scour than a wine stain from his couch.

Should he chop the body into several bits? Well, that would create a bloodier mess. He had busted out a large burlap rucksack he had used back in his upstate hiking days. But there was no way that Budruck was going to fit into it. And then there was Budruck’s weight to factor in. 170 pounds perhaps? He had once been able to bench-press 300 pounds, but was not in the best shape these days. Why had he allowed pride to overwhelm him when the vacuum guys had called? You needed at least one other guy for a job like this. And Leich had somehow managed to alienate everyone. Even the sociopathic writers who shared his hatred of Mike Harvest didn’t come around for dinner and drinks anymore.

So he had moved around a lot of furniture. And he heard the thumps from downstairs: the neighbors complaining with loud booming collisions against the ceiling at the worst possible time. And he shouted obscenities through the floor. And they stopped. And he tried to mop up the mess, doing better than most people in the situation. And the repugnant smell caused him to puke several times in the bathroom. But he kept at. Leich kept at it. Only succeeding in making a bigger mess, particularly when he had unwisely tried to saw the body in half.

More bangs on the floor from downstairs.

Those goddamned neighbors. Would he have to kill them too? That seemed a bit ridiculous. There were five people who lived downstairs. An entire family. Yes, they were annoying, but that seemed like too much work. And then he would have six bodies to dispose of instead of one. The criminal answer to running a triathlon.

Just as he was about to swallow his pride and call back the vacuum guys, there was a knock on his door.

He looked through the eyehole. Two cops. One doughy, one in shape.

They knocked again in that hard masculine way that cops tend to rap on doors. It is a knock that usually fails to consider that the person on the other side may be a PTSD victim.

He grabbed a bedsheet and a comforter from the closet and tossed it over the dead body. Even beneath this, Budruck still clearly resembled a human.

“Mr. Leich, we just want to have a word with you.”

He raced to the bathroom and splashed water on his face, hoping that nothing of Budruck’s blood or skull fleck was there. Then he hastily put on a new shirt as the cops still knocked and opened the door.

“We’re responding to a noise complaint.”

“Uh, don’t you have bigger problems?”

There was more gunfire outside.

“What?” said the doughy cop.

“For fuck’s sake, did you hear that?”

“The dispatcher sent us here,” said the fit cop.

The screaming in the streets continued.

“Wouldn’t you say that that is a bigger problem than a noise complaint?” said Leich, genuinely astonished.

“That’s not for us to say,” said the doughy cop.

“We don’t make the rules,” said the fit cop.

The fit cop glanced behind Leich and saw the hasty job that Leich had made covering up Budruck, who appeared to be sitting on the settee.

“Do you mind if we come in?” said the doughy cop.

“There’s a protocol in place,” said the fit cop.

“We don’t make the rules,” said the doughy cop.

“Sir, I’m going to have to ask you to step aside,” said the doughy cop, punctuated by radio crackle.

And that’s when the fear gripped Leich. He rushed out of his apartment. But the two cops had anticipated this. And by the time Leich had hit the floor below, the doughy cop — that hideous mass of high carbs and too many trips to Dunkin Donuts, of all people, had pinned him to the marble surface and had his hands manacled behind his back. They read him his Miranda rights and Leich’s frightened head darted left at the sound of a door opening. The apartment below him. A woman who was in her early fifties looked at Leich with contempt.

“Ma’am,” said the fit cop, “please return to your residence. It’s not safe.”

But the woman refused. There was a guttural hem from her throat and she unleashed an impressively phlegm of spit onto Leich’s graying head. It was, after all, important to mark your territory.

“Ma’am,” said the fit cop, “there will be plenty of time for that later. Please return to your residence.”

And the woman silently closed the door. She had a huge smile on her face and she slept very well that night, even as the rolls of gunfire showed no signs of waning.

Seven hundred miles south of David Leich’s apartment, Sophie Van Kleason had listened to Debbie Ballard. And she was relieved that Ali Breslin had managed to get many of the details wrong, but she still knew enough truths about the past. Enough truths to be a serious problem. At least that’s what Stroller had told her yesterday on the phone. Stroller said that he was on it and that anyone looking into the ring was going to be taken care of. She shuddered at the coldblooded tone of his voice. She knew what he had meant. She also knew what he had meant when he said that there would come a time in which she would have to make a big move herself. She wouldn’t be surprised if Ali Breslin was dead by now.

“So you can see that this is very serious,” said Debbie. “Your former husband was part of the trafficking ring and Gingrich Moore was the main contact in the publishing world.”

“Gingrich Moore,” laughed Sophie. She wondered what Bill Flogaast thought about all this. Yes, Ginny had been his rival and had ruined his career. But even this publicity spin, this revenge that Flogaast had so masterfully executed, was impressive. And that was the thing about Flogaast, wasn’t it? Everyone simply assumed that publicists were stupid. But if you were the king of the land, you not only knew where the bodies were buried, but how to make people believe that others had murdered them. I mean, look at how they had turned Teddy Winner into a pariah because they resented his smarts and his talent. Look at how they had made everyone in the media world — even Brad Carmody! — falsely believe that he was dangerous when he was merely a boisterous smartass.

“All the literary Daves were involved. And the Senator was too. And Ezmerelda Gibbons…”

Yes. No. And no, thought Sophie.

“What do you really know about Ezmerelda?” asked Sophie.

“She trained with the Senator too, didn’t she?”

“Then it stands to reason that she would have a motive to get rid of my husband.”

Clark looked at Sophie with that fawning romantic naivete that you often see in men who have spent half their lives being steamrolled.

“But Ezmerelda was innocent! Breslin talked with numerous witnesses. She has alibis! Lots of them who point out that she wasn’t anywhere near your old home at the time of the murder. If only we knew who the man was in the video.”

“The last OnlyFans video that Ezmerelda made before walking away!”

“So why did you come here?”

“Because you’re an old friend, Sophie,” said Debbie. “And I figured that you would have some answers.”

“Can you leave her alone?” snapped Clark. “Hasn’t she been through enough already?”

Sophie wheeled her chair around and looked Clark in the eye.

“With every waking breath.”

God, she hated to do this to Clark. She had grown so fond of him. He had been so squeaky clean. So innocent. She actually wanted to love him. If Ali Breslin hadn’t poked her nose so indefatigably into her past, then she might have had a shot at a normal life. But she knew that was beyond her now. They’d find out soon enough that she had been another Ghislaine Maxwell.

And she did miss the old days. The men who begged to be hurt. The way that Paul sobbed when first learning the full extent of her many affairs. The way that he had begged him to stop. And the way that she had so nimbly manipulated him to be the fall guy for the ring.

“Would you do anything for me?” she said.

“Sophie,” said Debbie with the concern of someone who had somehow missed a dusty corner while cleaning the house, “what’s going on between you two?”

“Clark, I need you to kill Debbie.”

And the hell of it was that he did. In the end, all men guided by their dicks were the same.